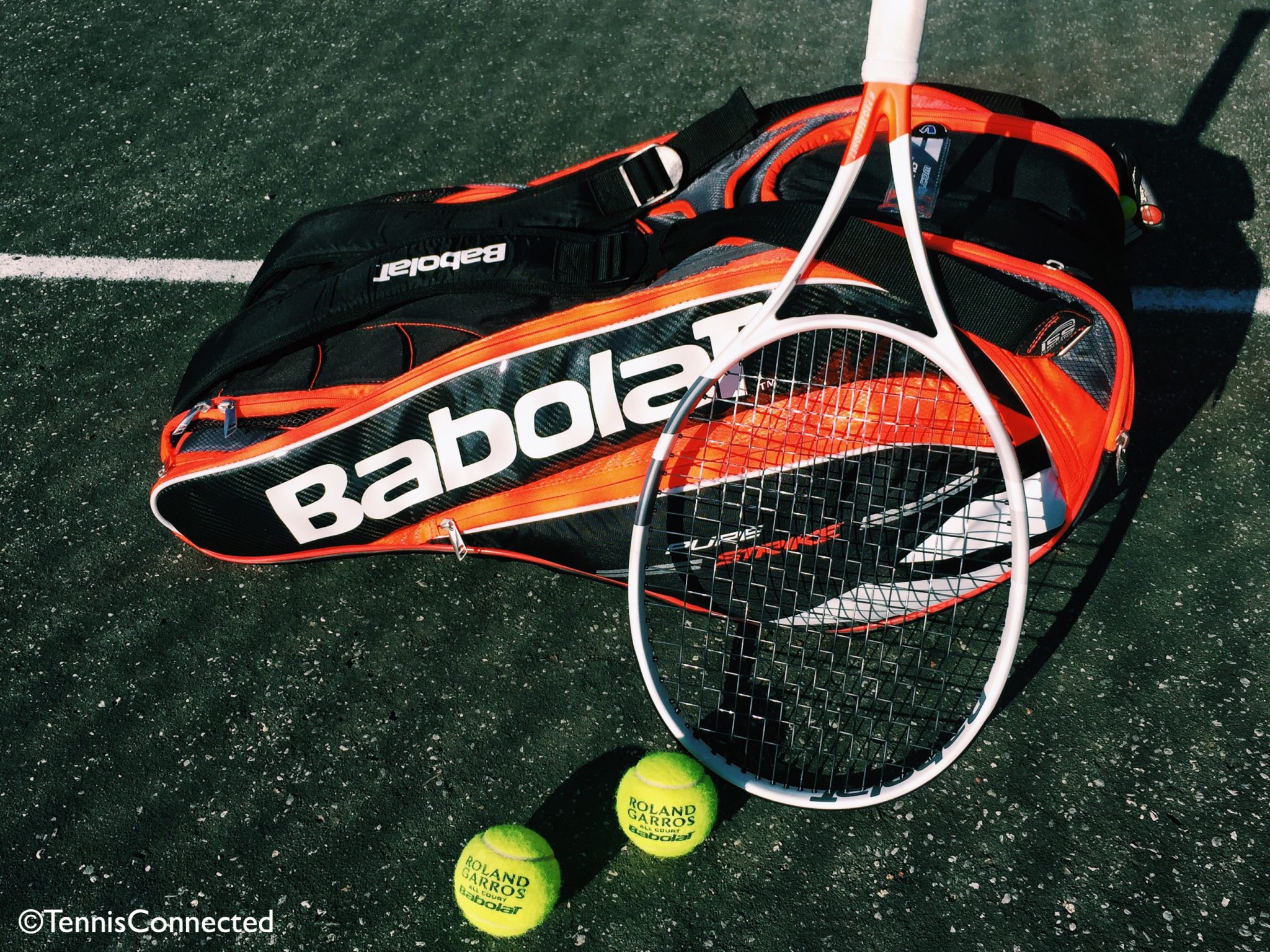 Being a Babolat sponsored pro for over 12 years, and a predominate user of the Pure Aero Series during that time, I was initially intrigued by the hype surrounding the all-new #ProjectOne7 (Pure Strike) racket that Austrian Dominic Thiem started sporting at Monte Carlo earlier this year. Was this racket really an upgrade from the Strike Series, or was it a completely different frame with a whole new range of specs?

Apart from the cool paint-job that gave it the limited edition vibe that everyone enjoys, the #ProjectOne7 (Pure Strike) felt relatively light at first try and slightly towards handle heavy. Using the latest version of the Pure Aero Tour—which is far and away a heavier and stiffer racket than the #ProjectOne7 (Pure Strike)—I was surprised at how smooth and consistent the racket was on ground-strokes and volleys.

Not one to prefer lighter stock rackets, I was impressed at how user friendly the #ProjectOne7 (Pure Strike) was from the first hit forward. The #ProjectOne7 did not provide the same pop and spin that I’ve received from the Pure Aero Tour, but where it out performs the Pure Aero Tour is in the crisp and consistent sweet spot that it provided. I literally felt as though I didn’t mishit a ball for the entire two hour hitting session.

Now, there is always a “honeymoon” period when a new racket is placed into a player’s hand, but after using the #ProjectOne7 (Pure Strike) for upwards of 8 hours, I can conclude that my initial feelings toward the frame stayed consistent.

Being a player that hits a lot spin on his forehand and a pretty flat backhand, I usually tend to choose rackets based on how they respond to my forehand as the racket speed and spin generated make a big difference toward that stroke. The Pure Aero Tour provided great balance throughout my forehand swing, and about as much plow-through on the groundies that were needed. Subsequently, the #ProjectOne7 (Pure Strike)—even though it is a lighter frame—still provided great stability on the forehand as well as excellent response to backhands hit cross-court or down-the-line. Again, as this is a prototype racket, specs were not available and thus it’s hard to gauge exactly how the racket compared from a numbers standpoint to the Pure Aero Tour.

Using RPM Team string at 45LBS for both the Pure Aero Tour and #ProjectOne7 (Pure Strike), I really had no trouble adjusting back and forth as I continued to make comparisons. Thanks again to the good people at Merchant of Tennis for the stringing up my frames. 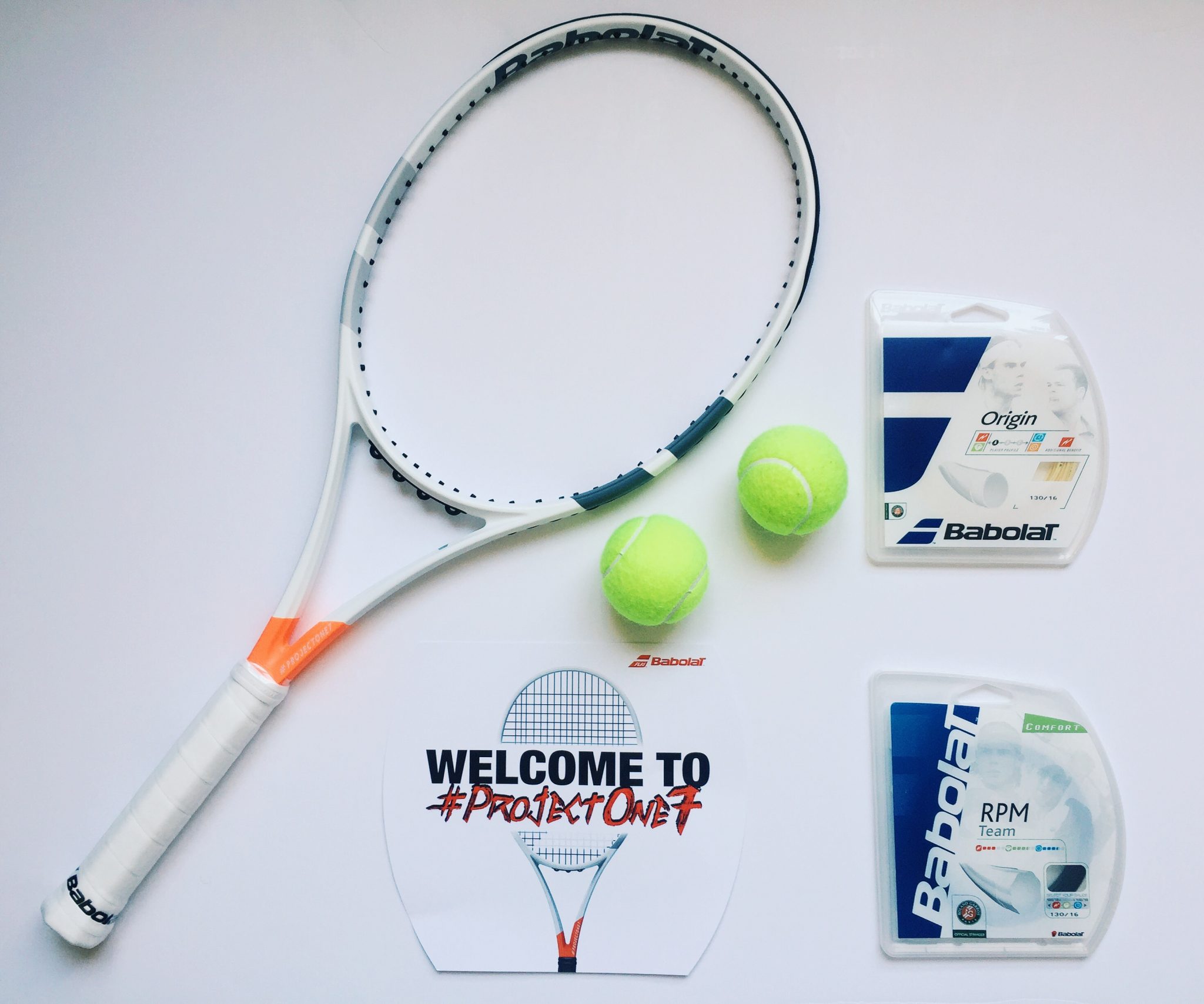 Prior to changing to the Pure Aero Tour earlier this year from the Aero Pro Drive, I constantly applied lead tape to all my frames at 3 and 9 o’clock as well as underneath the grip. With the change to the Pure Aero Tour, I had no need to apply lead-tape as the weight and balance were spot on. I have yet to apply any lead-tape to the #ProjectOne7 (Pure Strike) as I wanted to keep the specs as pure as possible and use the frame as it was given. Heavier rackets in general help me toward gaining greater racket head speed and spin on my serve, but because the #ProjectOne7 had such a great sweet spot and allowed for more flexibility than that Pure Aero Tour, I did see more spin generated on my serve, especially on slice serves out wide on the deuce side and down the tee on the ad side. Overall, the #ProjectOne7 (Pure Strike) doesn’t have the same pace potential as a thicker beamed racket, but the spin potential is definitely the same or greater.

Being one of my favorite shots in the game, I really judge a racket by how it helps me to return. I absolutely love teeing off and unloading a forehand return on the deuce side or a backhand return wide on the ad. The Pure Aero Tour added even more spin and velocity to my returns throughout the course of this year and although I can’t say that the #ProjectOne7 (Pure Strike) allowed for more pop on returning first or second serves, what I can say is that it aided in a higher percentage of returns with more than adequate depth and speed.

Being with Babolat for more than a decade has seen my enjoy and test drive almost every generation of the Pure Drive, Pure Aero and now #ProjectOne7 (Pure Strike) series of rackets. It’s clear that Babolat has aimed to improve on the playability of the Strike and there’s no doubt that they have done so. The combination of flexibility, firmness and precision of the #ProjectOne7 (Pure Strike) is truly a testament to the R&D that Babolat have put into this new prototype frame. Here’s hoping that the final specs do not change drastically as this specific model will cater to many different player styles.

Purchase the Project One 7 (Pure Strike): In the US at the following link: TennisWarehouse, in Europe at TennisWarehouse-Europe and in Canada at: MerchantofTennis.