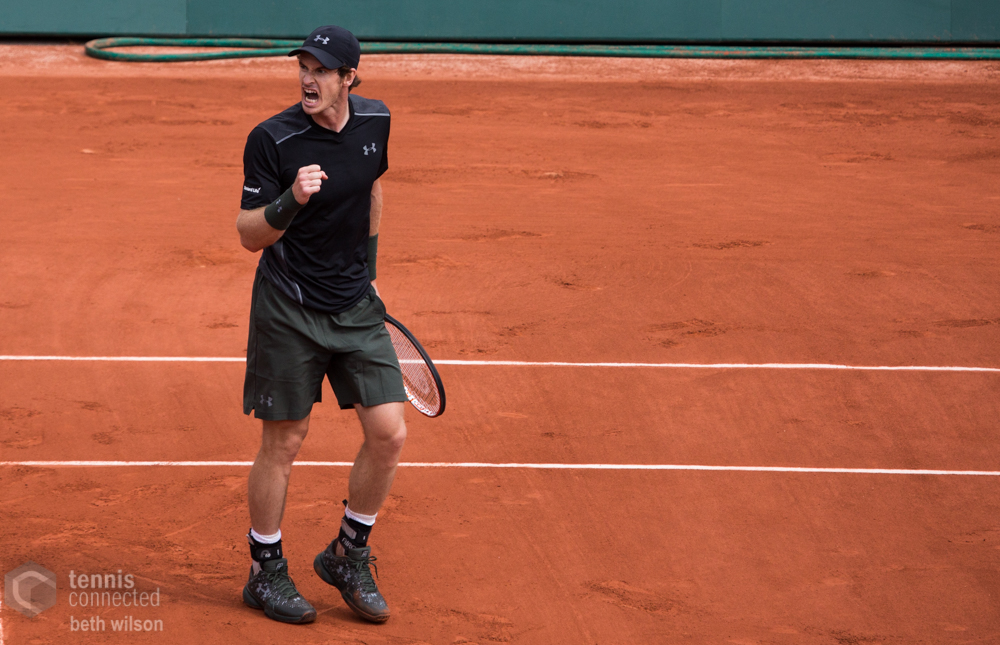 Roland Garros was the scene of much misery as rainfall held up play for the second day running. For the first time in 16 years, Monday was a total washout. Tuesday too would have been forgone if the tournament organisers hadn’t managed to squeeze in a dodgy 2 hours of play amidst the lighter spells of downpour.

Rain is clearly a gloomy affair for players and spectators alike, but can Mother Nature influence the outcome of a match? Novak Djokovic certainly wrestled with the conditions as he lost the first set to Roberto Batista-Agut. The sludgy court and soaked balls proved a physical struggle for both Simona Halep and Agnieszka Radwanska. Both women seeds finally succumbed.

The tournament’s decision to proceed in the rain drew stinging criticism from some players, particularly those affected.

“I’m just so surprised and angry that.. we have to play in the rain,” Radwanska fumed. “I cannot play in those conditions.”

Halep told reporters, “… I was close to getting injured with my back, so that’s a big problem.”

However, others believe that weather conditions can’t always be perfect and it’s a factor which all players must adjust to. Though rainfall would create a hazardous situation on hardcourt and grass, the clay court is actually designed to absorb water. This makes it uncomfortable and challenging for players, but not dangerous.

Though no one can agree whether or not to proceed with rain play, no one will argue that a roof over Philippe Chatrier would solve a plethora of problems.

Perhaps the dark horse of the tournament has been Richard Gasquet. His clay season was mediocre, thus grand slam expectations were low. But he has come to Roland Garros as a man with unexpected confidence and determination. His backhand in particular has reeled off winner after winner. It is perfection.

This will not be their first grand slam match he and Andy Murray have contested. Their memorable encounters include 2008 Wimbledon and 2010 Roland Garros, when Gasquet both times blew a two-set lead and Murray fought back to prevail.

As young players, Gasquet was the more talented one, reaching Wimbledon semis in 2007. But talent was not enough. From that point his performance stagnated and his career plateaued. Meanwhile Murray, who started out as promising, rose with a sharp trajectory that no one predicted. Determined and dogged, he catapulted himself into the “Big 4”, winning two slams and Olympic gold as well as being a regular feature in semis and finals.

Though their style of play differs considerably, what ultimately sets them apart is their consistency and mentality. Murray has become a monster player. Tireless and unfailing, the world number two rarely drops his level of play. Like a trusty golden retriever, he tracks down all almost every last ball.
Though also a tough competitor, Gasquet has often withered under the spotlight. He shows flashes of genius, awe-inspiring ground strokes, followed by self-implosion.

Gasquet’s coach, Sergi Bruguera, argues that the major change to Gasquet’s game is his improved mentality. “He keeps fighting in difficult moments”, the former French Open champion told the press. He has also knuckled down to play the big points much better. Overall this a more positive shinier Gasquet.

With a win in Rome and the finals in Madrid, Murray is in suoer form this clay season. As Gasquet trails Murray 3-7 in their head to head, the odds are strongly in the Scott’s favour. But if Gasquet maintains the same confidence and level of play that got him here, there could be potential for a spectacular upset.