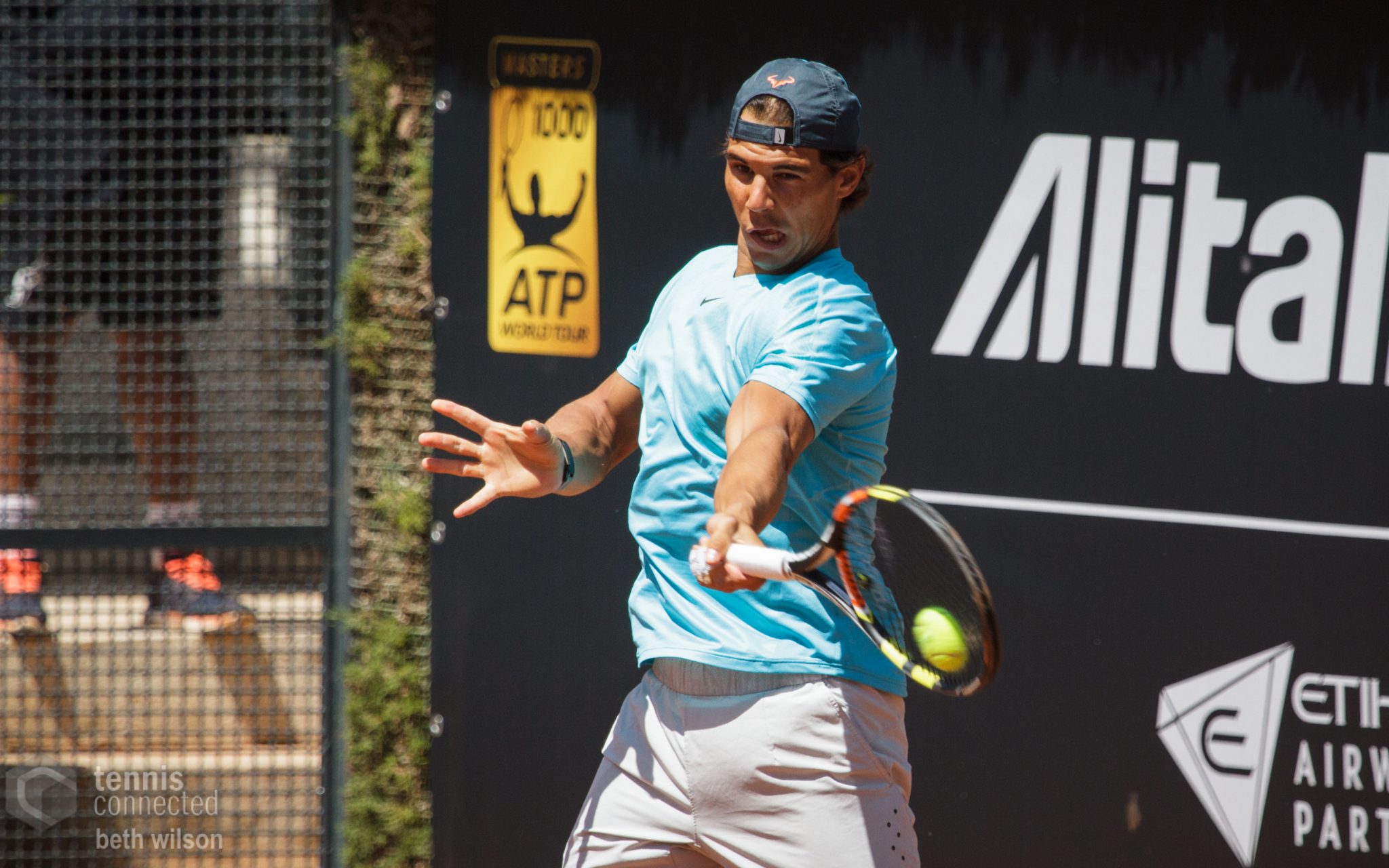 Welcome to Tennis Elbow, the column that looks back on the week that was in the world of tennis. This week, Charles Blouin-Gascon previews the 2016 Mutua Madrid Open.

Let’s start there, sure: the blue clay. In 2012, Ion Tiriac, a former ATP pro from Romania, and the owner of the Mutua Madrid Open, decided to rebrand the event by having players play on blue clay.

Really. It was not unlike the folks at hard court events deciding to move from the green court to a two-toned, green-and-purple court. That is, not unlike except for the fact that in this case, Tiriac walked back the switch by going back to the typical clay court only one year after moving to blue clay.

But if only for a year, this was fun.

–Rafael Nadal, superhero. King Rafa has won all 10 of his previous matches, turning back the clock and acting dominant during clay court season once again in 2016. For some, it’s been a sign of things to come, a sign that the Rafael Nadal of old is back and ready to spoil dreams once more. We’re not so confident, at least not yet.

–What now, Novak? Can Novak Djokovic do it? The Serb and best player in the world may only get a few more occasions to complete the career Grand Slam before he retires, and this year is as good as any other season to add a Coupe Des Mousquetaires to his trophy case. If he hopes to do this, he’ll have to start winning some matches on clay.

–Rafael Nadal beating down Roger Federer. Unlike what many may claim, we’ll be ready to say that Nadal is indeed back if and only when he dominates Roger Federer in what’s become such a one-sided rivalry.

–What now, Novak? You’ll say that I’m cheating and that I’m entirely non-objective, given that I love the Serb and that I would love to see him do well. There are those who believed that Djokovic’s finals streak was boring and meant nothing, but we Nole fans disagree; that’s why it’ll really be sad if Djokovic actually is affected and can’t complete the career Grand Slam once we arrive at the French Open. Let’s get a few wins under your belt, Nole.

–Anything is possible. By which we mean that any number of players can realistically hope for the best in Madrid; it’s the type of main draws that feels ripe for just about anyone. Let’s see who steps up.

–Victoria Azarenka, supernova. Don’t look now, but Victoria Azarenka, formerly the world’s best player for some time in 2012, is now up to No. 5 after a fuego start to this 2016 season that includes three titles, including the Miami/Indian Wells double. Should Maria Sharapova a miss significant amount of time, this return to prominence of Azarenka would be great.

–Agnieszka Radwanska, No. 1 seed. This certainly isn’t a knock against the Polish player, quite the accomplished star in her own right—but Agnieszka Radwanska is not in Serena Williams’s league (because nobody is, we know). But with Williams missing the event with the flu, and Sharapova’s ongoing meldonium saga, it feels like there’s a little lack of star power in Madrid for a WTA Tour Premier event.