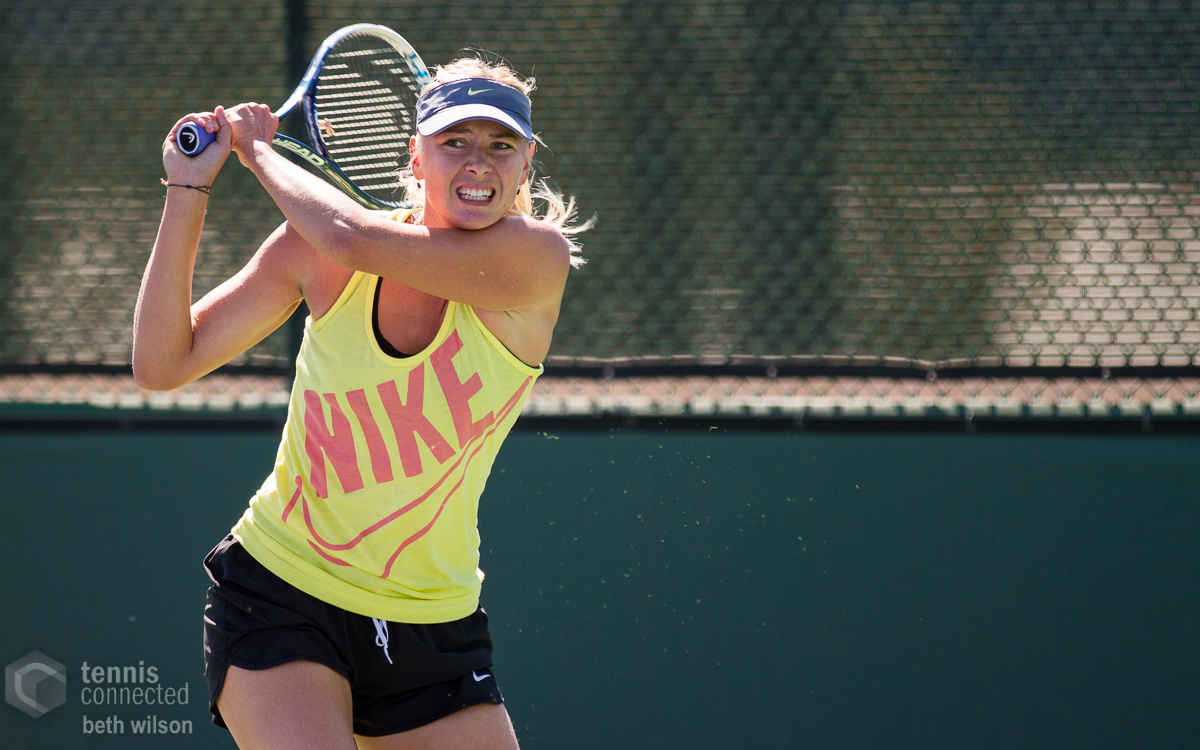 Welcome to Tennis Elbow, the column that looks back on the week that was in the world of tennis. This week, Charles Blouin-Gascon discusses the latest in the meldonium doping saga

At long last, we have new developments in the ongoing tennis doping saga.

Alright alright, maybe we’re overselling it with this opener, because who knows if it’s really a saga at all, but there certainly appears to be some news in what has become our favourite story of this 2016 season.

Let’s remind folks that since January 1, 2016, the World Anti-Doping Agency (WADA) has banned meldonium. Let’s also remind folks that Maria Sharapova has been out of tennis since March 8 when she announced that she had tested positive for the substance at this year’s Australian Open, and that she’s (or had) been using meldonium for the better part of the past decade.

Okay, but you knew that already. So what’s new?

What’s new is that we may know when Sharapova’s disciplinary hearing will happen and, most importantly, that a ruling may come before the start of Wimbledon. This is important, because the Russian Federation wants Sharapova to compete in the 2016 Rio de Janeiro Olympic Games and, also, well that the following is the punishment that the 29-year-old faces.

…unless it doesn’t come to that?

Oh you’ll accuse us of burying the lede, we know, but we don’t mind; it’s just too good.

You see, while there have been 172 positive tests for meldonium in 2016, not to mention Sharapova and the fact that the Russian U18 hockey team pulled out of competition on the eve of a tournament, WADA now has released one incredible mea culpa. “There is currently a lack of clear scientific information on excretion times,” the organization mentioned.

We’ll put this in clearer terms: WADA really has no idea just how long meldonium may stay in an athlete’s system.

You can see the logical conclusion: this means that an athlete like, hmm, say Sharapova may have consumed meldonium for the last time at some point in 2015 (when meldonium was legal) but still see signs of the substance in their system in 2016 (with meldonium now illegal). WADA even recognizes that in this case, said athlete may be capable of proving that they «could not have known or suspected» that a positive test would occur.  “In these circumstances, WADA considers that there may be grounds for no fault or negligence on the part of the athlete,” added the organization.

Again, in clearer terms, this means that an athlete could argue that they shouldn’t be punished because, well, that trace of meldonium is just an old residue from 2015.

So again we ask: really?? Really.

Of course, incoming WADA director general Olivier Niggli has said that Sharapova’s case absolutely must move forward. “For her, given her levels [of meldonium], it is not even a question,” Niggli told The Associated Press this week.

Niggli is a dreamer, so we’re inclined to continue allowing him to show his ass. Keep going, WADA, because you see, it actually is a question with Sharapova whether she should be punished at all—and it’s all your own fault.

Oh you’ll say that we’re exaggerating, that painting a grim picture from one unfortunate case, that we’re not saying all this in good faith. Sure—and we’re actually doing precisely what WADA is doing: because punishing athletes before they’ve done their homework is anything but good faith.

Otherwise, we’ll simply repeat what we wrote in this space not so long ago: that we’re not looking to grandstand anyone here, and that in our eyes the difference between someone injecting a substance like meldonium in their body and someone replacing a torn ligament in their elbow with a tendon; well that difference is mostly one of degree.

It’s a topic we’ll revisit again once the Sharapova ruling is announced.