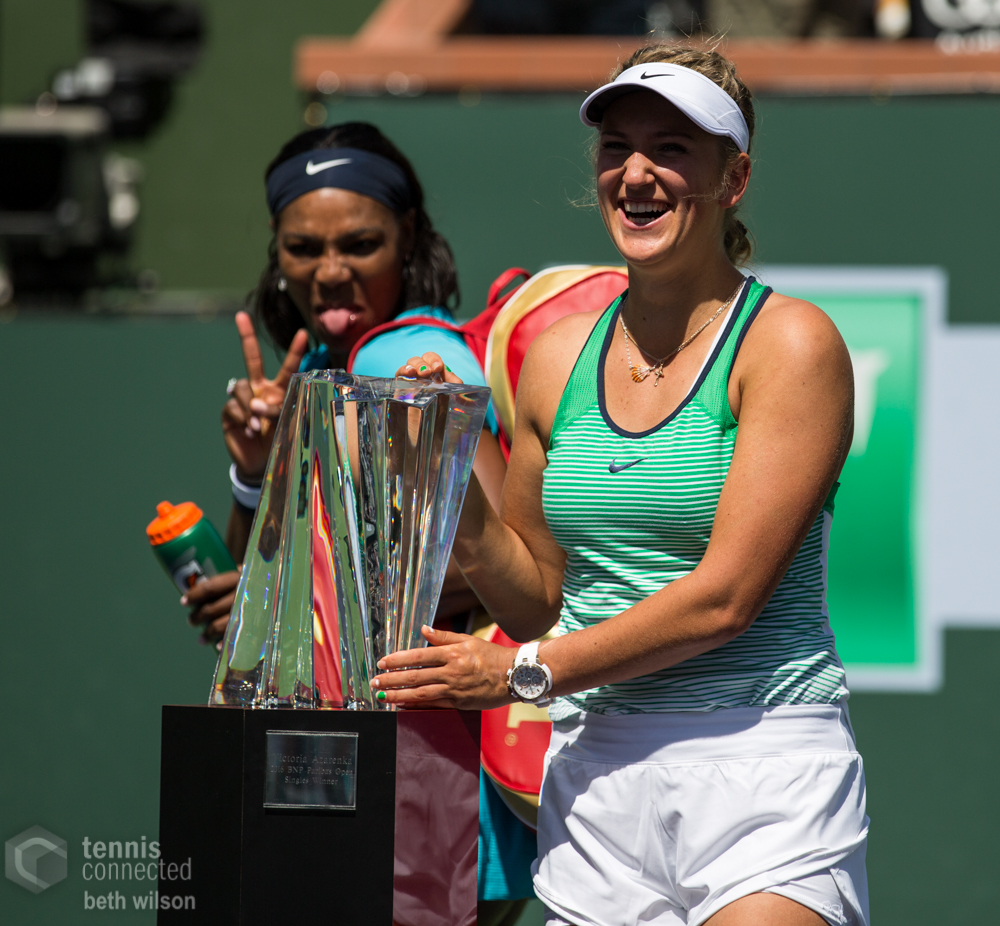 Welcome to Tennis Elbow, the column that looks back on the week that was in the world of tennis. This week, Charles Blouin-Gascon examines the latest with BNP Paribas Open CEO Raymond Moore and the Miami Open men’s and women’s draws.

Apparently, the tournaments follow one another in pretty similar fashion, right?

The last time we were set on writing an event preview, the news that Maria Sharapova had failed a drug test broke just at the Australian Open.

This, in fact, made for a richer and better preview—and I’m glad it’s happened again this week, just before the 2016 Miami Open, presented by Itau. In this case, it’s Indian Wells tournament director Raymond Moore who, maybe out of spite, jealousy, stupidity, or whatever else, decided to say something incredibly 1) sexist, 2) offensive and 3) idiotic.

Indian Wells CEO Raymond Moore's remarks this morning not likely to delight the WTA, its players, or fans: pic.twitter.com/56zSV0SK2X

See? Pretty moronic, right? Don’t give me that «everyone is entitled to their own opinion» stuff; the consequence of that is that I’m entitled to my opinion of thinking your opinion is fairly moronic. And if you don’t believe me, please understand that Moore has since resigned from his position.

In all likelihood, this will become a thing where any- and everyone will start debating the merits of gender equality in tennis, asking past, present and future champions what  they believe on the topic and taking mostly everyone unprepared as they stumble through a somewhat coherent opinion.

Come back next week to see us discuss this in earnest and more detail, as well as Novak Djokovic’s problematic thinking on the matter. For now, we’ll give you Serena Williams’s answer and move on to the draws of this 2016 Miami Open.

–Uncertainty at the top? Could it be that for the first time in a long while, Serena Williams isn’t quite as all-powerful as in years past? It would make sense given her age, sure, but we’re probably grabbing at straws here: while Williams has lost the two finals she reached in 2016, the fact of the matter is that she did reach the final of the two tournaments she competed in this year. Still, a two- or three-headed WTA Tour, rather than a Serena Williams monopoly, wouldn’t be bad.

–The absence of Maria Sharapova. Face it, the Russian is perhaps the second biggest name in women’s tennis and her suspension and scandal hurt the sport. She wasn’t necessarily the best player, but she was a credible force at the top—at least until she faced Serena Williams, against whom Maria Sharapova is mostly hopeless.

–Upsets galore. Once again, we’ll mention that there is a fine line between an event where upsets create a good buzz and one where upsets reign supreme to the point where the average fan finds it overwhelming.

–The dominance of Novak Djokovic. Well whaddayaknow, it turns out that the end of the streak that means something… really doesn’t mean much other than it took the perfect storm to create a streak that ultimately doesn’t matter. He still hasn’t lost in 2016 in matches he hasn’t had to walk off the court and he still profiles as the favourite just about everywhere. Just, you know, don’t listen to him on prize money and gender equality.

–The return of Roger Federer. King Roger has been missing in action for over a month after injuring his knee, missing the BNP Paribas Open where he’s typically played and excelled. But he lit up the Twittersphere when he announced he was coming back this week.

–Milos Raonic’s injury. Before the season, Milos Raonic made changes to his coaching staff, naming Carlos Moya as his head coach and parting ways with Ivan Ljubicic; this prompted us asking whether we’d see a different Raonic in 2016 and, so far, we can probably say that yes, we have. While he was mostly non-competitive against Djokovic in the Indian Wells final, that he made it this far after returning from an abductor injury is a net positive. As of this writing, the Canadian still hasn’t announced that he would miss this Miami Open; even if he does compete, he may be diminished, which is too bad because this draw is within his grasp.

–But will Federer’s return be one to form? Still, it remains to be seen just how good and ready Federer will be in his first matches back from injury. We’re on the record as saying that we don’t believe the Swiss will manage to snatch a singles gold medal this year in Rio; if that’s the case, will he keep playing beyond this season? In other words, is 2016 the final curtain call for Federer?