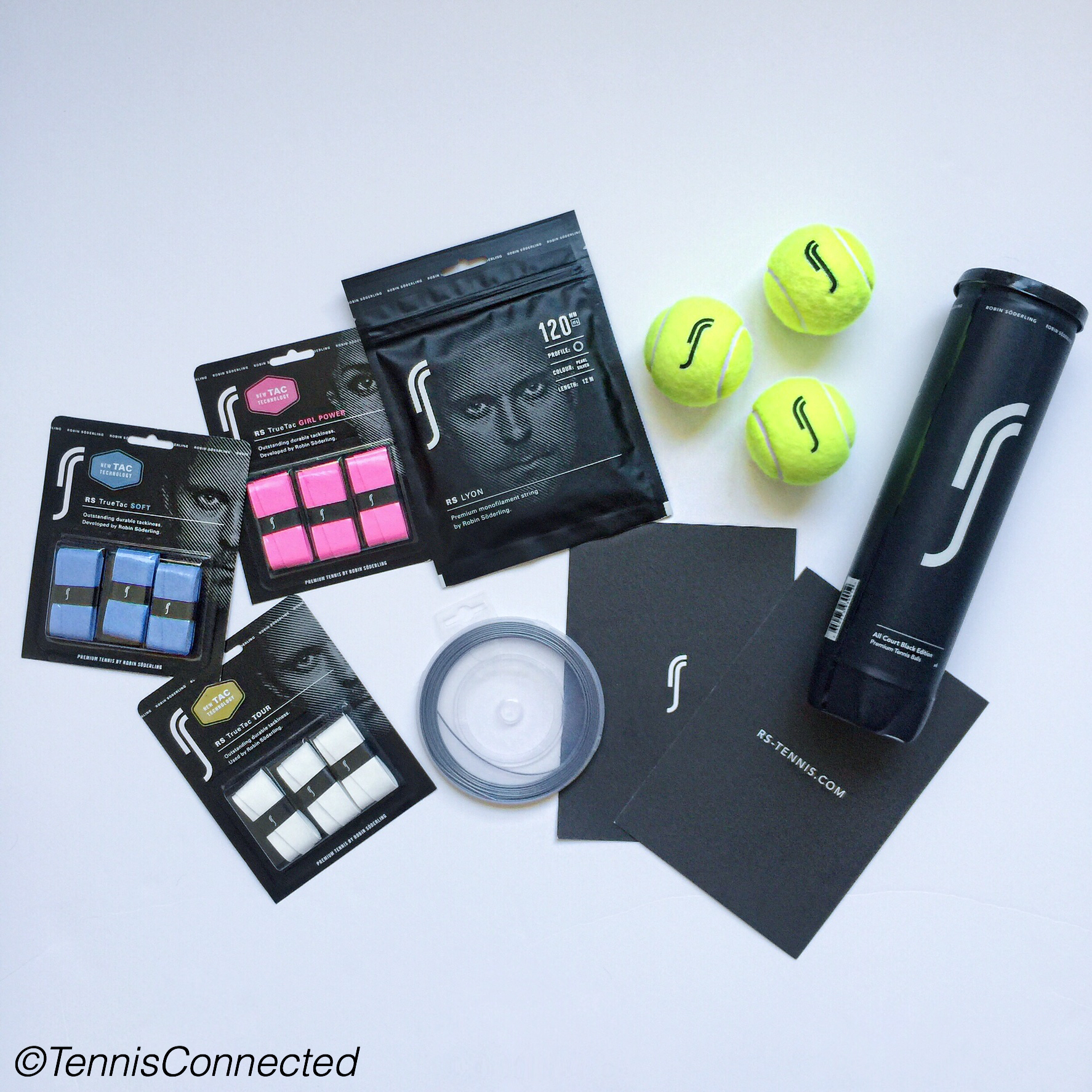 Remembered as the only player to defeat Rafa Nadal at the French prior to Novak Djokovic dismissed him last year, Swede Robin Soderling is now enjoying a successful retirement from the sport with the induction of his own RS Brand of balls, strings and grips. Reaching a career high of No. 4 in the world, the two-time French Open runner up has continued to develop premium products for the needs of the true professionals on the ATP World Tour. In the interview below, we catch up of Soderling and ask him about his life away from the Tour, his ever-popular RS Brand, and who he enjoys watching the most from the current crop of Touring professionals.

1. How has retirement been treating you?

Naturally it has been a tough process. I really tried to come back during the last few years, but finally I had to accept that the body didn’t allow me to work on the level I needed to be able to get back on the tour in the shape needed to compete with the best players. As an athlete you want to end your career when your mind has had enough, not because of the body talking a different language than your brain. But I had some years to get used to the thought and I think I have managed to deal with the fact in a good manner.

2. What prompted you to start the RS brand?

Well, actually everything started with me talking for fun with a friend, one of my current partners of RS about what to do during the absence from the Tour. I had been asked several times from journalists “what is the best ball you have ever played with”. I had some balls I thought were good but not one particular favorite. We started debating however it was possible or not to develop “the perfect ball”. Then everything started as a fun project without focus on building a brand but once the ball was ready for launch after a year of hard work and development, working with a fantastic factory, the demand and requests from all over the world started to drop in. So, we didn’t really have a choice since we went from fun to distributing RS tennis balls across the globe in a very short time after the launch. After that start, we realized that there actually was a temptation for something new in the business, and we started to develop the brand further, which led to a new string and also a new over-grip. I can honestly and proudly say that I use all the products myself and that has always been and will always be a key for me to tell my team that we can only launch products that I seriously stand behind and that I think are great top premium quality. I am the head of development and I would never accept just to put my name on tennis material that I haven’t been part of developing. That, together with tasteful and nice designs have led to what I believe are the key elements that have made us so successful in just a few years.

3. Where do you see the RS brand heading in the long term?

In the long term, I foresee the RS as a well known premium brand appealing the part of the tennis community that really cares about quality and feel. Players should know that choosing RS means something positive for their tennis. If it is appreciating the quality, feel or the taste of the brand, I think will be an individual decision, but the RS brand will always mean premium quality.

I can see that we will have many more lines of products other than the balls, strings and grips. We will in short time launch a fantastic, smart and useful ball bag for coaches, that I think will be used as a complement to traditional ball baskets. Every coach on the planet should have one of those to be able to work more mobility on court. We will also launch new models of RS products within the current product lines, as well as vibration dampeners and some more things that we are working on currently.

I believe there are two ways in the long term for the brand to develop. Either we continue growing the company ourselves or I think there will be a great value for one of the big players in the business to include the RS brand in their company to get a brand with an edge and clear premium category that no one else can show right now. We have already got interest from firms wanting to both buy us as well as firms and investors that want to invest in us but for now we want to keep the ownership and development of RS.

4. What do you miss most about competing on the ATP World Tour?

Oh, I miss everything except the traveling. Maybe, I think I miss the practice the most. I have always loved to practice, both on court and off court. The lifestyle of working as a tennis player with clear routines and the feelings of playing a big match. Those feelings are something you can’t describe and can’t get anywhere else. Playing a big final in front of thousands of people with all the nerves and the pressure and adrenaline. I love all of it and that is something I need to accept that it is over and something I need to appreciate that I had the privilege to experience in my life.

5. If you could go back and replay any match during your career, which one would it be and why? What would you change?

I don’t really think that way, what is done is done but my answer today would be that I should have withdrawn from some matches and even tournaments and should have not played them at all during the last months before everything stopped after the final of ATP in Båstad 2011.

6. Your company recently became the official ball of the Memphis Open. Talk about how that partnership came about and why it makes sense to both parties?

Well, it was actually a result after great appreciation from the players in the ATP event in Stockholm. One of my VPs went to London to have a follow-up meeting with the ATP management during the World Tour Finals and he did a good job of describing the RS brand and how serious we are and the ATP informed us about the evaluation after the ATP event in Stockholm, that it was very successful. Players liked the fact that it was consistent and good on their bodies. That led to the Memphis team having discussions with the ATP regarding a ball agreement for the Memphis Open, that finally put us in contact. The contract was negotiated in a few days and I must say that Josh Ripple and his team from GF Sports not only made a fantastic event, but they also were great people to work with. I think it makes good sense to RS that we showed that we are for real, that many more players had the opportunity to play with a ball that is as fair as a ball can be, with great quality, great pace and they know that someone like themselves actually has developed it and that knows what a ball should feel like. Of course, it was good for our business in the US to show the tennis audience that their only indoor ATP event selected the RS Black Edition tennis ball.

I hope it also made sense that I went back to Memphis to visit the tournament during their 40th anniversary. Everybody in Memphis knows that I love the tournament; Jenni my fiancé loved to go to Memphis during our years on tour and I played finals twice at the famous Racquet Club. Last but not least, it was also a good choice since Stockholm and Memphis are the only two indoor events played in an old nice racket club, so it was very special that both of them selected the RS Black Edition.

7. How would you rate the current state of the ATP World Tour? Who’s your favourite player to watch?

How can you not say Novak, haha? He is on another planet. Seriously, it’s insane how good he is. To be honest I don’t think a lot has changed since I played my last match. That is shown in the rankings. Lots of players beyond and around the age of 30 are still in the top 10. This year, however, I think we will see a bit more of the new generation of players taking serious steps towards the top. I love to watch Grigor Dimitrov play, not only because he plays wonderful tennis, but also since he is such a great person. I also enjoy following Sascha Zverev. He has all chances to reach the top and he is already a very good tennis player. It was also great to see the young American generation during the Memphis Open. Taylor Fritz has huge potential and I also like the way Frances Tiafoe plays a lot. The Andy Roddick generation is now growing up and will challenge heavily. Then of course as a tennis nerd, I love to watch Roger Federer and Rafa Nadal compete and I am very impressed by my friend David Ferrer that he manages to play on the highest level and improving his offensive skills. Those guys are such great ambassadors for our sport.

8. Finally, what advice would you give an up-and-coming player trying to make it on the professional scene?

The only advice needed if a player really wants to try, is to really try. Do everything seriously, don’t leave stuff undone that you know needs to be included in a full attempt to reach the professional tour. Surround yourself with people that you trust and that make you feel good. And have some fun as well and never forget to also include rest into your schedule.