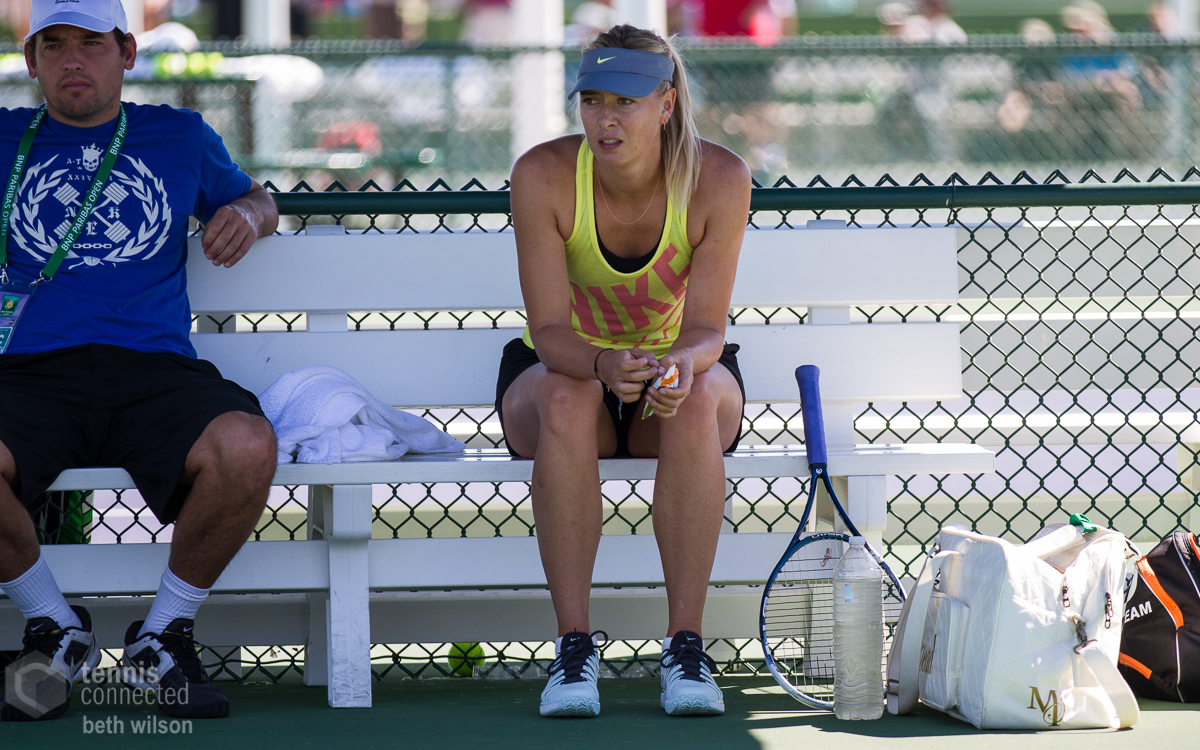 Welcome to Tennis Elbow, the column that looks back on the week that was in the world of tennis. This week, Charles Blouin-Gascon examines the latest in the Maria Sharapova doping saga.

A week ago, the news had just broken and we said we would inevitably know more in the days ahead, which didn’t stop us from discussing some of the things in the case of course.

Here’s where we were just before the start of this 2016 BNP Paribas Open.

We said we would know more in the days following Maria Sharapova’s surprise announcement that she had failed a drug test at this year’s Australian Open and, well, now a few days after learning the news, we know more.

For one thing, we know that Sharapova is far from the lone athlete to have been caught using meldonium—oh, she’s still the only one in tennis, which is maybe why a player like Andy Murray has strongly condemned her and believes she should be banned.

But we know that Sharapova isn’t alone, no. We know that 60 athletes have tested positive for the substance since January 1—unless that number is actually at 99, if you read the Associated Press over the New York Times. Hell, the former even tweeted it.

BREAKING: World Anti-Doping Agency says there have been 99 meldonium positive tests since Jan. 1.

Another thing we know is that up to 490 athletes (out of the 6,000 who participated), including 13 who won a medal, had consumed meldonium during the 2015 Euro Games. We also know that top Russian ice dancer Ekaterina Bobrova failed a drug test for the same substance as Sharapova has too.

We also know that Sharapova was warned at least five times about the pending meldonium ban in the month leading to her failed test. Maybe this is what has forced corporations to rethink their partnership with the 28-year-old, as have Nike, Tag Heuer and Porsche, which we also know about?

So we know a few things, right? Do you want more?

We know that new WTA CEO Steve Simon made a statement following Sharapova’s announcement, which we’ll even include here.


Okay, sure, but what do we really know considering all of this?

If she does receive either of the punishment, our bet is that she may walk away from the sport altogether—though we don’t know that for sure. What we do know, if you recall, is that «pending determination of the case,» Sharapova was to be suspended until March 12.

Let’s see, what else do we know?

We know that we will not rush to judgment.

We know, and this will surely play a big part in deciding for one punishment or another in this case, that Sharapova has denied being warned five times about her use of meldonium. The case will likely hinge on whether or not Sharapova had knowingly taken performance-enhancing drugs and with the avowed goal to enhance her performances; ignoring five warnings make it that much harder to plead denial plausibility.

We also know that the substance has been declared illegal only in January 2016. While the Russian has mentioned that she’s been using it for about a decade, we know it wasn’t illegal then for her to do so and don’t really care that she did—and that she shouldn’t be penalized for that decade, but only since January.

We know that in sports it’s becoming increasingly easy to point your fingers at the so-called bad guys for supposed lapse in judgments in pursuit of excellence. We know we are not looking to grandstand over anyone here.

Because the difference between Sharapova’s apparent cheating and, I don’t know, Novak Djokovic’s pressurized egg or Kobe Bryant’s non-FDA approved knee treatment program, for which he travelled all the way to Germany, isn’t nearly as large as we would like it to be.

In every case, an athlete is only trying to better their chances of competing and excelling; why would it be illegal to do so if you’re using meldonium but not if you’re, I don’t know, replacing a ligament in your elbow with a tendon elsewhere in your body?

But now we’re getting philosophical, we know.