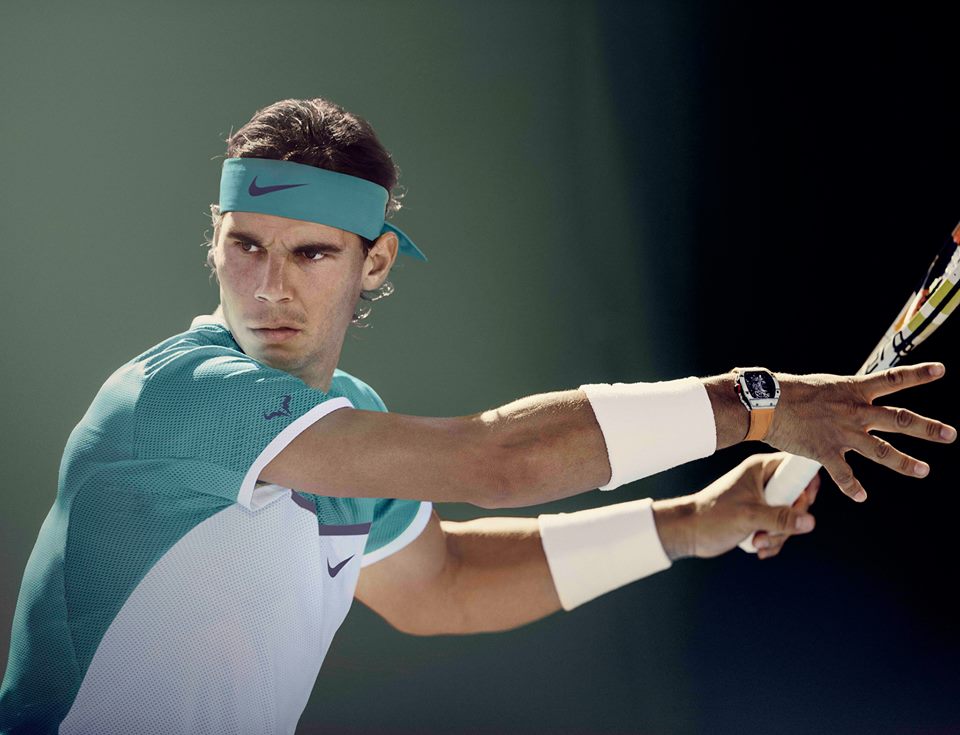 March madness on the professional tennis scene hits the courts at the Indian Wells Tennis Garden in California, which will be followed by the excitement that South Beach has to offer at the Masters event in Miami. Stepping up their game in a nice way this season, the NikeCourt team of Roger Federer, Rafael Nadal, Grigor Dimitrov, Nick Kyrgios and Juan Martin del Potro will be eager to unveil their latest on-court collections.

Entering the Miami Open after skipping Indian Wells with an injury, Federer will be seen in an all-new color-way of the Spring Premier RF Polo in light crimson with black, which will be paired with the Spring Gladiator Premier 7″ Short in black with white. Federer will complete his look with the Premier RF Jacket in white with deep royal blue with black, and finally his footwear for the Miami Open will be the Vapor 9.5 Tour in white, total crimson, university red and black.

The smooth strokes of Grigor Dimitrov will once again be highlighted by the Spring Challenger Premier Crew in lucid green with white, which will be worn with Spring Gladiator Premier Breathe Short in midnight navy with white. Dimitrov’s shoes in California and Key Biscayne will be the Vapor 9.5 Tour in white, voltage green, gorge green and black.

Entering the first-two Masters events of the year after winning his maiden title in Marseille, Kyrgios will continue his sleeveless look with the NikeCourt Premier Challenger Crew in light photo blue with white, which paired with the Gladiator Premium Breathe Short in white with black. The entertaining Australian will continue to wear the Vapor 9.5 Tour, but will opt for the white, blue and black color combo.

The rest of the NikeCourt team, which is highlighted by Juan Martin del Potro, newly acquired Jack Sock, who will debut the AirZoomUltraFly, Borna Coric and Taylor Fritz, will also be outfitted in the latest 2016 Spring collection for Indian Wells and Miami.