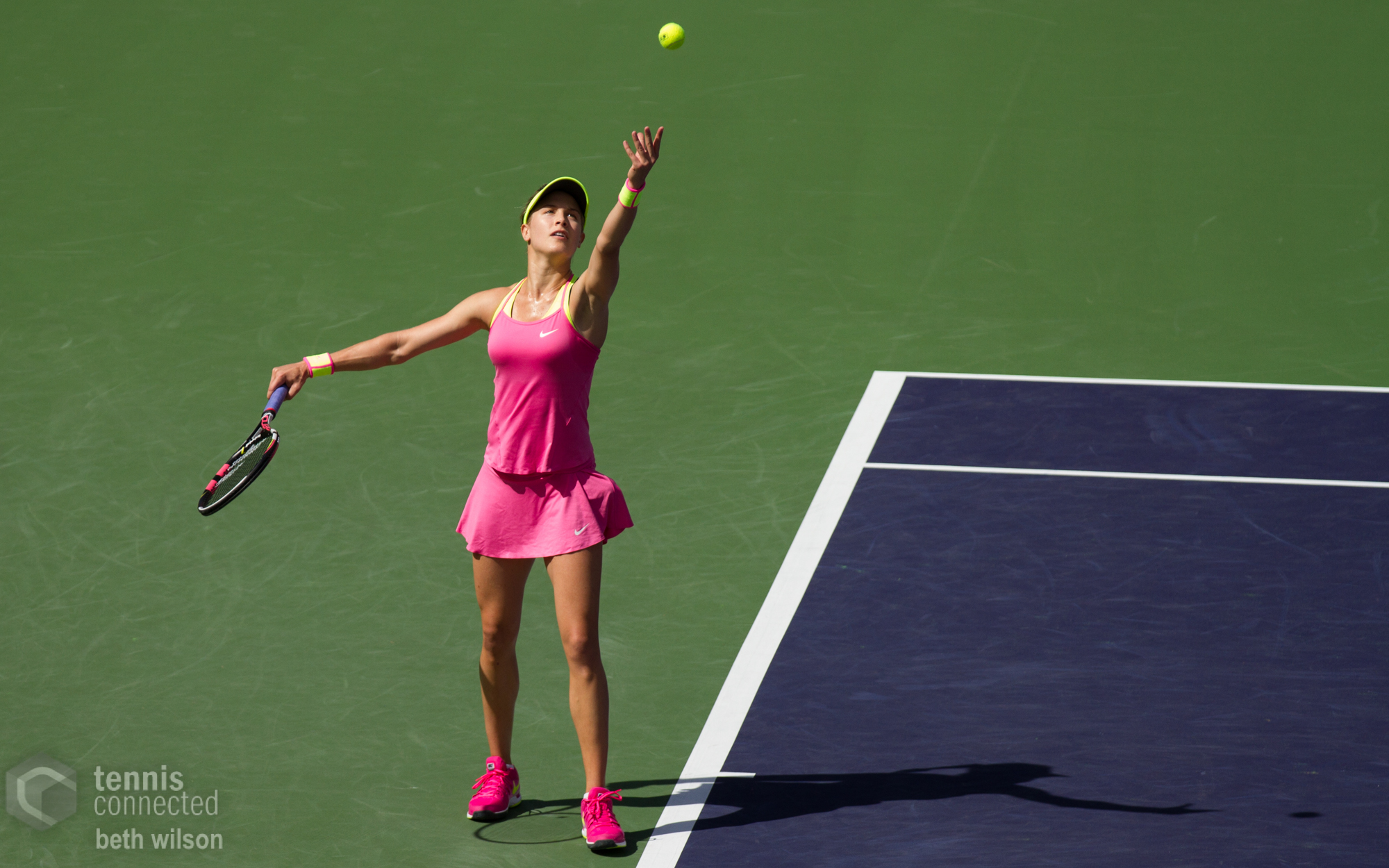 Welcome to Tennis Elbow, the column that looks back on the week that was in the world of tennis. This week, Charles Blouin-Gascon revisits the 2015 season of Eugenie Bouchard. Once more, yes.

Bouchard, at just 20 years old then, was the talk of the town and it didn’t even matter that she had only won the one title. You could forgive her for it as the sort of process of growing up; it was fine that she hadn’t won because SURELY all the wins would come so, so quickly, if you will.

Well, the wins haven’t come and, in fact, Bouchard has kept sliding and sliding. It all started in the Wimbledon final, which lasted all of 55 minutes in a 6-3 and 6-0 rout. Then Bouchard lost her opening match in her hometown Rogers Cup against qualifier Shelby Rogers and, well, it’s been hell ever since.

She had the perfect start to her career, so maybe it’s only right that what followed is the sophomore slump? She’s now No. 49 on the WTA Tour rankings—but you knew that already, right?

Instead, let’s discuss the US Open. Why this? Because if there was hope for a quick turnaround for the Canadian for the 2016 season, it was for what she managed in 2015 at Flushing Meadows: in a year where the young Canadian has seemingly fallen on her face at every turn since the Australian Open, Bouchard held her ground at the final Grand Slam of the season and equalled her performance from her 2014 breakout.

She held her ground until the ground gave way.

Prior to her fourth-round match against Roberta Vinci, Bouchard pulled out of the tournament after a fall in the players’ locker room. She had apparently been there after regular hours, because she needed an ice bath and it’s while walking in the pitch-black training room to the room with the ice-bath that she fell and suffered a concussion.

A lot has happened since. The Canadian filed a civil lawsuit in US District Court against the US Tennis Association, alleging negligence and asking for compensatory and statutory damages. Per Yahoo, the lawsuit claims that, “Ms. Bouchard was caused to slip and fall on a dangerous condition created by the Defendants in the physiotherapy room attendant to the women’s locker room after winning her mixed-doubles match at the 2015 U.S. Open Tennis Championships. … The Defendants’ negligence was a substantial contributing factor in causing Ms. Bouchard’s injuries.”

A month later, the USTA responded in kind and denied more or less every allegation contained in Bouchard’s lawsuit. “The USTA (referred to as the ‘Answering Defendants’), ‘deny knowledge or information sufficient to form a belief as to the truth of the allegations contained in Paragraph I of the Complaint, but … deny that they were negligent and that such alleged negligence was a substantial contributing factor in causing Plaintiff’s injuries.”

The USTA answer basically amounts to, “Yeah, not really.”

It’s a fight that is likely going to keep going over the next few months, with the USTA likely going to say that it’s preposterous for Bouchard to seek millions in compensatory damages when she had been struggling so mightily and that who’s to say her return to form at the US Open was not just a mirage considering she made the Australian Open quarterfinals in 2015? In turn, Bouchard will likely say we don’t know what could or couldn’t happen, just what did. Then, the USTA will say that Bouchard should have known that going to the training room after-hours was a risk and—wait, it already said that, Yahoo notes.

It’s just the beginning and, unless the two settle, the fight will continue and turn more and more ugly.

Meanwhile, Sports Illustrated’s Jon Wertheim notes that we shouldn’t forget where the stakes are highest in this fight: that Bouchard, just 21 years old, suffered a concussion and hasn’t completed one match in the three months since.

Knowing what we know about concussions and head trauma in sports, that bright future of Bouchard is now standing on more precarious ground than ever.