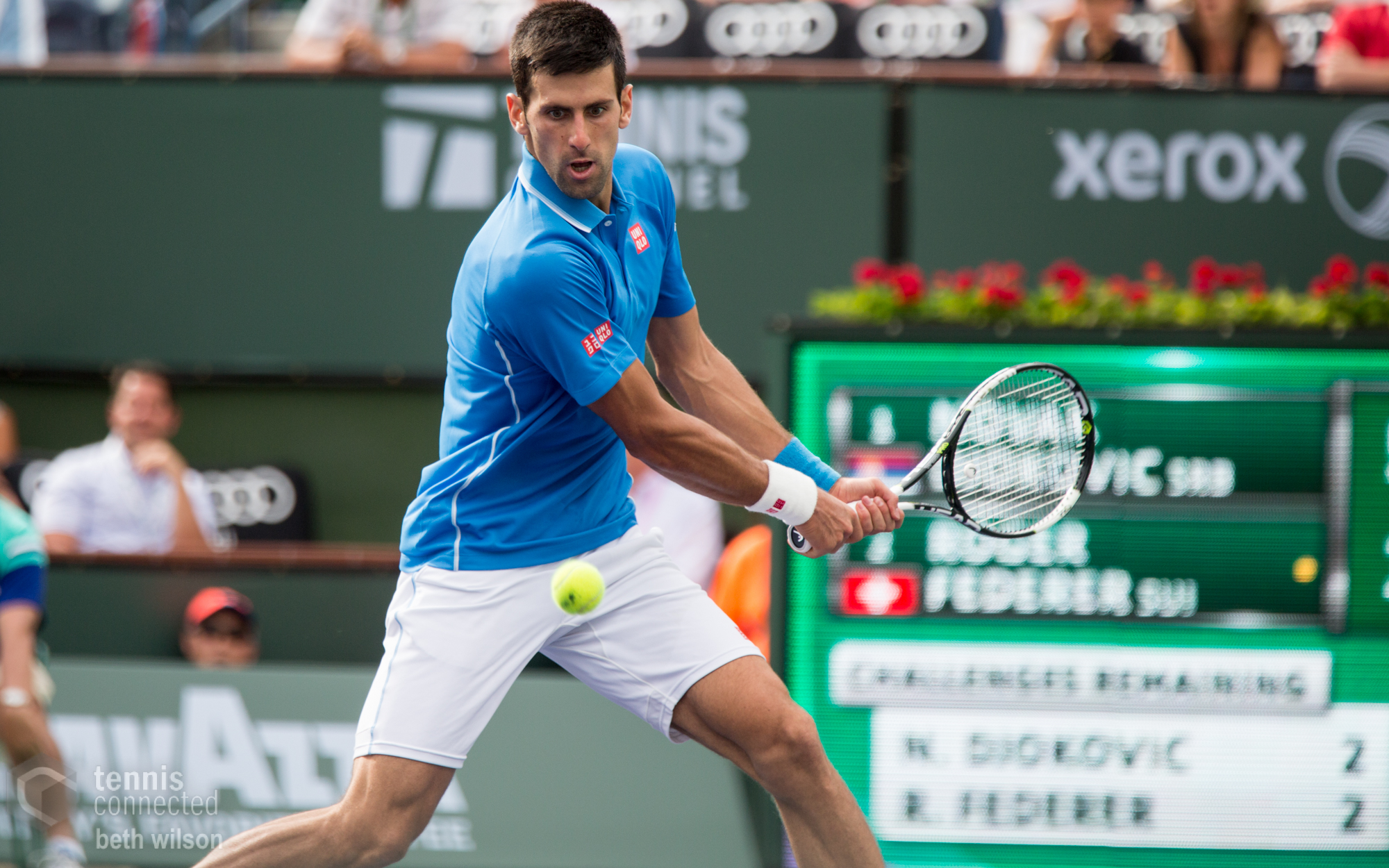 Welcome to Tennis Elbow, the column that looks back on the week that was in the world of tennis. This week, Charles Blouin-Gascon recaps the 2015 Barclays ATP World Tour Finals in London.

We mean here, on this space. It’s true, just look at the archives of this column. This is the fifth column we’ve written this month: two were tournament previews where we predicted that Djokovic would emerge victorious, and two were tournament recaps that praised the Djoker after he had indeed emerged victorious. The fifth one, this one, is titled “Novak Djokovic is the player of the year” and if you expect anything different than what I’ve already explained a few times in the previous four columns, well don’t: the title isn’t misleading.

Because there’s more Djokovic praise this week again. (If you’re a fan of Andy Murray, Great Britain, David Goffin, Belgium, or the Davis Cup in general, then maybe try again next week I suppose.)

Now that the 2015 season has concluded, we can say what had been obvious for a long time already, which is that this season has belonged to Djokovic. It’s true: the Serb received the ATP World Tour No. 1 presented by Emirates award this season—and, well, before we move on, a quick word on these awards.

Don’t Djokovic and the Bryan brothers as the best doubles pairing in the world in 2015 deserve better? The ATP World has the “Star of Tomorrow,” the “Most Improved Player,” the “Comeback Player of the Year,” the Stefan Edberg Sportsmanship and the Humanitarian of the Year; why couldn’t it also have the, I don’t know, Player of the Year award? The most impressive player? The “Super duper, here’s your brownie” player of the year?

Djokovic and the Bryans had the best doubles and singles season on Tour, yet all they get is the year-end No. 1—and it’s really all only by virtue of finishing with the most points?

Djokovic is utterly alone at the top, we’ve repeated a few times already, and it’s not a coincidence that my colleagues from the Tennis Connected podcast believe that this 2015 Djokovic season out stands as the best ever (and that one of the two—who? listen up—went on the record to predict that the Serb would complete the calendar-year Grand Slam in 2016, but this is a different debate).

Maybe Djokovic’s season is the very best in history, maybe not, but it’s certainly on the short list of the best ones, yes.  It’s also certainly better than his 2011 season: Djokovic won more matches (while losing six times, just like in 2011) and more tournaments for more money than he did four years ago.

As a result, Djokovic has turned the ATP World Tour into something we haven’t seen in about a decade: this era was always the big two (Federer and Rafael Nadal), the big three (add Djokovic) or the big four (add Murray). But it’s probably the first time since Federer’s 2005 and 2006 reign that there isn’t a true logjam at or near the top.

Who will step up?