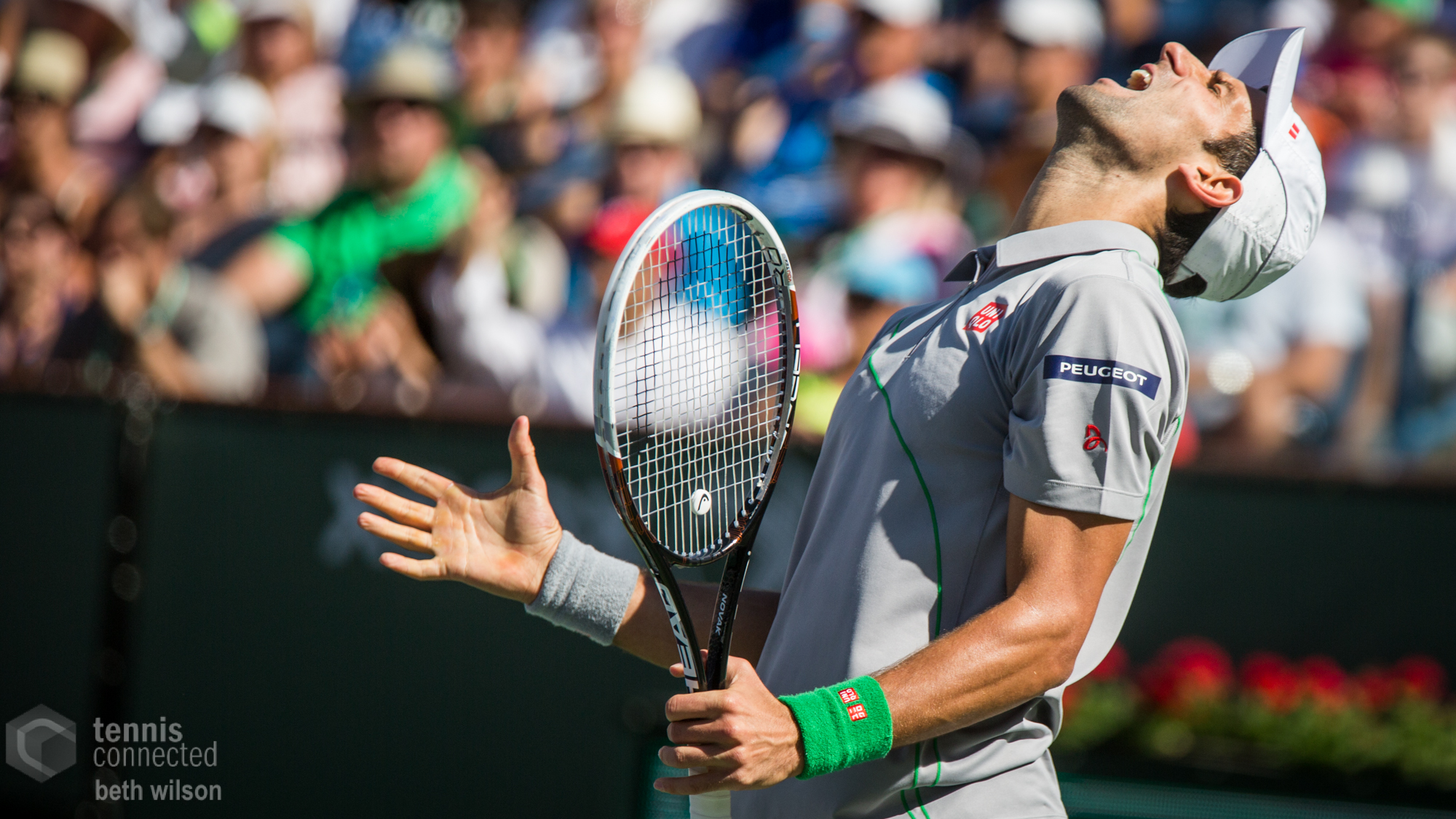 Welcome to Tennis Elbow, the column that looks back on the week that was in the world of tennis. This week, Charles Blouin-Gascon previews the 2015 Barclays ATP World Tour Finals in London.

And then there was one—as in, one last tournament.

Before we close the books for good on an excellent 2015 season, tennis’s eight most elite players have arrived in London and are competing in the Barclays ATP World Tour Finals, not quite for all the marbles because the Tour Finals aren’t a Grand Slam, but for quite the large prize and title.

Let’s run through the eight characters present at the O2 in London and assess their chances. Obviously, our predictions will reflect the opening day’s matches; we publish this column on the Monday, but the Tour Finals start on the Sunday. Oh well.

Again, here are the two groups for the tournament this week.

Again, these players are the elite of the ATP, the eight very best players in the world in 2015, but only one of them is Novak Djokovic. We’ve discussed plenty of times the excellence of the Serb this season, notably last week when he became the first man in history to win six Masters 1000 events in a season, so we will not bother repeating the same things. We’ll simply say that he’s peerless and as long as he’s still motivated after 10 titles and 78 wins in 83 matches, he’ll cruise to a title in London.

The London crowd would very much like to see Roger Federer add a seventh Tour Finals title to his resume. Throughout the history of the sport, there probably has never been a more beloved champion than the Swiss, who has amassed enough goodwill for a lifetime, or three. Now 34 years old, the Swiss is still among the very best of the sport and has even managed to turn around his rivalry with Rafael Nadal—though that says more about the latter.

We group Andy Murray and Tomas Berdych together, because we believe both are the wild card of their group: they could either win it all or lose it all, with a knockout stage berth the most likely outcome. Murray has done enough in 2015 to ascend to the No. 2 ranking in the world again, making the semifinals or better at most of the events he competed in this season. And yet, it doesn’t feel like the tennis community sees him on the same level as a Federer, let alone Djokovic. Berdych, meanwhile, is an enigma in that he’s become utterly reliable and consistent. It’s weird.

Stanislas Wawrinka will emerge as the dark horse because he’s legitimately excellent and is possibly the one player on Tour who’s consistently done well against Djokovic over the recent little while. If the field has a chance against the Serb, it’s probably with Wawrinka.

Happy to be here: Kei Nishikori and David Ferrer

With apologies to the two gentlemen here, we don’t expect much from them. Just by qualifying for the event, Kei Nishikori and David Ferrer have both already surprised and exceeded expectations.

Do you know how many times Rafael Nadal has won the Tour Finals in his career? As many times as you and I have. He’s unlikely to emerge victorious now, at age 29, diminished and after having fought tooth and nail for a place at O2 for the second half of the season.

The Spaniard can’t even beat Federer anymore. Welcome to the new normal.