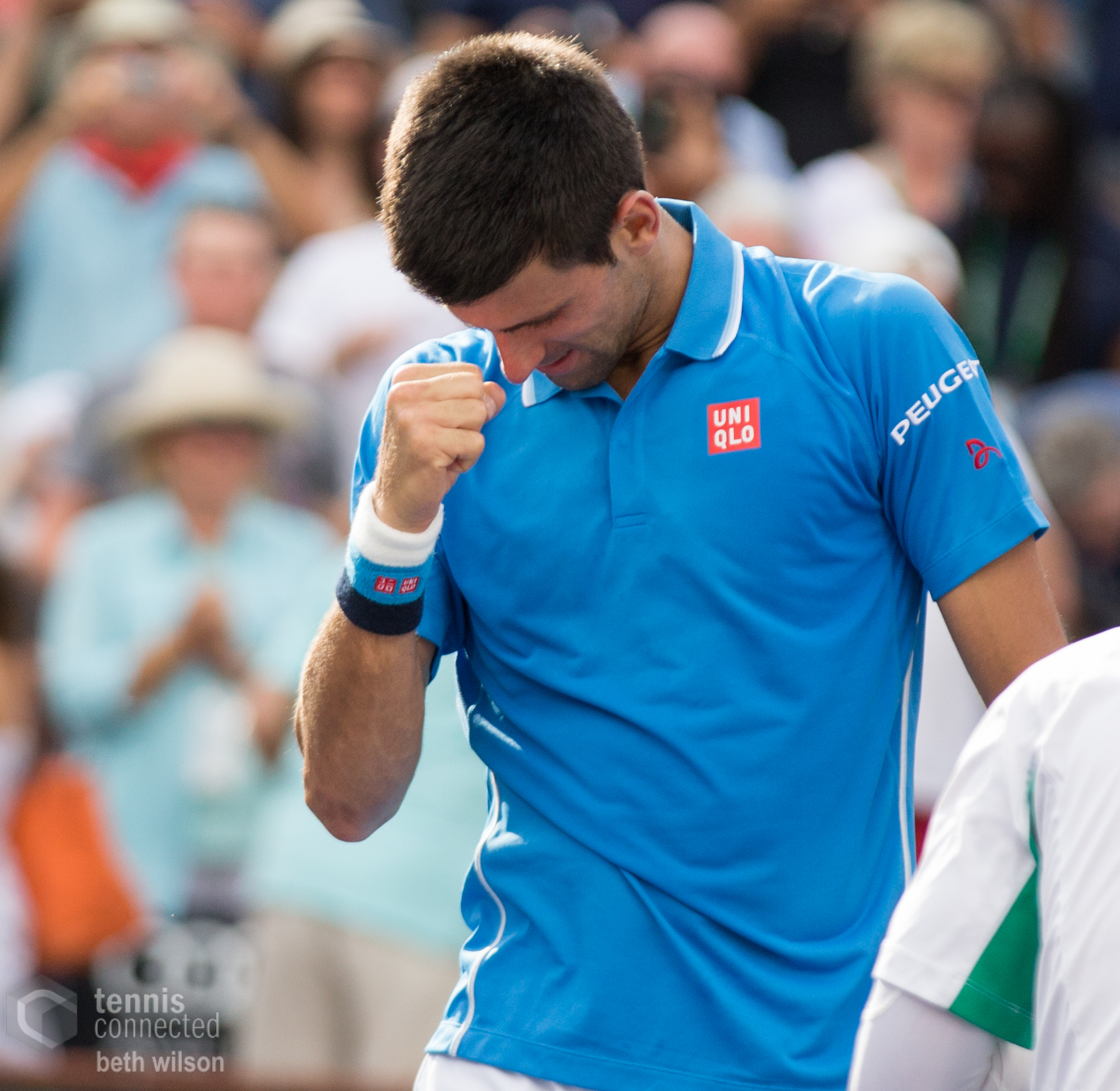 Welcome to Tennis Elbow, the column that looks back on the week that was in the world of tennis. This week, Charles Blouin-Gascon reviews the 2015 BNP Paribas Masters in Paris.

The record will show that the tennis world was in Paris last week for the 2015 BNP Paribas Masters.

Of course, World. No. 1 and all-around superstar Novak Djokovic rendered it all obsolete and more or less cruised to a fourth title in a row in the French capital. He defeated Andy Murray, supposedly the second best player on the ATP World Tour, by the score of 6-2 and 6-4. (Coincidentally, this is also the scoreline the last time you played against John Doe at your local club. You lost of course because you’re terrible. Andy Murray isn’t terrible.)

Djokovic was as gracious as ever after the win. “There was couple of games in the second set where Andy started turning things around, so things could have gone different way as they did maybe yesterday against Wawrinka at same stage,” he said. “But I managed to stay tough. It was, all in all, the best performance of the week, and it came at the right time.»

Ah yes, «could have» except that things didn’t.

In Paris as just about everywhere he’s traveled since his win at the US Open, Djokovic proved that it doesn’t quite matter who else is competing with him. He’s untouchable right now.

Alright alright, maybe these feel and look like just a long set of numbers and it’s just hard to condense them into something that makes sense. Let’s try it again.

The Serb’s 7-0 run at the US Open isn’t included in that tally, because his winning streak has indeed reached all of 22 matches. It’s a run that has pretty much rendered obsolete any notion that his 2015 season isn’t quite up on par with his fabled one from 2011.

Sure, maybe Djokovic doesn’t quite have the narrative going for himself this season that he had in 2011 when he crashed the party at the top of the Tour—but even that is wrong. What’s a better narrative than seeing the best player in the world realizing the heights of his power and stating his claim as one of history’s best?

Because that’s what Djokovic is doing. For the fourth time in five years, he will finish the season as the year-end No. 1 player in the world and, with a 78-5 record so far, Djokovic has won just a shade under 94 per cent of his matches. He has 10 titles and will probably make it 11 at the Barclays ATP World Tour Finals. I know I won’t pick against him.

It’s a sixth Masters 1000 title for the Serb in 2015, a record, and maybe we should get used to it in the foreseeable future. Since the 2014 US Open, he has reached the finals of 14 straight Masters 1000, Tour Finals and Grand Slams that he has participated in; and he emerged victorious in 11 of the 14 events.

Among his 78 wins in 2015 are 27 against fellow members of the Top 10, who are supposedly the players most similar as him.