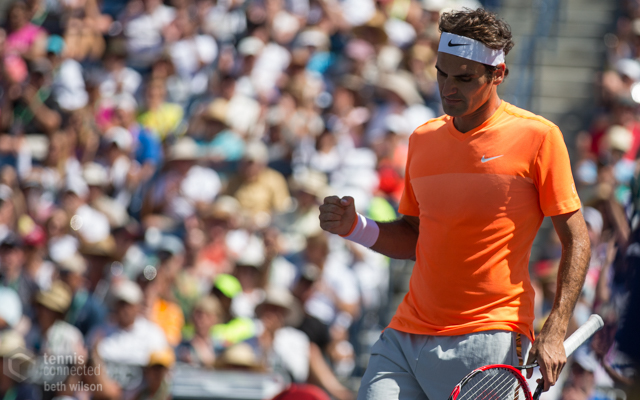 Every year, the time after the US Open typically coincides with a little down period for the tennis world.

I can only speak of the world that I know, of course: there are a few tournaments on the calendar, but because the end of the US Open typically means the return of American (college) football, then too often tennis fades into the background here in North America.

It’s during this period that writers such as myself tend to get back to the well of ideas and tackle one from earlier in the year that wasn’t entirely relevant or important at the time we had it.

But not this week. Because this past week brought three legitimate good story ideas. We’ll start with the quirkiest of the three and keep the other two for the next two editions of this column.

Legend has it—can we agree to call this a legend, because of how improbable it is?—that on Dec. 12, 2004, 18-year-old Jesus Aparicio was involved in a car crash that was severe enough to leave him in a coma.

Believe it or not, Aparicio apparently stayed in the coma until a month ago, when he awoke on Aug. 27. He slowly regained his speech and—well, that’s about where you’re asking what the hell that has to do with tennis.

The young teenager, see, had become a big fan of Roger Federer; it was in 2004 and the Swiss had just begun his ascent to the top of the tennis world, who could blame Aparicio? Naturally, when the young man woke up from his 11-year coma—again, 11 full years in a coma!—he reportedly asked his family about life, etc., but also tennis and Federer. To his surprise, he was told that Federer, now 34 years old, was still very much excelling at tennis.

When Aparicio (maybe we should simply call him Jesus?) went into a coma, Federer had turned 23 years old and was just getting started, having completed a season when he won three Grand Slam titles to put his total at four. In the years since, the Swiss would build a resume good enough to become, perhaps, the best of all time.

And he’s still excelling in 2015 and at 34, an age where most see a sharp decline in their play; that’s probably the lesson too. That at age 34, Federer defies logic and continues to postpone retirement.

Jesus’s story shows how absurd it is that a man can fall asleep one day in 2004 and only wake up years later in 2015, bypassing the titles of Rafael Nadal and the ascent of Novak Djokovic, to find out that the player he loved is not only still playing but is still thriving.

That’s Roger Federer, folks. Put it another way: a writer from Grantland can ponder the twilight of Federer’s career and its meaning in 2011 and write basically an addendum to this same column four years later after Federer lost in the Wimbledon final against Djokovic.

There is a downside to Jesus’s story of course, and it’s not (strictly) that he was in an 11-year coma. Rather, it’s that his coma forced him to miss out on what he would have loved to see most: Federer dominating and cementing his place in history.