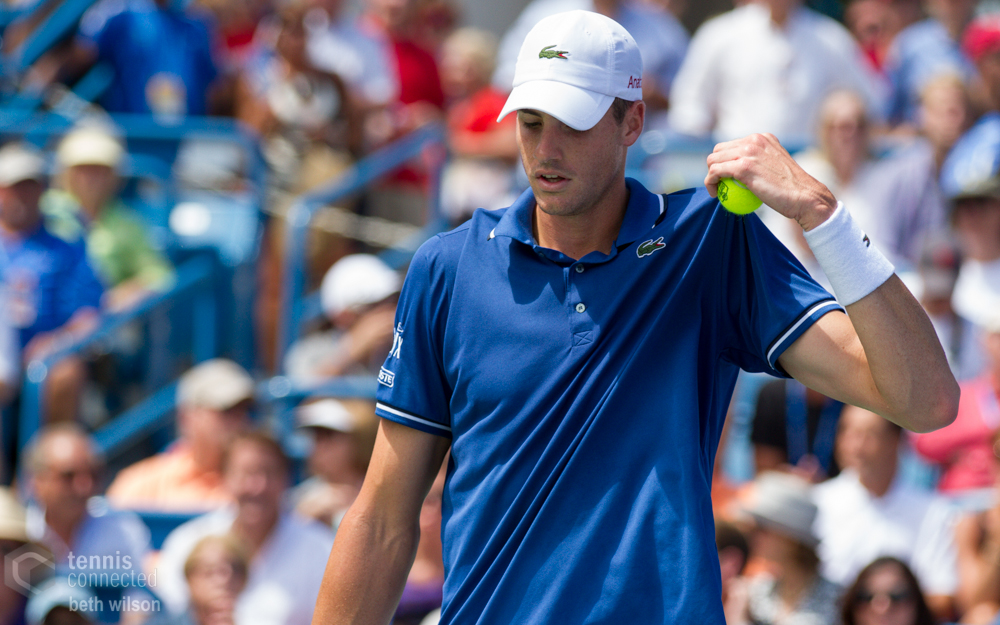 Welcome to Tennis Elbow, the column that looks back on the week that was in the world of tennis. This week, Charles Blouin-Gascon previews the 2015 US Open.

Can you hear the crescendo?

It’s here, and by here we mean in New York. The tennis world has descended upon the great metropolis (i.e. the US Open is in Flushing Meadows, but whatever) for what, this year again, profiles as the season’s biggest party.

In part because we live in North America, it feels like the final Grand Slam of the year annually serves as the end point of the current season—despite the fact that there is still much, much more tennis played after this turn in New York.

What is true, however, is that the final Grand Slam tends to be the biggest party and celebration of the sport. It’s the one where the fans are the loudest and the rowdiest and, well, let’s use this column to give these North Americans something to sink their teeth in. Let’s preview the North American players in the men’s and the women’s draw.

Is this the year that the tall American finally does it? Throughout his career, John Isner has typically not done so well at his home Slam, only once going beyond the third round—this happened in 2011 and, since, all Isner has done is bow down in the third round.

At now 30 years old, Isner is who he is but he does arrive in New York in form, notwithstanding an ugly loss against Sam Querry in the first round at the Western & Southern Open. We’ll go out on a limb and give Isner an extra round this year: the draw put him in Roger Federer’s section and, well, tough luck.

What will Milos Raonic do? The Canadian followed a poor showing at Wimbledon with two losses at the Rogers Cup and the Western & Southern Open.

He’s now 24 years old and the great, great promise he’s showed when he first broke through has given way to a sort of acceptance that Raonic may just be destined for the Top 10 player that he currently is. And you know what? There’s nothing wrong with that, especially in this country whose tennis tradition has been rather poor.

If Raonic manages to overcome in the third round the same Feliciano Lopez who beat him in the first round in Cincinnati, he’ll likely have to then overcome Novak Djokovic. Hey, there’s always next year.

Switching to doubles for this last spot, we’ll be eager to see if Vasek Pospisil and Jack Sock pull another rabbit out of their hats and avenge a difficult 2014 US Open showing, where they lost in the third round.

The thing is, it does a disservice to the pair to mention that they managed a magic trick  in winning Wimbledon last season—because, you see, Jack Sock and Vasek Pospisil are a great doubles team. They should be doing well, so it’s no surprise that they are.

Finally, let’s all remember to wish our guy Mardy Fish a happy retirement!

Yep. Because really, until she loses, no narrative on the women’s draw really matches the possibility of Serena Williams 1) completing the 2015 Grand Slam and 2) matching Steffi Graf’s 22 career Grand Slam titles.

If Williams does lose before the quarterfinals, however? The smart money would be on the young Madison Keys upsetting the great champion. Keys has been one of the five best Grand Slam players on the WTA Tour this year after all, right?

The 20-year-old hasn’t played particularly well since making the quarterfinals at Wimbledon, but I’m confident that Keys can bounce back on the surface that best suits her style of play.

At this point, I would really love to do nothing more than to avoid discussing the fall from grace of Eugenie Bouchard—because it really doesn’t seem about to change.

Bouchard seemed destined to take over the sport just a year ago, but is now ranked No. 25 after a high of No. 5. The good news is that she finally enters a Grand Slam tournament where she doesn’t have a kazillion points to defend from last season. The bad news is that she has won only four times in her previous 20 matches, only nine times in 2015 and only 18 times since losing in the 2014 Wimbledon final.

But who else? Even when Bouchard plays terrible tennis, she still dominates the chatter.