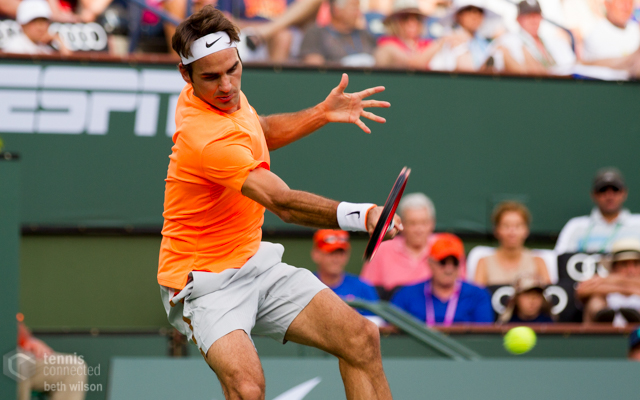 Welcome to Tennis Elbow, the column that looks back on the week that was in the world of tennis. This week, Charles Blouin-Gascon recaps the 2015 Western & Southern Open.

Cincinnati has always been kind to Roger Federer. Well, not Cincinnati exactly—the city of Mason has.

Cincinnati is sort of where the tennis world gathered last week for the 2015 Western & Southern Open; we say sort of, because this Masters 1000 event is actually held in Mason, OH, every year—and hey, look, we’ve come full circle.

So it’s Mason, OH, that has been kind to Federer over the years and this season will not go down as an exception, not after the Swiss captured the Western & Southern Open over Novak Djokovic by the score of 7-6(1) and 6-3.

Perhaps the King knew what he was doing by skipping out on the Rogers Cup the week before in order to better focus on his Western & Southern Open title defence? (Though the fans really did want to see you, Roger!)

The win reaffirms Federer’s place at No. 2 on the ATP World Tour rankings a mere few days after Andy Murray overtook him by winning said Rogers Cup. “Now I’ve got the confidence, I’ve got the matches, and I’m actually still feeling really fresh even after this week, because the matches have been rather short,” Federer said after his win. “I was explosive moving forward. Volleys were good. I think from the baseline I was hitting my forehand very well.”

The sad group of opponents the Swiss defeated on his way to the 2015 title would agree, as Federer managed to complete the event without losing any of his 49 service games.

Djokovic thinks the playing surface in Mason suits Federer perfectly. “I think he’s more aggressive here than in any other tournament, because the surface and conditions allow him to play very fast,” the Serb said. “He generally copes well with the fast balls. The fast game. He likes the rhythm.”

Something else that the Swiss will like is that this win gives him a slight 21-20 edge in his rivalry against Djokovic—but Federer praised the Serb more than anything else. “I’ve seem (him) adapt to my play over the years and he’s also improved a lot. His movement and his backhand and forehand are always so solid,” Federer said. “Our rivalry has definitely evolved.”

It’s evolved, but not in Mason, OH, where Djokovic falls to 0-5 in Western & Southern Open finals, including 0-3 against Federer. This 2015 US Open series will have turned out to be more challenging than many would have anticipated considering how his season up to this point had unfolded, with Djokovic making, but also losing, the two Masters 1000 finals he competed in. (It’s good, but it isn’t otherworldly like his season up to this point.)

Djokovic moves on to New York and Flushing Meadows for the US Open now, where he’ll hope to square his head-to-head rivalry with Federer at 21; a second career US Open title would also bring his record to 2-4 in the finals there.

You might say, then, that Flushing Meadows would be so much kinder to him than Mason, OH, has been. He’s not Federer.