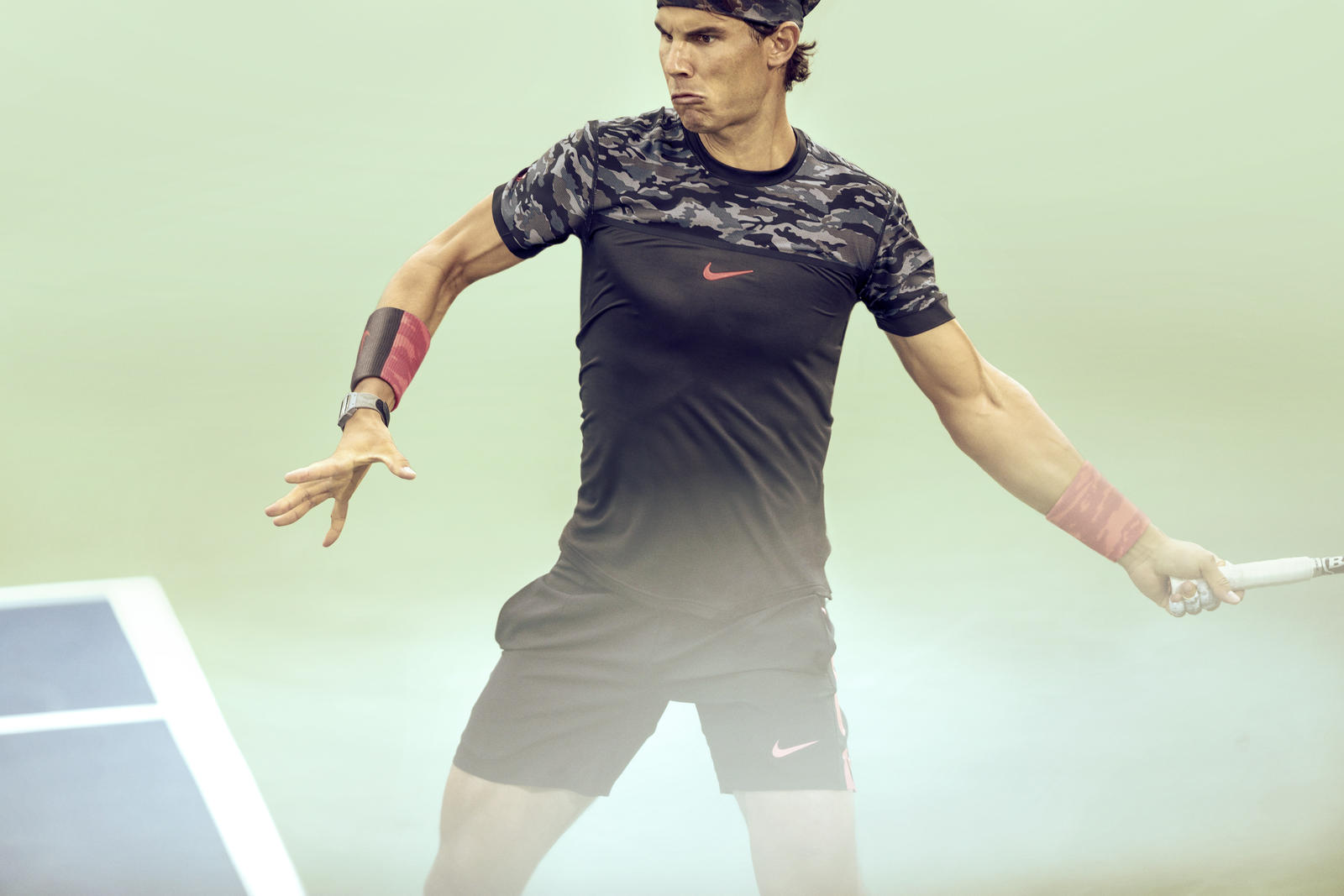 There’s always a special vibe in the air when the final grand slam of the year approaches. The end of summer brings forth the madness in New York, while showcasing the best tennis players in Flushing Meadows to contest the year’s final Major. Ready to lay claim to another Grand Slam crown, the likes of Roger Federer, Rafael Nadal, Grigor Dimitrov and Nick Kyrgios will be outfitted in the latest Nike Tennis Fall 2015 apparel and footwear.

Looking as good as ever, Federer’s mission to win a sixth title in NYC begins in the Fall Advantage Premier RF Striped Polo in radiant emerald with white, which will be paired with the RF Gladiator Premier 7″ Short in teal and hot lava for his day matches. Federer’s night session attire will consist of the Fall Advantage RF Polo in white, black and hot lava, which will be completed by the RF Gladiator Short in black with hot lava. Roger’s shoe of choice in New York with the Zoom Vapor 9.5 LG in both radiant emerald, hot lava (Pink) and teal, along side the black and hot lava colorway under the lights. Federer’s comfy Fall Premier RF N98 Jacket will be highlighted in both teal with white and white with hot lava.

Bringing forth a great blend of hip trends to the Big Apple, Nadal’s all-green day ensemble will feature the TG Rafa Challenger Premier Crew in green gradient, while his matching shorts will be the Rafa Gladiator Premier 7″ Short in green gradient. Under the lights Rafa’s stage presence will shine as he brings forth the camo look. Set to debut the Fall Challenger Premier Rafa Crew in black, hot lava and camo (pictured to the right), the Spaniard will complete his kit with the Rafa Gladiator Premier 7″ Short in black, hot lava. The former two-time winner is set to cover Ashe Stadium in the Lunar Ballistec 1.5 in both white with green strike for his day matches and the black with hot lava under the lights. Rafa will look to keep warm in the ultra functional Fall Premier Rafa Windrunner in green strike during the day and hot lava for the night session.

Always a favorite wherever he plays, Dimitrov’s flare will be highlighted in Queens with the Fall Advantage Breathe Polo in volt, which will be paired with the Fall Gladiator Breathe 11″ Short in teal with white. Grigor’s footwear in Flushing will be a custom made pair of Vapor 9’s.