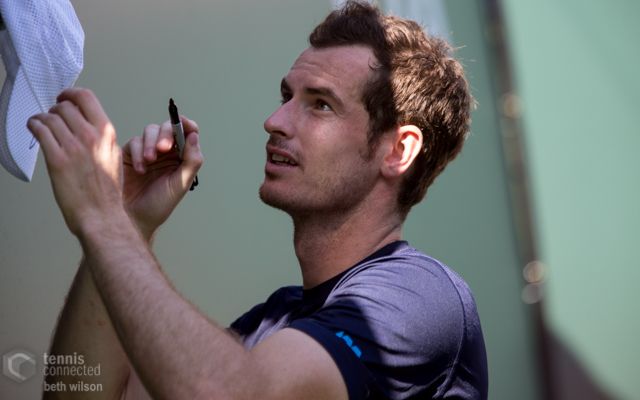 Tennis tournaments are set up in such a way to maximize the odds of having many great matches.

Players are seeded, No. 1 through No. 16 in the case of the Rogers Cup, and placed on the main draw in such a way as to create relatively sections; the top players don’t play fellow top players until the latter stages of a tournament, thereby decreasing the odds of upsets and increasing the star power of the players involved in the later matches.

At an event like the Rogers Cup, a Masters 1000 tournament, there are plenty of great players: 36 of the players ranked in the Top 40 are in Montreal, and only Roger Federer and David Ferrer are missing from the best 10. If it feels like there’s seemingly always a top player playing, it’s because it just about is the case.

Montreal’s draw is loaded this year, as it typically is, and this is a big reason why the tournament routinely appears near the top of the list of most popular one-week events. (Montrealers attended last year’s WTA Tour tournament in record numbers.) It’s because the numerous many great players battle in what amounts to a number of great matches every day.

Take August 14, for example. Fridays at the Rogers Cup, and just about everywhere actually, are for quarterfinals. In Montreal, nine of the previous 10 Rogers Cup winners were still in contention at the start of the day; 16th-seed John Isner and Jeremy Chardy were set to get the festivities started, to be followed by World No. 1 Novak Djokovic and qualifier Ernests Gulbis.

That schedule was for the day session and, sure enough, that’s exactly how it played out, but the 12:30 p.m. start was delayed by two hours due to… our old friend the rain. Yep.

Chardy and Isner then played tiebreak tennis, with the Frenchman prevailing by the score of 6-7(9), 7-6(13) and 7-6(4) over 3:08 of play. It was a second match in a row against one of the world’s best servers for Chardy, after his win against Ivo Karlovic, and maybe the experience helped him. “I know if I get broken, the set is close to (being) finished,” he told reporters in the post-match press conference. “Every small chance you have, you need to take the chance.”

By the time Djokovic and Gulbis started their match, it was about 7 p.m. and the day session had spilled into the evening session.

Montreal loves tennis a whole lot, but the fact that there are so many great matches contributes to the ever-excellent attendance. Fans know that if they buy tickets, especially for the Fridays and the final weekend, they’re likely to see a top player or two or four. Tournament director Eugene Lapierre can give one set of fans a Djokovic quaterfinal knowing full well that the fans in the evening will get their own rock star in Rafael Nadal.

But what happens when the day has turned into the evening, except that the day session isn’t finished yet? Well, there’s a work-around for that: you give priority to those with daytime tickets for the Djokovic match.

Even as the Serb and Gulbis play on and as the clock nears 9 p.m. when they head to a third set, you give the fans with the day tickets priority for their day match. Because the fans who purchased evening tickets will still get to watch Nadal battle Kei Nishikori before a duel between Andy Murray and defending champion Jo-Wilfried Tsonga.

Chardy discussed a potential solution to the schedule shuffling that comes as a result of the rain. “Having a roof is always an asset for a tournament, especially for the crowd,” he told reporters. “When you buy your tickets, at least you’re sure you can see the match.”

It may not be feasible with Uniprix Stadium, but he’s right. That way, everyone gets their share. And everyone buys their ticket to see their great matches.