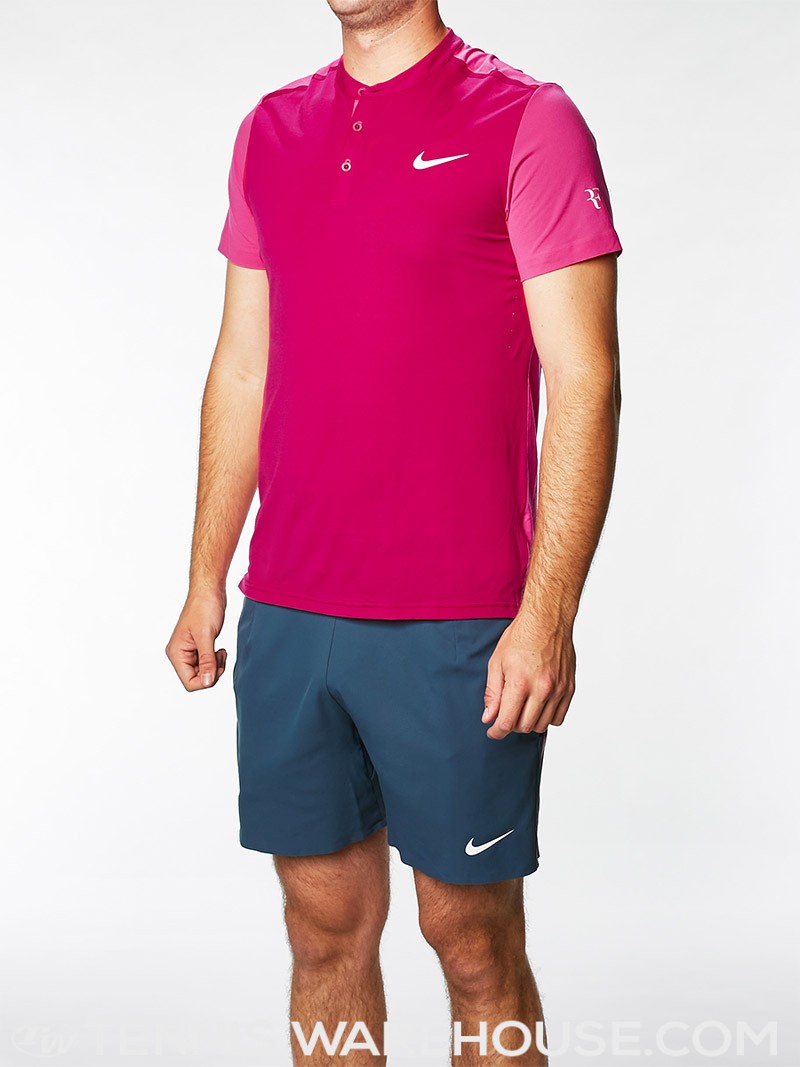 The hard-courts of North America are heating up and the men on the ATP World Tour will be adamant on elevating their games for the final Grand Slam of the season at the US Open.

Prior to arriving at Flushing Meadows, the likes of Roger Federer, Rafael Nadal, Grigor Dimitrov and Nick Kyrgios are all slated to participate in the Masters 1000 events in Montreal and Cincinnati and debut their latest Nike Tennis 2015 Fall apparel and footwear.

Hoping to build on his recent finals appearance at Wimbledon, Federer returns to the hard-courts in search of continued glory. Set to debut the Premier RF Henley Shirt (picture to the right) in sport fuchsia, vivid pink and white, Roger will complete his outfit with the Gladiator Premier 7″ Short in squadron blue with sport fuchisa and white. Federer’s shoes in Canada and Cincy will be the Vapor 9.5 Tour in white and black and his cozy warm up jacket for his matches will be the Premier RF N98 Jacket squadron blue with sport fuchsia.

The new poster boy for Nike Tennis flies into the hard-court swing hungrier than ever. Looking to make a wrong season right, Dimitrov’s talent has never been in question. Highlighted in the Fall Advantage Dri-Fit Cool Polo in white with game royal, Dimitrov’s matching shorts will be the Fall Court 7″ Short in game royal with squadron blue and white. Grigor’s shoe of choice for the remainder of 2015 will be a custom made pair of Vapor 9’s.

Full of personality and power, Kyrgios has become a box office player around the globe. Eager to begin his hard-court campaign, Kygrios is scheduled to wear the Fall Advantage Polo in team red with white, which will be paired with the Fall Gladiator 9″ Short in team red with university red and white. The newsworthy Australian will complete his kit by sporting the Vapor 9.5 Tour in white and black.