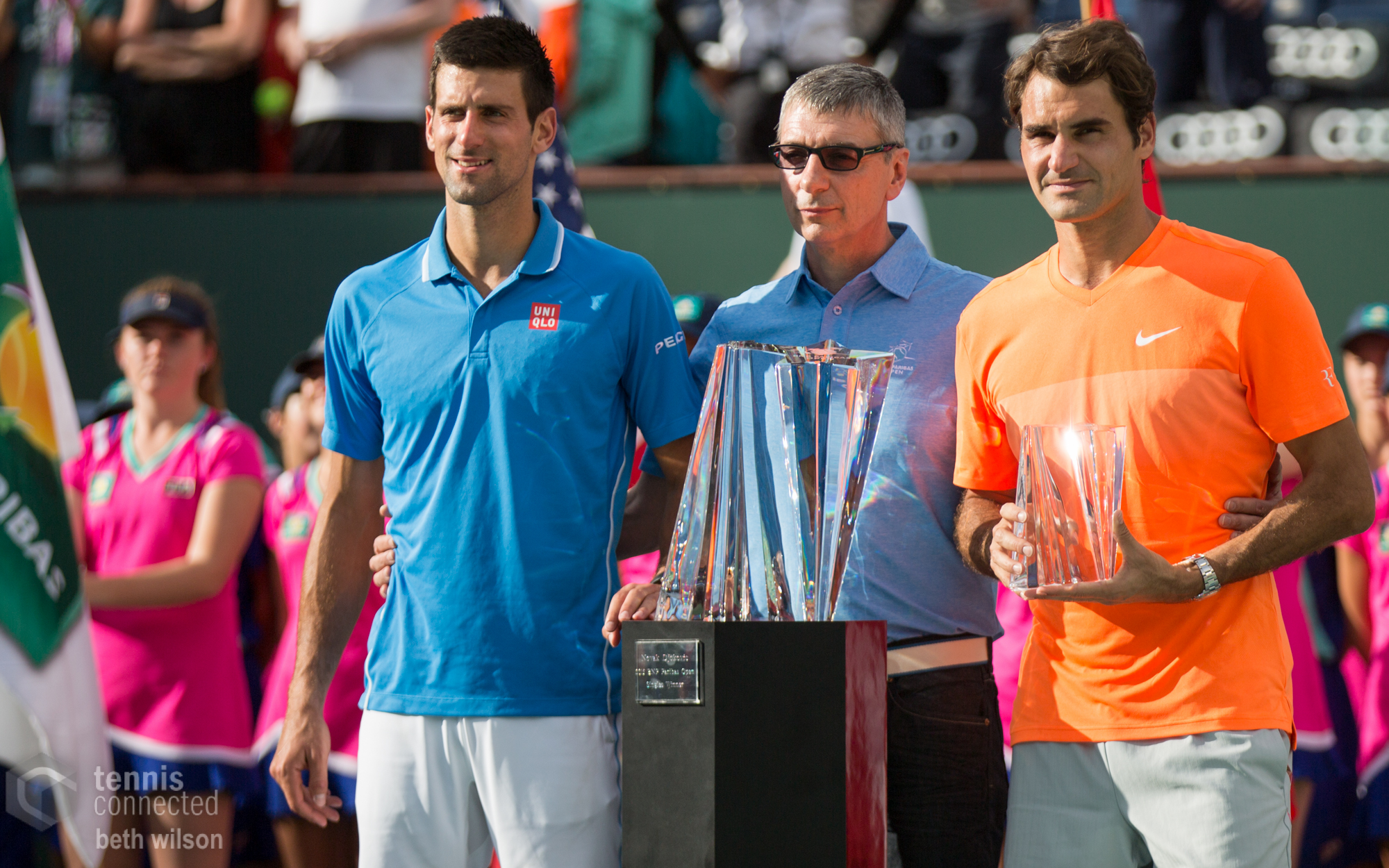 Serena Williams is the 2015 ladies’ singles champion, the American winning her third major of the year, a sixth Wimbledon title and the twenty-first Grand Slam of her illustrious career with a hard-fought win over Garbine Muguruza.

Today sees Roger Federer try to avenge his 5 set loss to Novak Djokovic in last year’s Wimbledon final, the Swiss star looking to claim his eighth Wimbledon crown as top seeded Djokovic shoots for a third title at the All England Club. Read on for my predictions for today’s blockbuster final.

Twenty-one year old Muguruza was playing in her maiden Grand Slam final, but the Spaniard seemed unfazed by the occasion, breaking the world number one in her opening service game as she opened up a 4-2 lead. On a sunny day in London, it took a while for Williams to warm up, as Muguruza showed that she is a star of the future with powerful hitting off both wings.

The famed Williams serve was particularly rusty as the outset, with a string of double faults indicating that even superstars feel the pressure. But the top seed avoided going down a double break and gradually lifted her first serve percentage, reeling off 4 games in a row from 4-2 down to claim the first set, 6-4.

Winning the first set seemed to settle the world number one as she stormed out to a 5-1 lead in the second set, at one stage stringing together 12 successive points. Muguruza appeared helpless to stop Williams’ quest for a sixth title in London, but the Spaniard refused to wilt, breaking to love and then breaking again as Williams tightened up in sight of the finish line and an historic victory. But, as she has done so many times in the past, Williams gathered herself and got the job done, breaking Muguruza in the tenth game to secure a 6-4 6-4 win in 83 minutes.

For Williams, the win keeps alive her hopes of a calendar Grand Slam and puts her within one title of Steffi Graf’s Open era record of 22 majors. Even Margaret Court’s record of 24 Grand Slams is approachable, given Williams’ dominance in recent times.

For Muguruza, it was a fantastic tournament and the Spaniard would have won a legion of new fans with her gritty performance yesterday. I’ve been saying all tournament that Muguruza is a star of the future but I think that comment needs to be clarified: Muguruza’s time is now and she will be a serious contender at all of the majors going forward.

World number one Novak Djokovic is the defending champion and has swept virtually all before him in 2015 – his only loss in Grand Slam play coming at the hands of a red-hot Stan Wawrinka in Paris. Accordingly, the Serb deserves to start this final as the favourite, despite some lingering concerns over his left shoulder that required treatment during his semi-final win over Richard Gasquet.

But there are a number of reasons for Federer fans to have legitimate hope heading in to this final. The Swiss star was in scintillating form in the semi-finals, simply outclassing an in-form Murray with an exceptional serving display. If Federer plays (and, in particular, serves) as well as he did against Murray, then he has a very good chance to win an eighteenth major title today.

After a number of warm days in London, today’s weather is much cooler and there is a chance that rain will force the tournament organisers to close the roof on Centre Court. Either way, the cooler conditions will help Federer, as they allow the ball to travel quicker and so will help the second seed finish points quicker. Against a player with the best defensive and retrieval skills in the sport, that is a significant benefit. A bit of rain will also mean that the ball skids and slides through a lot more, something that will make Federer’s slice backhand more potent and assist his forays to the net.

Finally, the match-up against Djokovic is one that Federer actually likes. Unlike against Nadal, who bullies the Federer backhand relentlessly with his monster forehand, Federer is always in the match against Djokovic, even if the Serb ultimately finds a way to win. Federer upset Djokovic in the final in Dubai earlier this year, a strong serving performance getting him over the line in fast conditions.

Overall, I think Djokovic’s 2015 form makes him a slight favourite but I wouldn’t be surprised to see Federer pull off the upset. Either way, tennis fans should be in for a treat. Djokovic in 5.

That’s it for today. Enjoy the men’s final and I will be back to wrap up the final and the tournament tomorrow. In the meantime, you can follow all of the action on Twitter: @satelliteserve.