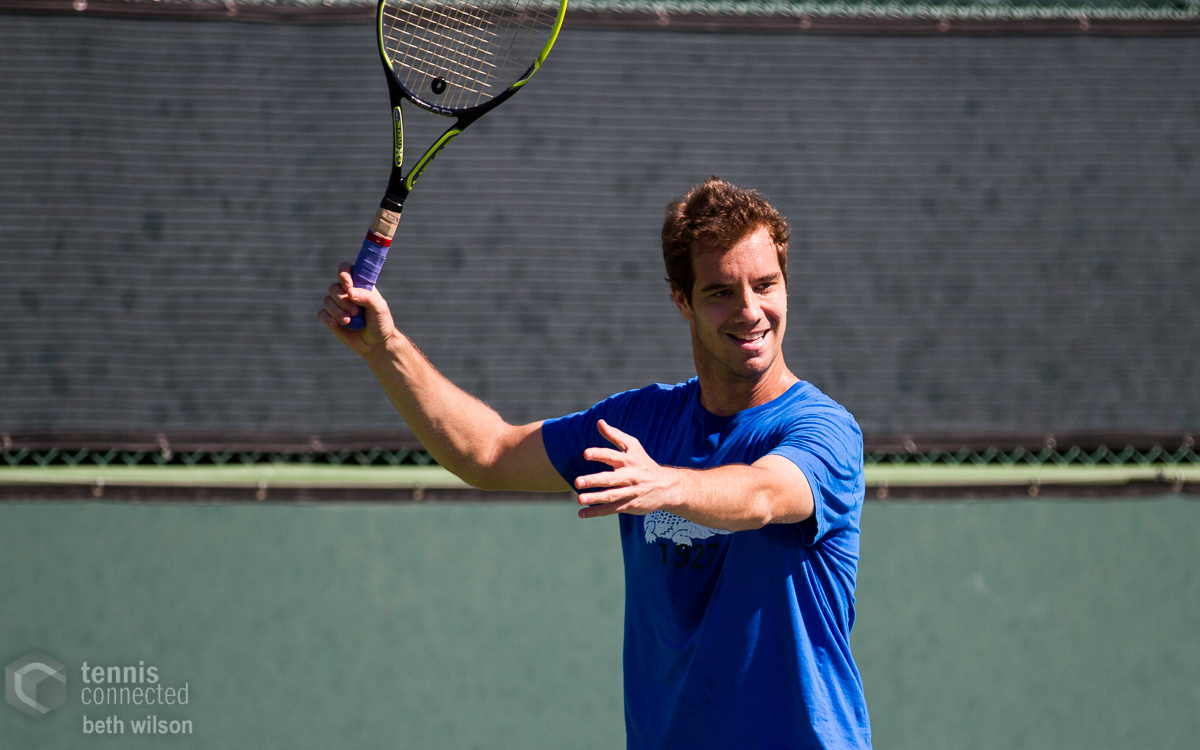 Garbine Muguruza will contest her first ever Grand Slam final on Saturday, after outlasting Agnieszka Radwanska in 3 sets on Day 10. Standing in the way of a maiden major title is none other than world number one Serena Williams, who will be looking to secure a sixth Wimbledon crown on Saturday after proving too strong for Maria Sharapova.

Friday is men’s semi-finals day at SW19, with Novak Djokovic squaring off against Richard Gasquet before Roger Federer takes on Andy Murray in a much-anticipated encounter. Read on for my predictions as to how those matches will unfold.

Muguruza may have been playing in her first Grand Slam semi-final, but the Spaniard showed no signs of nerves early on, overwhelming Radwanska with an onslaught of powerful winners off both wings. The twentieth seed claimed the opening set, 6-2, and when she moved ahead a break in the second set it appeared as though the match was as good as over. But former Wimbledon finalist Radwanska started mixing up her shots and capitalised on some tension on Muguruza’s part, the Pole reeling off 6 consecutive games as she moved the Spaniard around the court and out of position.

When Radwanska broke serve at the beginning of the deciding set, she looked to be the firm favourite to progress to the final but, showing composure beyond her years, Muguruza stuck to her guns, breaking back and then firing a backhand winner to go up 4-2. A visibly tight Muguruza shrugged off two break points and a controversial challenge from Radwanska in the final game, ultimately prevailing 6-2 3-6 6-3.

Maria Sharapova entered her semi-final against Serena Williams holding a miserable 2-17 win-loss record against the top seed and, sadly for Sharapova fans, the match followed an utterly predictable script. Williams improved her career record in major semi-finals to an astonishing 25-3 with a 6-2 6-4 victory, the American sending down 13 aces to Sharapova’s 2. Once again, the second serve was Sharapova’s Achilles heel, the Russian winning just 29 percent of her second service points.

Armed with a swashbuckling backhand and full of confidence after wins over the likes of Nick Kyrgios, Grigor Dimitrov and Stan Wawrinka, Richard Gasquet enters this match with very little to lose. The Frenchman is the clear underdog against the world number one and two-time champion Djokovic, and he will need to execute at an extremely high level if he is to cause the upset.

Djokovic has claimed victory in all but one of the pair’s 12 previous clashes, with Gasquet’s sole win coming way back in 2007. After a scare against Anderson, Djokovic was all business against Cilic in the quarter-finals, and I think he will simply be too strong and too solid overall for Gasquet in this one. The Serb knows that a final against either Murray or Federer will be highly demanding, and he will want to conserve as much energy as possible by finishing off Gasquet swiftly. Djokovic in 3.

This match-up is almost too close to call. The players have split their two previous matches on grass, with Federer beating Murray in the 2012 Wimbledon final and Murray claiming revenge at the London Olympics not long after. Overall, Federer holds a narrow 12-11 advantage after winning 4 of the last 5 clashes between the pair. Federer humbled Murray at the season-ending championships, the Scot claiming just one game for the match, but that encounter will have no bearing on today’s match-up. After struggling last year to get back to his best tennis following back surgery, Murray has been a model of consistency on court this season and seems very happy off the court as well, having married long-term girlfriend Kim Sears earlier this year.

Both players have cruised through their respective sections of the draw with relative ease, and each will be looking to lift a gear in this clash. Federer is an incredible 9 for 9 in previous Wimbledon semi-finals and the All England Club most definitely represents his best chance of claiming another major title. Conditions for match are forecast to be warm and sunny, and I think this will suit Murray, with Federer preferring the faster conditions that come in cooler conditions.

Whilst not much separates the pair, I sense that Murray is nearing his peak whilst Federer, though still performing at an incredibly high level, isn’t quite the player that he used to be. With the crowd behind him, I think the Scot will finally breaking Federer’s semi-finals streak in London. Murray in 5.