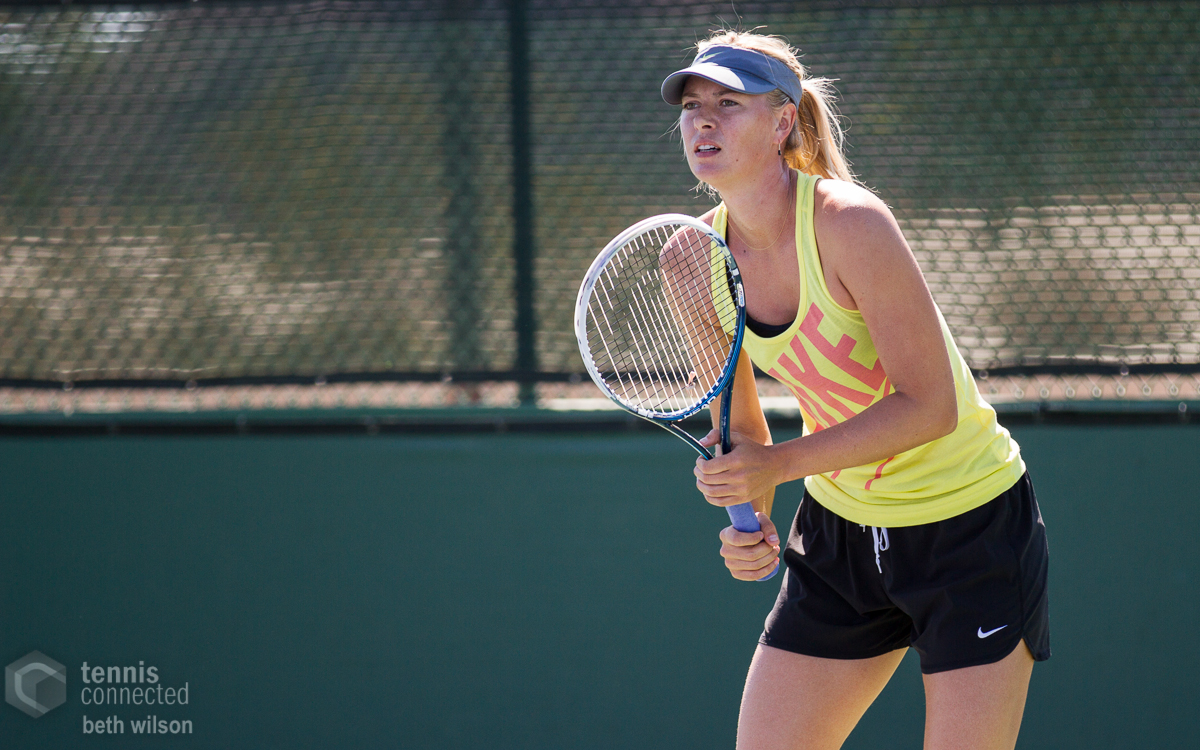 The men’s semi-finals are set, after big guns Federer, Murray and Djokovic bulldozed their way into the final four. They will be joined by Frenchman Richard Gasquet, who upset French Open champion Stan Wawrinka in a pulsating 5-setter on Day 9.

On a day which saw intermittent showers frustrate fans and players alike, former champion Andy Murray remained focused throughout his quarter-final against Vasek Pospisil. Cheered on by a capacity crowd, Murray was sharper on the big points, with Pospisil’s lack of experience at this stage of a major, plus the cumulative effects of playing a string of long singles and doubles matches, ultimately counting against the Canadian.

Murray’s straight sets win set up a semi-final showdown against 7-time champion Roger Federer, who was just as convincing in his straight sets win over Gilles Simon. The Frenchman has pushed Federer all the way in Grand Slam matches in the past, but Federer was on song from the outset of this clash, breaking Simon in his opening service game and never looking back. Ultimately, the Swiss superstar recorded a 6-3 7-5 6-2 win in 94 minutes to move into the tenth Wimbledon semi-final of his illustrious career.

In the top half of the draw, top seed and world number one Novak Djokovic was pitted against last year’s US Open winner Marin Cilic. After being pushed to the brink of elimination by Kevin Anderson in the fourth round, the world number one was in no mood for another marathon, breaking Cilic in each set to collect a 6-4 6-4 6-4 victory. The win represented victory number 650 in Djokovic’s career and puts him just a pair of wins away from defending the title he claimed at the All England Club last year.

With the first three semi-finals being relatively one-sided affairs, all attention soon focused on the cliffhanger that was evolving in the quarter-final between fourth seed Wawrinka and twenty-first seed Gasquet. The Frenchman, looking to make a second Wimbledon semi-final eight years after his first, started promisingly, claiming the first set before going down 0-3 in the second. Gasquet fought back, only to hand Wawrinka the set courtesy of a double fault. The third set was one-way traffic in Wawrinka’s direction, before the Swiss star returned Gasquet’s earlier favour, double-faulting to hand the Frenchman set number 4.

In the deciding set, Gasquet looked to have clinched the win when he broke for a 5-3 lead. But the Frenchman, sometimes shaky at the critical moments, was unable to serve it out, and the players continued to slug it out before Wawrinka finally succumbed in the twentieth game of the fifth set, Gasquet claiming a 6-4 4-6 3-6 6-4 11-9 win in 3 hours and 28 minutes. Gasquet, who has only won 3 of 19 Grand Slam round of 16 matches, improved to 3-0 in Grand Slam quarter-finals and will now face top seed Djokovic for a place in Sunday’s final.

Can rising star Garbine Muguruza emulate the feats of her countrywomen Arantxa Sanchez-Vicario and Conchita Martinez and progress to the Wimbledon final, or will Pole Agnieszka Radwanska work her way through to a second final at the All England Club? Radwanska did well to wear down big hitter Madison Keys in the quarter-finals, and I think the Pole will need to adopt a similar strategy if she is to beat Muguruza who, like Keys, is a powerful baseliner and a star of the future.

Muguruza has swept aside all before her in the tournament to date, beating the likes of Kerber and Wozniacki en route to the semi-finals. The Spaniard seems pretty level-headed for a young player, and I think she has the temperament and the self-belief to claim the victory in this one. The match is on her racquet and, unlike Keys, who was unable to put Radwanska away, I think Muguruza will simply be too powerful and too consistent for the former finalist. Muguruza in 3.

As has been well documented, former champion Maria Sharapova has an utterly woeful head-t0-head record against world number one Serena Williams, having beaten the American in just 2 of their 19 career meetings. But, if Sharapova should take confidence from anywhere, it is in London. After all, it was at the All England Club in 2004 that Sharapova truly announced herself to the tennis world, stunning Williams in straight sets to capture her maiden Grand Slam title.

Since that historic win, Williams has taken extreme pleasure in defeating Sharapova over and over again. For the Russian, her weak serve compared to Williams’ tremendous serve is the biggest difference, but the fact that Sharapova hits a hard, flat ball is another problem – that sort of ball is exactly what Williams thrives on. Being the consummate professional, Sharapova will scrap and fight for everything in this semi-final, and will endeavour to shriek and grunt her way to victory. But like so many of the contests between the pair, I think Williams will be just that little bit too good. Williams in 2.