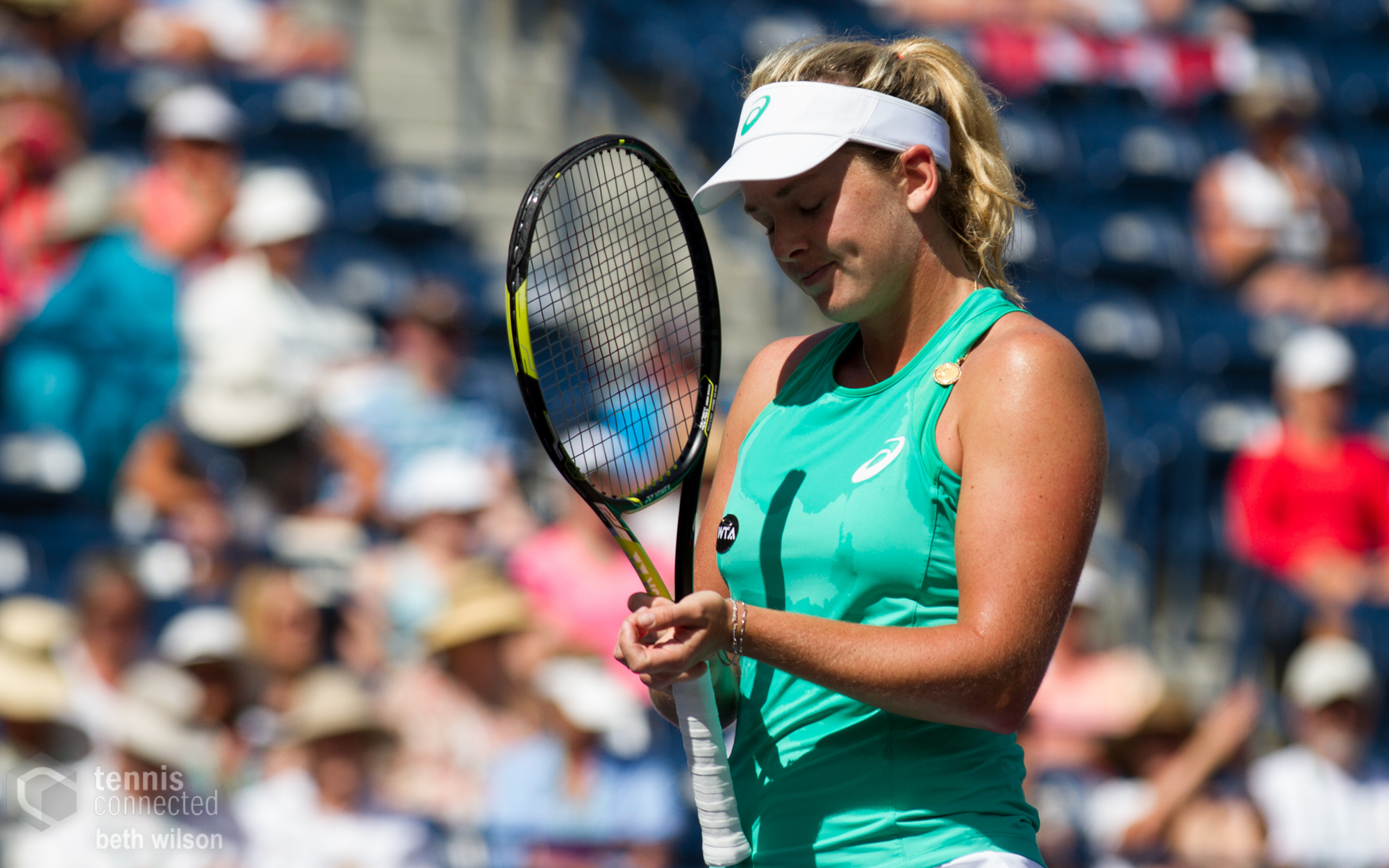 After the traditional rest day on Sunday, Manic Monday had no shortage of drama on both the men’s and women’s side.

Seven-time champion Roger Federer cruised past Roberto Bautista Agut without dropping a set and Gilles Simon smoked Tomas Berdych in straight sets but, at the time of writing, top seed Novak Djokovic was still locked in battle against big-serving Kevin Anderson, the South African taking the opening set off the defending champion.

Former champion Maria Sharapova has an eminently winnable match against world number 47 Coco Vandeweghe, who backed up her good win over Sam Stosur with a fine victory against French Open finalist Lucie Safarova.

This is the first time the pair has met, and one has to strongly favour the Russian but the American has nothing to lose and will no doubt be buoyed by her performances to date at the All England Club this year. I’m not sure that Sharapova can go all the way, but I do think she will be too good in this one. Sharapova in 2.

This is clearly the pick of the women’s quarter-finals, pitting the current world number one against a former world number one, with both players having won multiple Grand Slam titles. Azarenka has a poor record overall against Williams, having triumphed in just 3 of their 19 career meetings. But the Belarusian normally makes things interesting, and really should have beaten Williams in both of their meetings earlier this year.

If this match were being played on any other surface, then I’d give Azarenka a good chance of scoring the upset – to my mind, she is one of the few players on tour capable of matching Williams in the power stakes. But on grass Williams is clearly superior and I think she will get through in a tight 2-setter.

Having spent time away from the sport, Swiss player Timea Bacsinszky capped off an impressive return to the WTA Tour with a fairytale run to the semi-finals at Roland Garros a few weeks ago. The fifteenth seed has proved at the All England Club that her efforts in Paris were most definitely not a fluke, backing up that performance with a run to the final 8 in London.

Muguruza has been similarly impressive, knocking out Angelique Kerber and Caroline Wozniacki in her last two matches. This is a huge opportunity for the winner to reach the final 4 of the tournament and it will really come down to who handles the occasion the best. I’ll take the Spaniard in a close encounter. Muguruza in 3.

The match represents a classic contrast of styles, with young American Madison Keys being a power hitter in the mould of world number one Serena Williams and former Wimbledon finalist Agnieszka Radwanska being a cagey counterpuncher.

Radwanska is the more experienced player but Keys upset Venus Williams en route to the semi-finals at Melbourne Park earlier this year and, with former Wimbledon champion Lindsay Davenport in her camp, will go into this match knowing that the fate rests of her own racquet. The Pole is particularly crafty on grass and leads Keys 3-0 head to head, but I’ll take Keys to stop the rot and blast Radwanska away in this one. Keys in 3.