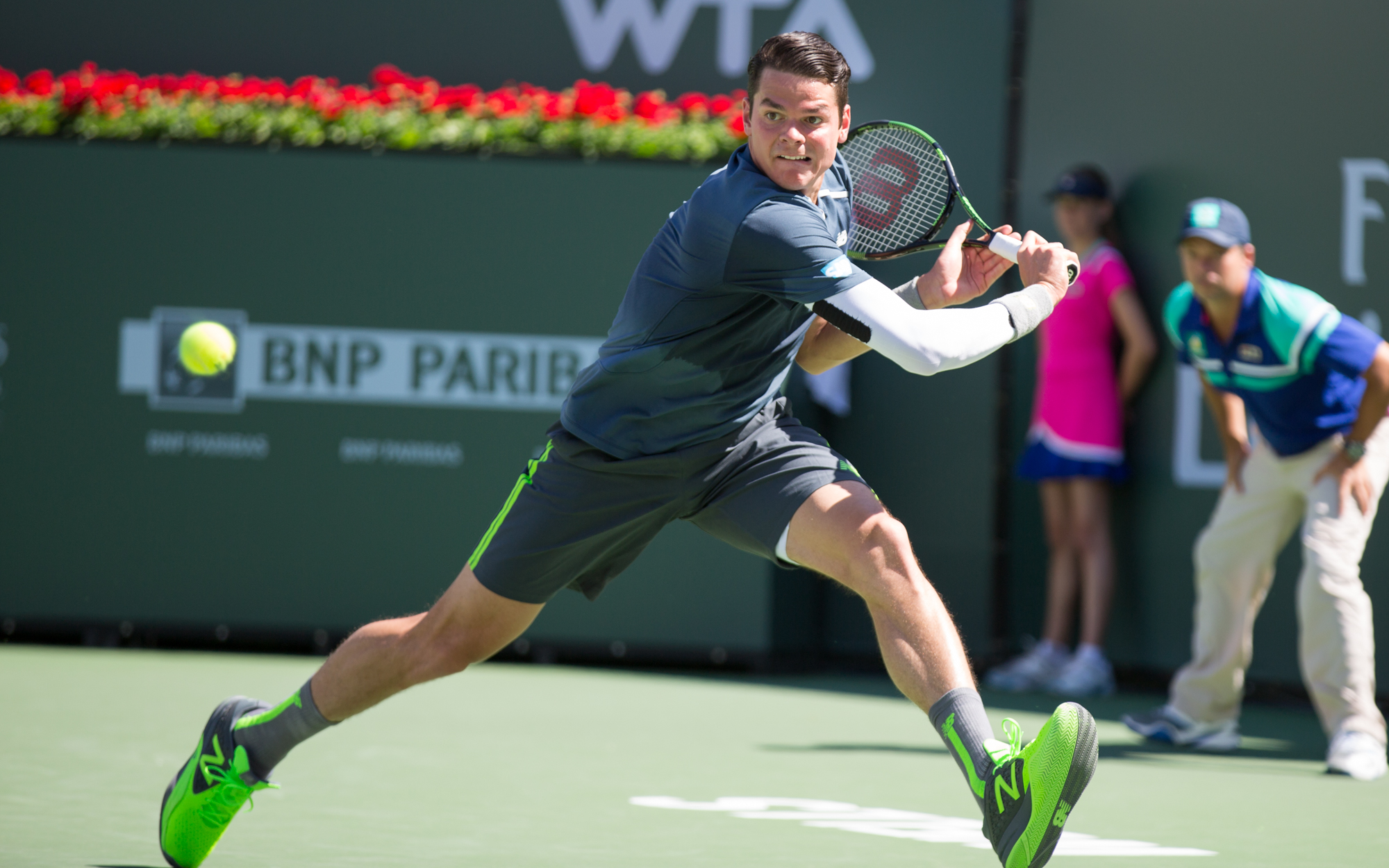 Two-time champion Rafael Nadal is out of this year’s tournament, the tenth seed upset by big-serving German Dustin Brown in 4 sets on Day 4.

Swinging freely and going for broke with a dynamic brand of serve-and-volley tennis, Brown survived a mid-match comeback from Nadal to improve to 2-0 in his career against the Spanish superstar. There were no such problems for Federer and Murray, who scored emphatic victories over Sam Querrey and Robin Haase, respectively. Other men’s seeds to progress on Day 4 included Jo-Wilfried Tsonga, Gael Monfils and Tomas Berdych, whilst Ivo Karlovic outlasted Alexandr Dolgopolov 13-11 in the deciding set.

In the women’s tournament, defending champion Petra Kvitova scored another decisive win to move into the third round, and was joined by former finalists Agnieszka Radwanska and Sabine Lisicki, former world number one Caroline Wozniacki and rising Czech star Karolina Pliskova.

Last year’s semi-finalist Grigor Dimitrov takes on former semi-finalist Richard Gasquet in this battle of the picturesque one-handed backhands. Gasquet has always had oodles of talent, but hasn’t always been able to fully focus mentally and capitalise on his undoubted potential.

Dimitrov had a terrific 2014 but has struggled to be as consistent in 2015 to date. Still, returning to the scene of his best Grand Slam performance is sure to boost his confidence and I think he will get the better of Gasquet in this one. Dimitrov in 4.

This is a rematch of last year’s quarter-final, where Nick Kyrgios’ breathtaking run finally came to an end at the hands of the big-serving Raonic. I think Kyrgios has a better chance this year, having had the experience of playing Raonic last year, and also not being as fatigued as he was by the time the pair played last year.

Raonic’s serve always makes him a threat on grass but he hadn’t really cashed in on this advantage until last year, where he made it through to the semi-finals at the All England Club. I think this will be a close contest but the Canadian’s serve will be the difference in the end. Raonic in 5.

Verdasco’s big serve and powerful forehand make him a threat on any surface, but in particular on fast surfaces such as grass. The Spaniard was very close to taking out Andy Murray in 2013 before the Scot went on to claim the win and ultimately the title, and Verdasco won’t be holding back in this high-profile clash.

Wawrinka has done well to win his first couple of matches at SW19 after all of the excitement and exposure of capturing the French Open title in Paris a few weeks ago. Like Verdasco, Wawrinka is a hard hitter and aggressor, so tennis fans are in for a treat with this match. Wawrinka in 4.

Top seeded Djokovic has looked good in his first two matches but will need to step up a gear against Bernard Tomic, the Australian with the unusual game and an affinity for grass. Tomic is a former quarter-finalist at the All England Club and his quirky game of hard, flat groundstrokes and various spins and slices will surely give Djokovic some anxious moments.

Djokovic, however, is the master of the big points and I can’t see Tomic challenging him at the most critical moments in the match. Look for Tomic to grab a set but for Djokovic to ultimately progress in a tough 4-setter. Djokovic in 4.

Reigning US Open champion Marin Cilic survived an epic duel against Lithuania’s Ricardas Berankis in the second round, and now faces another stern test against the big-serving American John Isner. Isner cruised past Australian Matt Ebden in round 2 and will fancy his chances on grass against the ninth seeded Croat.

If Isner can serve well and take his chances on Cilic’s service games, then he definitely has a chance of scoring the upset. But Cilic has a tremendous serve of his own and is the better player from the back of the court. Cilic in 4.

Put your house on: Serena Williams. The top seeded American should be too strong for hometown hope Heather Watson today.

Likely to go the distance: Pencil in a long clash between Swiss seed Belinda Bencic and American Bethanie Mattek-Sands, who defeated Ana Ivanovic in round 2.