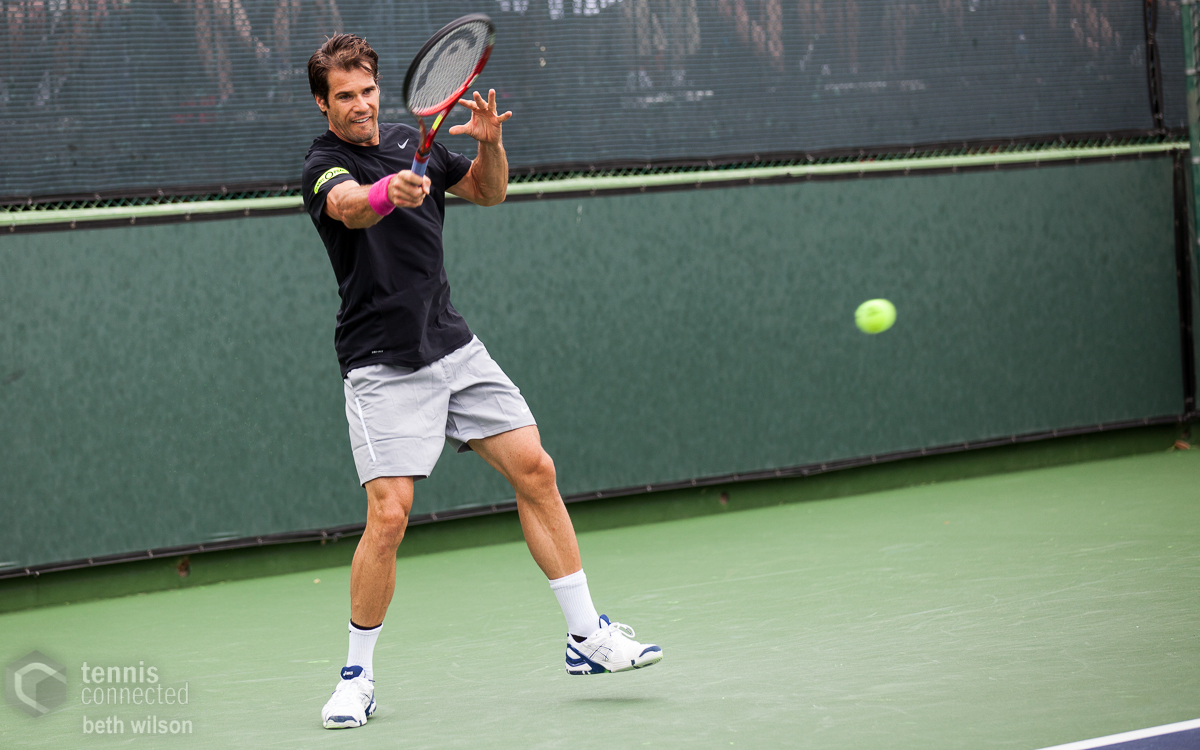 Two of last year’s ladies’ semi-finalists have fallen at the first hurdle this year, with Eugenie Bouchard and Simona Halep both crashing out of the tournament on Day 2.

On a bright and sunny day in London, Eugenie Bouchard’s gloomy year turned from bad to worse, the Canadian going down to Ying-Ying Duan, ranked 117 in the world, in a loss which will see Bouchard drop outside the world’s top 20. Simona Halep fared little better, the third seed unable to match Jana Cepelova in the deciding set of their match. There was better news for defending champion Petra Kvitova, who dropped just one game en route to round 2, and fellow seeds Caroline Wozniacki, Angelique Kerber, Ekaterina Makarova and Agnieszka Radwanska, all of whom progressed to the second round.

In the men’s tournament, the three big names in action on Day 2 all progressed in straight sets. Andy Murray saw off the Kazakh Kukushkin, Rafael Nadal cruised past Thomaz Bellucci from Brazil and second seed Roger Federer was too good for the young Bosnian Dumzhur. Jo-Wilfried Tsonga was forced to 5 sets by Gilles Muller before prevailing, whilst Gilles Simon scored a good win over Nicolas Almagro. Other seeds to win on Day 2 included Gael Monfils, Feliciano Lopez and the big-serving Ivo Karlovic.

Novak Djokovic did everything that was asked of him in round 1, delivering a solid straight sets win over the dangerous Philipp Kohlschreiber. I think the Serb will get better as the tournament goes on and Nieminen, in his last Wimbedon ever, is unlikely to have the energy to match Djokovic after enduring a 4 hour victory in round 1 against fellow upcoming retiree Lleyton Hewitt.

If Nieminen serves particularly well, then he has an outside chance, but with Djokovic’s returning abilities among the very best, if not the best, in the game right now, I think the Finn will have his work cut out for him to make the scoreline respectable. Djokovic in 3.

Veteran Tommy Haas is once again on the comeback trail from injury, but one has to think that his days on a tennis court are numbered. The German is a former Wimbledon semi-finalist and has been ranked as high as number 2 in the world. He’s comfortable on grass-courts and will trouble Raonic if he can get enough balls back into play on the Raonic serve.

Having skipped Wimbledon to get his body in tip-top shape for Wimbledon, Raonic should be raring to go. His ballistic serve was the catalyst for his run to the semi-finals at SW19 last year, and I think it will make a key difference once again. Look for Haas to start strong before fading as Raonic proves relentless on serve. Raonic in 4.

I think that Thiem has a very bright future ahead of him, and I will back the young Austrian to be more consistent than his Spanish adversary down the stretch. Look for Verdasco to wilter in the key moments and for Thiem to claim a valuable win. Thiem in 5.

Mattek-Sands has plenty of power, but this is likely to play into the hands of former world number one Ivanovic, who loves to receive a hard and fast ball. Ivanovic did well in Paris and I fancy her chances of another good showing here. Ivanovic in 3.

Former world number one Azarenka raced through her opening match on Monday, but the Belarusian will likely find the going far tougher against Flipkens, who is a former semi-finalist at the All England Club. The Belgian has a compact and classical all-court game and won’t be intimidated by Azarenka today.

Azarenka, as a two-time major winner, deserves to go into this match as the clear favourite, but I don’t think Flipkens will make it easy for the twenty-third seed to progress to the third round. Look for this one to go the distance, with Azarenka’s big match experience ultimately proving the difference. Azarenka in 3.

Likely to go the distance: As noted above, I think the Verdasco-Thiem clash has all the makings of a long and gruelling encounter.