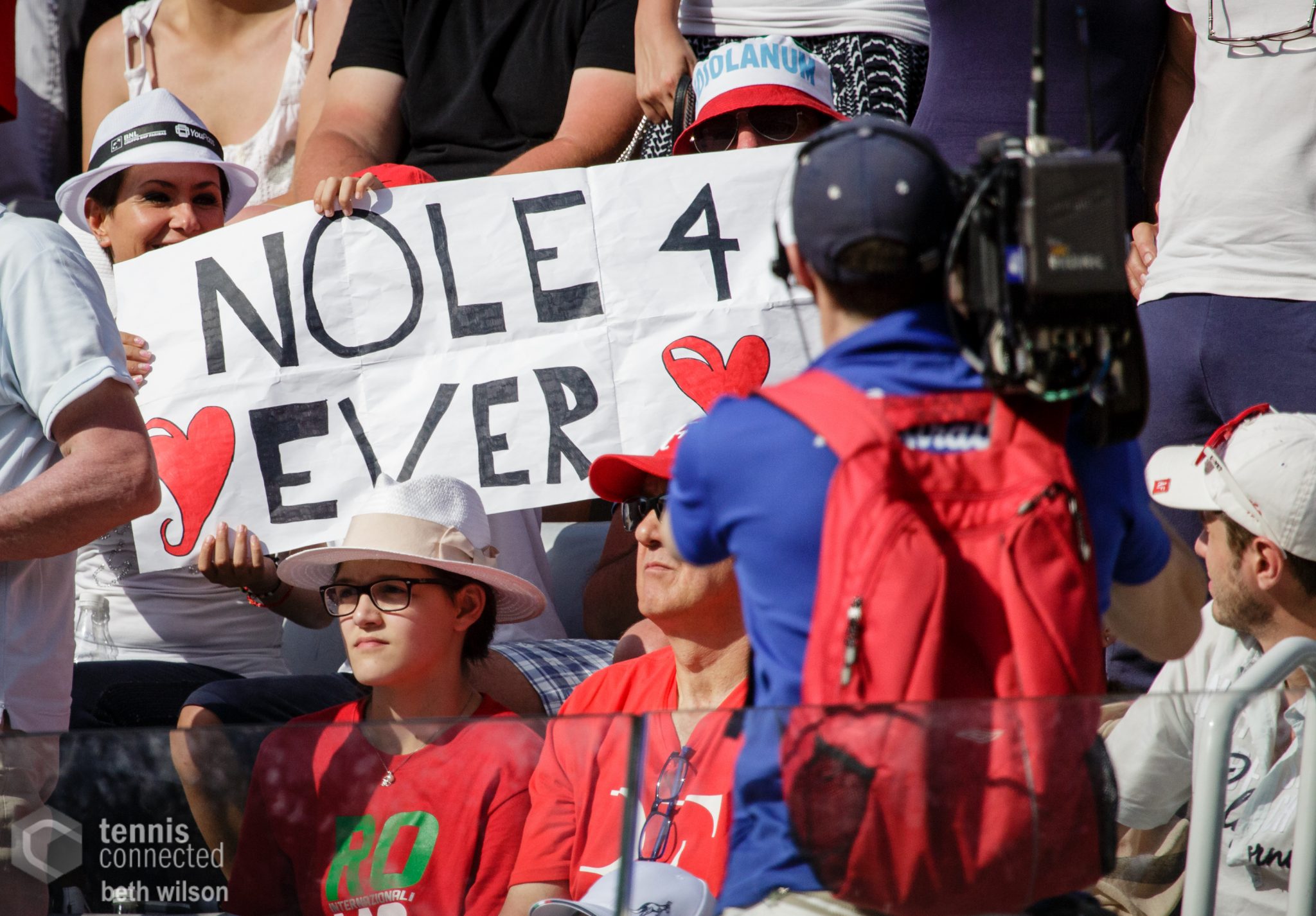 Welcome to Tennis Elbow, the column that looks back on the week that was in the world of tennis. This week, Charles Blouin-Gascon recaps the first week of the 2015 Roland Garros.

Novak Djokovic has done it. The No. 1-ranked player has completed the career Grand Slam and won Roland Garros for the first time in his career.

That was supposed to be the lead for most columns today; most of us had decided on this after the Djokovic beat Rafael Nadal in the quarterfinals. But Stanislas Wawrinka had other plans and, in the end, he was the one left standing in this 2015 Roland Garros final after winning by the score of 4-6, 6-4, 6-3 and 6-4.

But the beginning of the match stayed true to the fairytale. The Swiss started the match on a strong note and didn’t make mistakes in the opening set; it was Djokovic who made these at the beginning, though it didn’t quite hurt him. The two stayed on serve until the Serb cracked the Swiss code to escape with the set.

That would be the last of the great times in this final for the Serb.

From the second set and onward, Wawrinka was the more ascendant, confident and aggressive player. And because Djokovic served a little worse in this second set and, most importantly, lost the all-too-important battle of second-serve points won, and eventually the set itself, to Wawrinka. The Swiss was holding his end of the bargain of the tournament thus far, making sure that his serve was just about as unbreakable as it had been up until this match.

After two sets, Djokovic and Wawrinka were tied at a set apiece, but the Swiss was the more deserving, and active, player: he had won one total points more than the Serb at 67-66, but the tally would be much more slanted to Wawrinka’s advantage by the end of the match.

This is where I slot in the reminder that Djokovic had played almost two hours more than Wawrinka in his “off day” against Andy Murray, when their semifinal match was interrupted on the last Friday of the tournament due to rain and darkness. This was partly due to the match’s late start, yes, but also and very much so self-inflicted from Djokovic: at 3-2 in the third set, he had two break chances to perhaps finish the match. He couldn’t and, because of it, couldn’t rest on the Saturday before the final, eventually needing all of five sets against Murray.

This is also where I slot in the reminder that the main draw hadn’t been especially kind to Djokovic, who had to take on a player who only had lost once in his career in Rafael Nadal in the quarterfinals, and then one who was unbeaten on clay in 2015 in Murray.

But you can only beat the players that are standing across the court from you, and that’s all Wawrinka did, notably beating Roger Federer in the quarterfinals—though that isn’t quite what it once was. And in the final, or the first time in their previous five matches at Grand Slams, the two wouldn’t need a deciding and fifth set: Wawrinka beat the best player in the world, dominating a spent, drained and (as a result) very passive Serb over the remainder of the match to win the first French Open of his career in four sets.

The win gives Wawrinka a second Grand Slam title after his title in Australia a year ago, a remarkable feat for someone who has played his entire career in the era of Djokovic, Nadal and Federer, and who broke through in any meaningful way only in 2013 after teaming up with Magnus Norman and unleashing the deadly and heavy groundstrokes he has become known for.

A second Grand Slam title is big for Wawrinka, as history has been kinder to players with more than just the lone major title. He will now forever stand toe-to-toe with the likes of Lleyton Hewitt, Marat Safin, Yevgeny Kafelnikov, Patrick Rafter and, yes, Andy Murray. (Whether or not you think Murray is or isn’t better than Wawrinka depends on if you give credit to one for four Grand Slam finals lost, but the facts are that they have two Grand Slams each.)

But this debate of what place will be Wawrinka’s in tennis lore will be for the day he retires. On Sunday, against the world’s best player, he was the better one by quite a large margin. That should suffice.