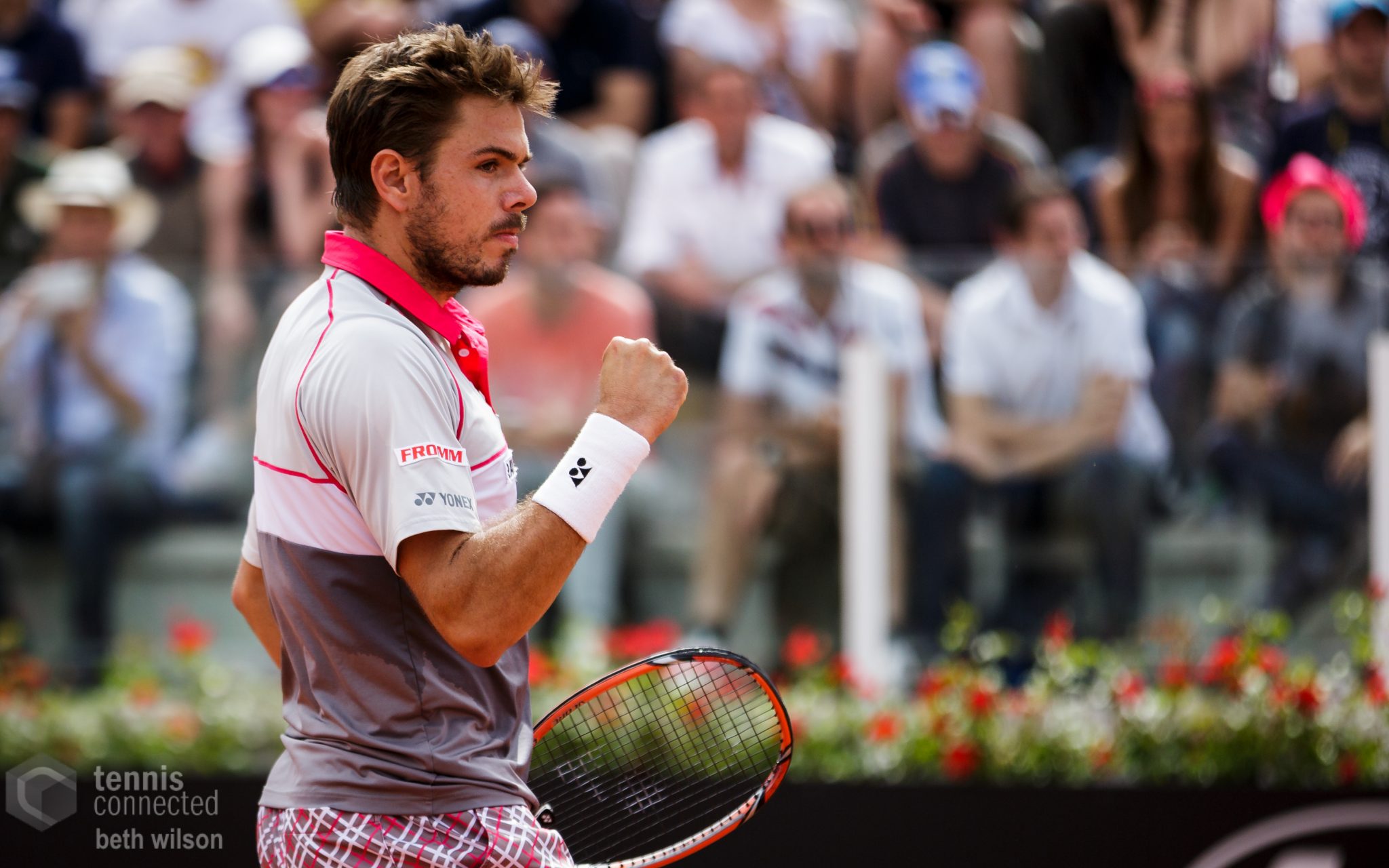 Stan Wawrinka is the 2015 French Open men’s singles winner, the eighth seed stunning world number one Novak Djokovic with an awe-inspiring display of power tennis to capture the second Grand Slam of his career.

Riding a 28 match winning streak that had seen him win his last 5 tournaments, top seeded Djokovic started the final on a bright note, taking the first set, 6-4. As was the case in the first 2 sets against Murray, all it took was one sloppy service game from his opponent for Djokovic to claim the set, the Serb taking advantage of a loose service game from Wawrinka in the seventh game of the match and maintaining his lead from there to claim the set in 43 minutes.

Wawrinka was immediately under pressure in the second set, forced to fend off a break point in his opening service game. But from there the tide began to turn, with the Swiss star repeatedly putting Djokovic under pressure in his service games. The second set saw Djokovic’s first serve percentage drop significantly, as Wawrinka opened up his shoulders and started going for his shots from the back of the court.

Djokovic managed to get out of jail in the fourth, sixth and eighth games of the second set, saving break points in each of them and causing Wawrinka to slam his racquet into the net in frustration at the end of the eighth game. But the dam wall finally collapsed in the tenth game of the set, an errant backhand from the world number one handing Wawrinka the set, 6-4, and forcing Djokovic to slam his racquet into the ground in anger.

Winning the third set seemed to inspire Wawrinka, as he pinned Djokovic well behind the baseline and didn’t allow the Serb to push him around the court. A pair of high-quality volley winners allowed Djokovic to save break points in the second game of the third set, but there was no stopping Stan in the set’s sixth game. Stunning winners down the line off both the forehand and backhand wings set up 3 break points, and a poor drop shot from Djokovic gave Wawrinka the simplest of forehands to claim the break.

Wawrinka was forced to survive a break point on his own serve in the seventh game of the set, but was flawless in serving out the set, a love hold in the ninth game giving him the set, 6-3, after 42 minutes and a 2 sets to 1 advantage.

To absolutely nobody’s surprise, Djokovic came out firing in the fourth set, capitalising on a sloppy service game from Wawrinka to take a 3-0 lead. But the eighth seed remained calm, outlasting Djokovic in a monstrous 32 point rally to get the break back. The Parisian crowd, desperate for a fifth set, roared when Djokovic saved a pair of break points in the seventh game, a brilliant lunge volley on the second break point being one of the shots of the match.

Up 4-3 on serve, Djokovic was looking good to take the match to a deciding set, but the next 2 games were to prove pivotal. Down 0-40 in the eighth game, Wawrinka hung tough to hold serve, as Djokovic made some uncharacteristic mistakes. The next game it was Djokovic’s turn to face break point and, whilst he saved one with an audacious serve-and-volley, a backhand winner on the second break point gave Wawrinka a chance to serve for the championship.

With Djokovic so good in the big moments, the crowd remained on the edge of their seats as Wawrinka attempted to finish off the toughest task in tennis. Djokovic saved one match point before earning a break point, but he was unable to convert and, on his second match point, Wawrinka fittingly executed another brilliant backhand down the line winner to claim the championship.

For Wawrinka, it was a moment to cherish. The Swiss star simply blasted Djokovic off the court and proved that he is no “one-Slam wonder”, adding the French Open crown to last year’s Australian Open title. And, whilst last year’s finals win in Melbourne Park came against an ailing Rafael Nadal, the final in Paris was against a red-hot Djokovic and showed that Wawrinka is most definitely the real deal. With Nadal having his worst season in many years, Federer in the twilight of his career, and with Wawrinka now having as many majors to his name as Andy Murray, perhaps it is time to rethink the notion of the “Big Four” in men’s tennis.

For Djokovic, it’s a loss that is sure to rankle the world number one for many months and years to come. However, after such a stellar start to the year, it was always going to be hard for the Serb to maintain such a high level of tennis throughout the rest of the season. That said, having beaten his nemesis Nadal in the quarter-finals and then outlasted Andy Murray in the semi-finals, Djokovic will most definitely rue this loss. Whilst Wawrinka played exceptionally well, the Serb was definitely sub-par, not being at his most consistent from the baseline and lacking Wawrinka’s spark. To be fair though, Djokovic’s poor form was mainly to do with Wawrinka and his ballistic groundstrokes. In any event, one can be sure that Djokovic will be back at Roland Garros next year more hungry than ever to complete the career Grand Slam.

That’s it for this year’s French Open. I hope you have enjoyed the coverage. Enjoy the transition to the grass-courts and I’ll be back in a few weeks to cover Wimbledon. In the meantime, you can follow all of the action on Twitter: @satelliteserve.