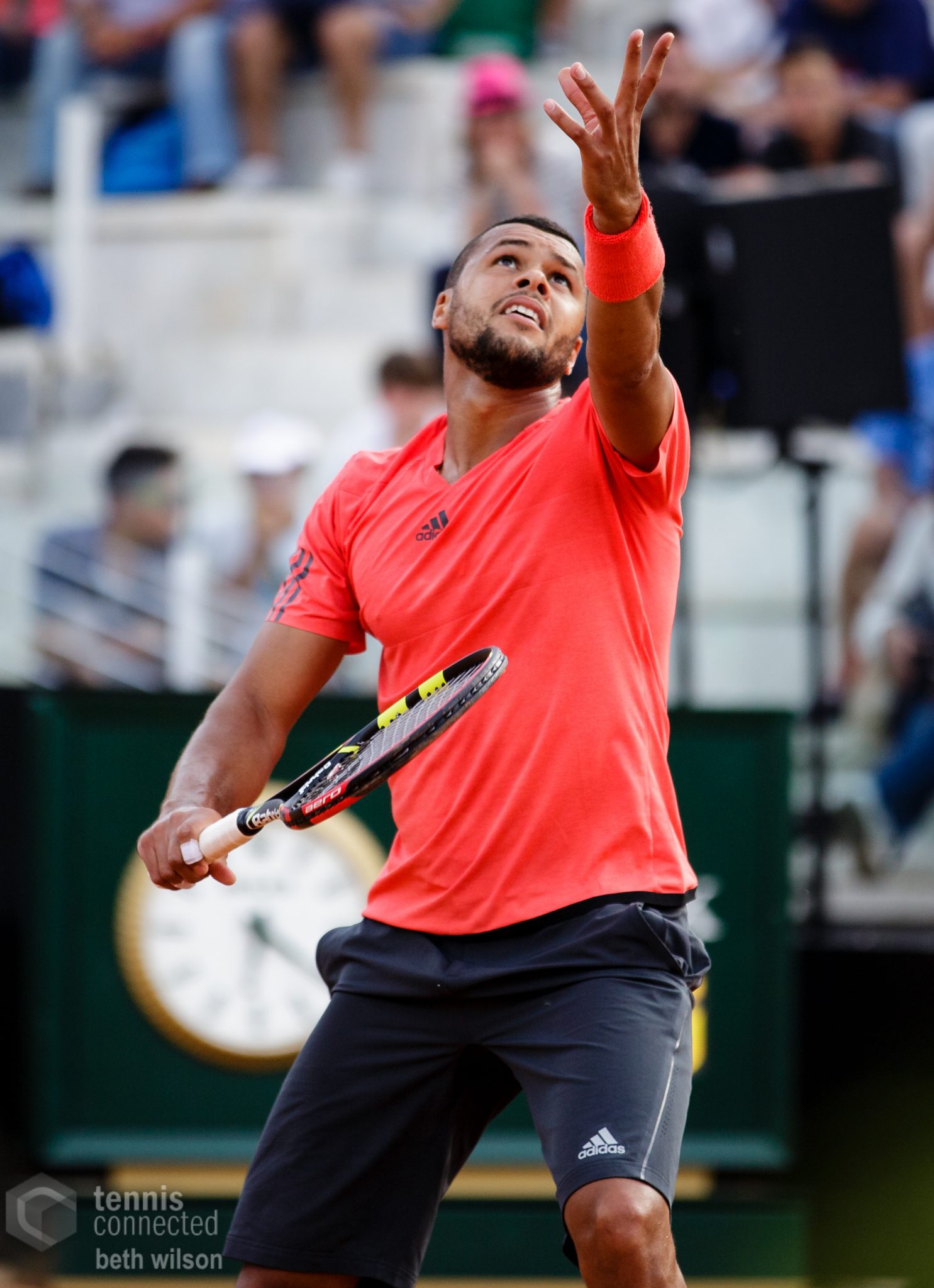 Serena Williams and Lucie Safarova will contest Saturday’s French Open women’s singles final after winning their respective semi-finals on Day 12. Today is the men’s semi-finals day, with Jo-Wilfried Tsonga up against Stan Wawrinka and Andy Murray taking on Novak Djokovic. Read on for my tips on the matches.

The first of the women’s semi-finals on a warm day in Paris saw former champion Ana Ivanovic take on Lucie Safarova. The Serb got off to a blistering start, breaking the Czech to take a 3-0 lead and having break point opportunities to establish a 5-1 lead. Safarova slowly found her range from the back of the court and, as she mounted a comeback, Ivanovic began to wilt in the heat.

With her serve starting to break down, a pair of double faults from Ivanovic in the eleventh game allowed Safarova a chance to serve for the set. The Czech promptly served it out, capping a run of 5 games for Safarova. The second set was a similarly tight affair and, whilst Safarova was unable to serve out the match at 5-4, she made no mistake the second time around, securing a 7-5 7-5 victory to reach her first ever Grand Slam final.

The second semi-final saw top seed Serena Williams take on Swiss twenty-third seed Timea Bacsinszky. Rumours had been circling that Williams was unwell, and it definitely appeared that way, as the American called for ice packs and slumped around the court. Bacsinszky took full advantage, claiming the first set and going up a break in the second set before Williams, as she has so often done in the past, managed to mount a miraculous comeback. The 19-time major winner reeled off the final 10 games of the match to complete a 4-6 6-3 6-0 and give herself a chance to capturing a twentieth Grand Slam title.

This should be a very close encounter between Swiss star Wawrinka and local hope Jo-Wilfried Tsonga. The Frenchman made the semi-finals in Paris a couple of years ago, defeating Roger Federer in the quarter-finals before capitulating against the human equivalent of a brick wall, David Ferrer. This year Tsonga has put aside an inconsistent start to 2015 to record a breathtaking run to the final 4, outlasting fifth seed Kei Nishikori in 5 sets in the quarter-finals.

To my mind, the key factor in this match is how well Tsonga recovers from the draining clash against Nishikori. The contest would have taken a lot out of Tsonga, both physically and mentally, especially since he has not played a great deal of tennis this year. Tsonga’s undoubted talents and raw power mean that he can beat anyone on his day, but a lack of consistency has dogged him throughout his career.

Wawrinka played exceptionally well to defeat Federer in straight sets in the quarter-finals, outhitting his countryman from the back of the court and simply not giving Federer any real chances to break serve. If Wawrinka serves as well today as he did against Federer, and stays calm in the big moments, then I favour him to get the win today. But, as we saw against Nishikori, one never knows quite what to expect from Tsonga, and the crowd is guaranteed to be on his side today.

Both of the previous matches between this pair in Paris went to 5 sets, with each player claiming a win. I think today’s match will again go the distance, and I’ll take Wawrinka down the stretch. Wawrinka in 5.

Having overcome the king of clay, Rafael Nadal, in straight sets in the quarter-finals, top seed Novak Djokovic will be full of confidence entering into this semi-final against Murray. But Murray has plenty of confidence of his own, having won a pair of clay-court titles this season. The Scot is on a 15 match winning streak on clay, whilst Djokovic is on a 27 match winning streak spanning multiple hard-court and clay-court events.

For Djokovic, there is a risk of a comedown after the huge hype surrounding his clash with Nadal, but I feel that the Serb is firmly focused on completing the career Grand Slam and won’t be taking Murray lightly. After losing to Murray in the Wimbledon final in 2013, the Serb has had the edge over the Scot, winning all 7 of their subsequent encounters (including the Australian Open final at Melbourne Park earlier this year).

I think this will be another close clash between the pair, and I expect Murray to compete strongly, but Djokovic has shown, in recent clashes between the two players, a better ability to remain focused and to produce his best tennis at the crucial moments.

Murray needs to be aggressive if he is to win, but there’s a very fine line between considered aggression and outright carelessness. I simply don’t think Murray will be able to maintain the level of tennis required to beat the top seed for long enough today. Djokovic in 4.