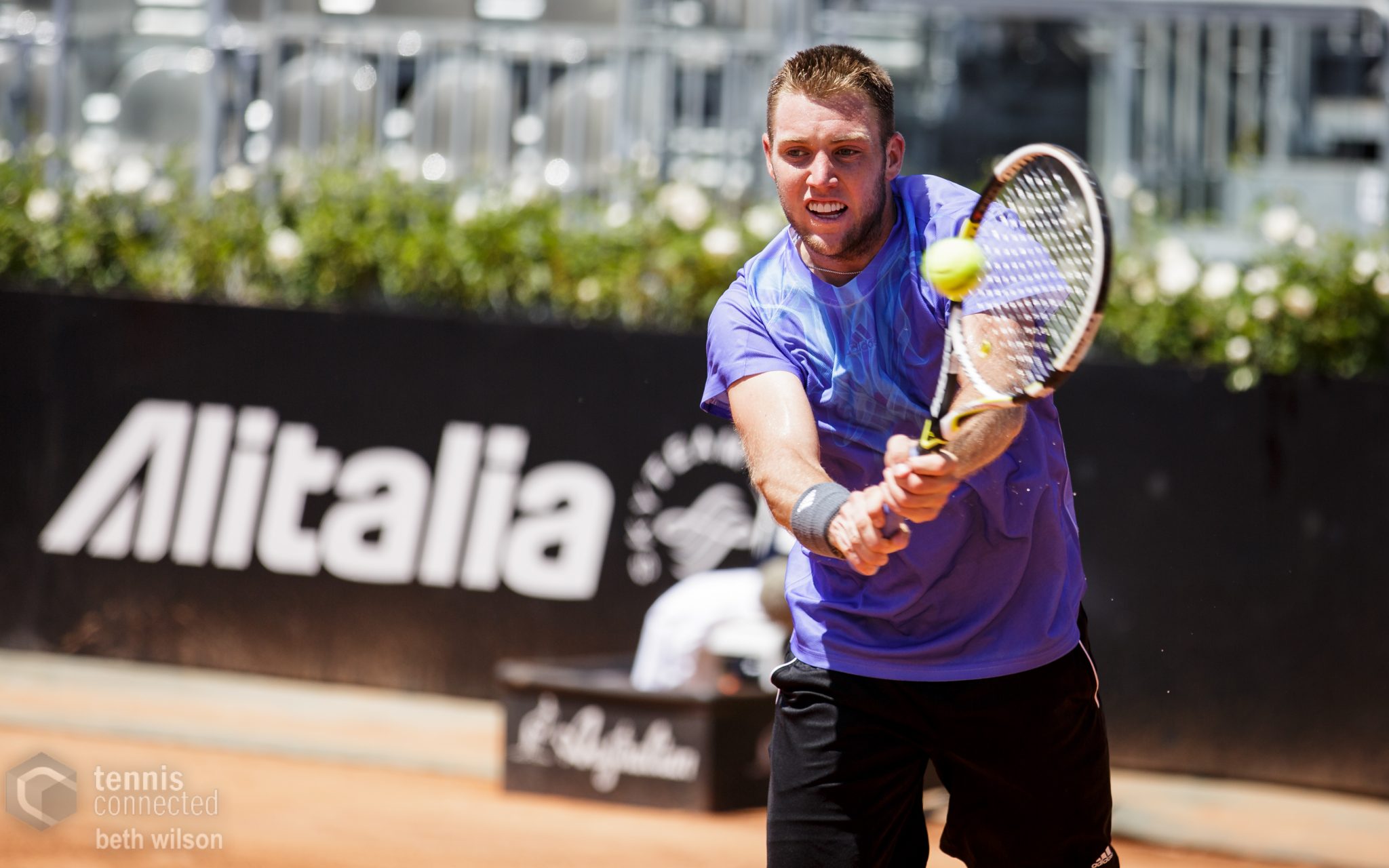 A rain delay frustrated tennis fans on Day 8 in Paris, but the showers were unable to prevent Kei Nishikori from becoming the first Japanese man in 82 years to make the quarter-finals at Roland Garros.

Nishikori again underlined his credentials for the title, cruising past Teymuraz Gabashvili without losing a set. Dark horse Nishikori will face Jo-Wilfried Tsonga for a place in the semi-finals, after the flashy Frenchman turned in an exemplary performance to defeat fourth seed Tomas Berdych in 4 sets. There was a momentary lapse from Tsonga as he failed to serve out the match at 5-4 in the third set, but he recovered in the fourth set to collect an impressive victory.

Swiss eighth seed Stan Wawrinka eased past twelfth seed Gilles Simon in an easier than predicted match, collecting a straight sets win over the Frenchman. Wawrinka will face the winner of the Federer-Monfils fourth round clash, which was halted at a set apiece due to bad light.

In the women’s tournament, former champion Ana Ivanovic returned to the quarter-finals for the first time since her win in Paris in 2008, outlasting Russian Ekaterina Makarova in 3 sets. Ivanovic will face young Ukrainian Elina Svitolina for a place in the final four after the nineteenth seed beat Frenchwoman Alize Cornet.

Having survived a brutal encounter with former world number one Victoria Azarenka in the third round, current world number one Serena Williams will be in no mood for another long battle today. Stephens upset the top seed in a spiteful match at the 2013 Australian Open and you can be sure that Williams hasn’t forgotten that match.

Williams has won all 3 of the pair’s matches since that battle at Melbourne Park, including a clash on clay in Madrid earlier this year, where she allowed Stephens just 4 games for the entire match. Stephens has played well this tournament, but I think Williams will step it up a gear after the scare from Azarenka. Williams in 2.

Italian veteran Flavia Pennetta scored a fine win over Spanish clay-court specialist Carla Suarez Navarro in the third round, a win all the more notable given the Spaniard’s terrific form so far in 2015. Pennetta faces another tough ask today in the form of another Spanish clay-court expert, Garbine Muguruza.

Twenty-first seed Muguruza has won both of the pair’s previous matches, which were played on hard-courts, and I think the Spaniard’s game is better suited to the red dirt. A quarter-finalist in Paris last year, I think Muguruza may go even further this time around. Muguruza in 3.

Top seed Novak Djokovic has barely raised a sweat in advancing to the round of 16, but the world number one faces a legitimate challenge today against French seed Richard Gasquet. Whilst Gasquet has beaten Djokovic only once in 12 matches (and that was way back in 2007), the Frenchman will have the crowd behind him and Gasquet could trouble the Serb if he gets his swashbuckling one-handed backhand going.

Djokovic’s focus, rather understandably, will be on the blockbuster quarter-final that he is scheduled to play against Rafael Nadal, but the top seed needs to get through this match first. Look for Gasquet to put up plenty of early resistance before gradually fading. Djokovic in 3.

I don’t think I have ever seen Andy Murray look so confident or play so well on the red dirt. The Scot has won a couple of titles on the surface so far this year and handled the enigmatic Nick Kyrgios, who doesn’t provide a lot of rhythm for his opponents, with great aplomb in the third round.

Chardy upset Belgian seed David Goffin to make it through to the round of 16 and has exceeded expectations by advancing to the second week of the tournament. Chardy’s big forehand has seen him score some quality scalps during his career, including a win over Murray in 2012, but the Scot has won all 6 of the pair’s other clashes. Murray in 4.

This is the first time young American Sock has made it through to the fourth round of a major, and what a challenge awaits him: arguably the toughest test in tennis, a showdown with the king of clay, Rafael Nadal, at Roland Garros. Nadal may only be seeded sixth at this year’s tournament, but the nine-time French Open winner has proved himself to be near-invincible in Paris during the last decade.

Sock has had a terrific run in Paris this year, beating Bulgarian seed Grigor Dimitrov and young gun Borna Coric en route to the fourth round, but I just can’t see Sock having the stamina or the weapons to trouble Nadal in this one. Nadal in 3.