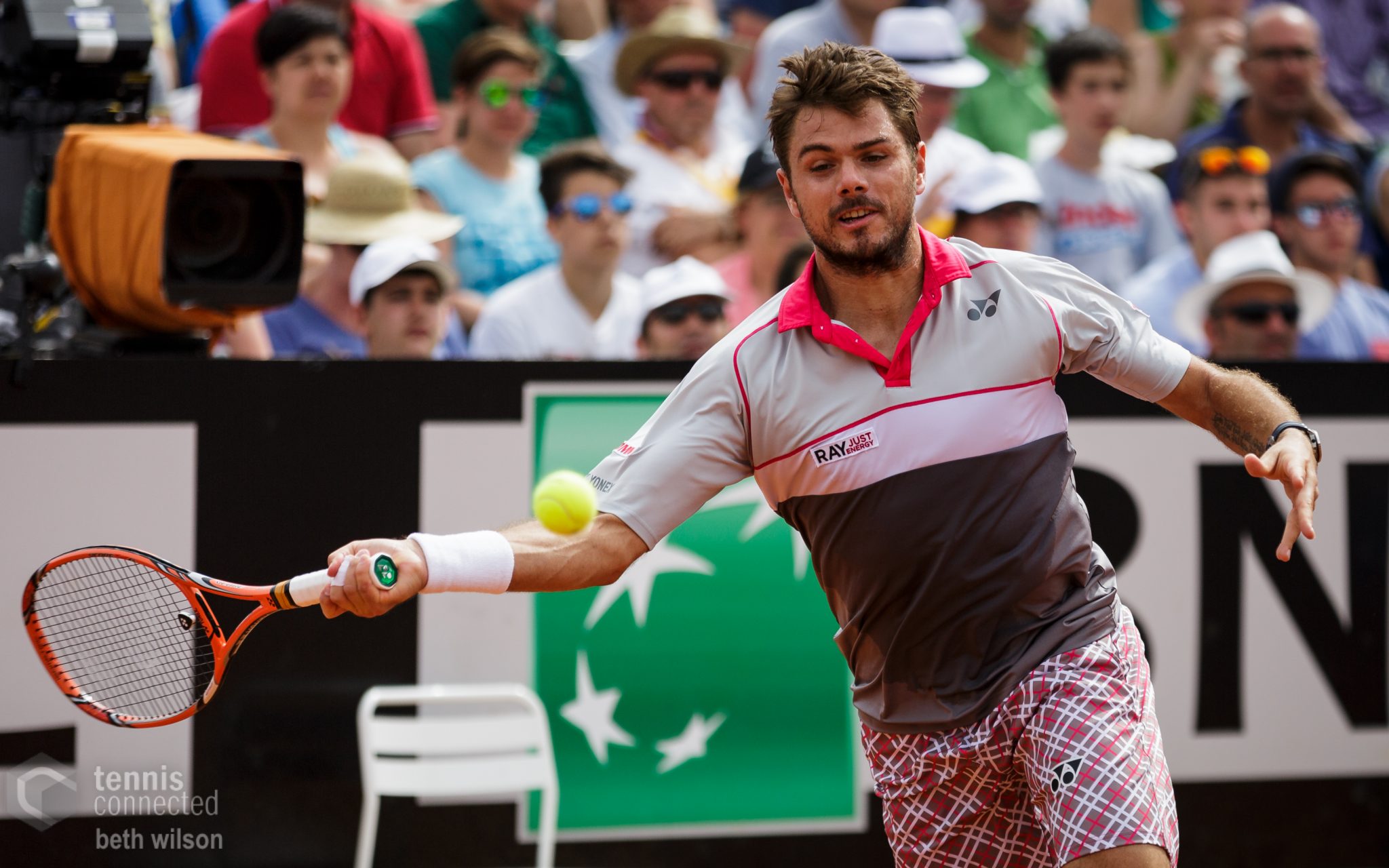 Top seed Serena Williams survived an almighty scare from Victoria Azarenka on Day 7, coming from a set and a break down to outlast the Belarusian in 3 sets.

After a comeback victory over Azarenka in Madrid a few weeks ago, Williams did the same thing at Roland Garros, upping her game midway through the second set before running away with the match in the decider. With the win, Williams becomes the first woman in the Open era to record 50 wins at each of the 4 majors.

Among the other women in action on Day 7, Sloane Stephens beat the Bulgarian Pironkova to reach the fourth round in Paris for a fourth consecutive year. She will now face Williams for a place in the quarter-finals. Petra Kvitova continued her good form of late, accounting for Begu, whilst former finalist Sara Errani also progressed.

Young American Madison Keys was frustrated by the game of Switzerland’s Timea Bacsinszky, recording 32 unforced errors in a straight sets loss. There was similarly bad news for former champion Francesca Schiavone, who went down to unheralded Romanian Andreea Mitu, but Julia Goerges was among those to progress to the round of 16.

Day 7 on the men’s side saw young Aussies Kyrgios and Kokkinakis test their luck against Murray and Djokovic respectively. Kyrgios was hampered by an elbow injury, which slowed his serve, but was in any event outclassed by Murray, going down in straight sets. Kokkinakis similarly failed to win a set against top seed Djokovic but showed plenty of heart on Centre Court and will learn much from the experience against the world’s best.

In other men’s matches on Day 7, David Ferrer outlasted Simone Bollelli, Jeremy Chardy upset David Goffin, Richard Gasquet defeated Kevin Anderson and reigning champion Marin Cilic continued his good form, steamrolling past Leonardo Mayer. Jack Sock is through to the fourth round of a major for the first time, ending the run of teenager Borna Coric, whilst defending champion Rafael Nadal was too good for the Russian Kuznetsov, posting a comfortable straight sets win.

Local hero Jo-Wilfried Tsonga made the semi-finals in Paris in 2013, upsetting Roger Federer en route to the final 4. The Frenchman has been in fine form at Roland Garros so far in 2015, not dropping a set on his way to the round of 16. However, it’s been a patchy year overall for Tsonga, whereas Berdych has been ultra-consistent to date in 2015.

The Czech has a good record against Tsonga, having collected wins in 7 of their 9 career meetings, including a straight sets victory on clay in Madrid a few weeks ago. The crowd will be behind Tsonga, but I think Berdych is in better form at present. Berdych in 4.

This has to be the match of the day, with the flamboyant Frenchman Gael Monfils taking out Swiss superstar and former champion Roger Federer. The second seed had his way early on with Monfils, beating the Frenchman in their first 5 encounters. But since then, Monfils has been something of a bogeyman for Federer, beating the Swiss in 4 of their last 7 matches, including in their last couple of matches (both on clay), in Monte Carlo earlier this year and in the Davis Cup final late last year.

Monfils will be fired up for this match, and knows he has the game to trouble Federer. That said, Monfils is sure to feel the effects of his draining 5 set win over Cuevas in round 3, and Federer has beaten the Frenchman in all 3 of their previous meetings at Roland Garros. For these reasons, I’ll back Federer to squeeze through in a tight 4-setter. Federer in 4.

This should be a closely fought contest between the eighth and twelfth seeds in the men’s tournament. 2014 Australian Open winner Wawrinka has had his share of on-court and off-court issues in 2015, but the former world number 3 has looked convincing on court in Paris so far.

Simon’s counterpunching game is well-suited to Roland Garros, and he will look to wear down his opponent today with his steady play and exceptional anticipation skills. This match is on Wawrinka’s racquet, but matches between the pair are usually close. Wawrinka leads 3-2 in career meetings, but Simon did snatch the last one, a 3 set tussle in Shanghai last year. Assuming he gets his beautiful backhand going, I’ll bank on the Swiss to get by Simon. Wawrinka in 5.

Despite battling a head cold, defending champion Maria Sharapova has done enough in each of her matches to date in Paris to stay alive. The Russian overcame a potentially dangerous Sam Stosur in round 3, and will no doubt be looking to reach full health and top form as the tournament moves into its second week.

Safarova is a genuine threat on all surfaces, advancing to the semi-finals at the All England Club last year before succumbing to the brilliance of compatriot Petra Kvitova. The Czech shotmaker will come out swinging today, but I think Sharapova will hold strong on the big points and wear down her opponent in this one. Sharapova in 3.

Former champion Ana Ivanovic is back in the round of 16 in Paris, the Serb taking just 53 minutes to dismantle the game of teenager Donna Vekic in the third round. After a couple of tough matches in the first two rounds, Ivanovic has a golden opportunity to make the semi-finals at Roland Garros for the first time since winning the title in 2008, but Makarova is no pushover.

The Russian is a Grand Slam champion in doubles and mixed doubles and in singles made the US Open semi-finals last year and the Australian Open semi-finals earlier this year. The Russian is a good mover and has nice, compact swings off both sides. Ivanovic is the better shotmaker of the pair, but if she has an off day then expect Makarova to take full advantage. Ivanovic in 3.