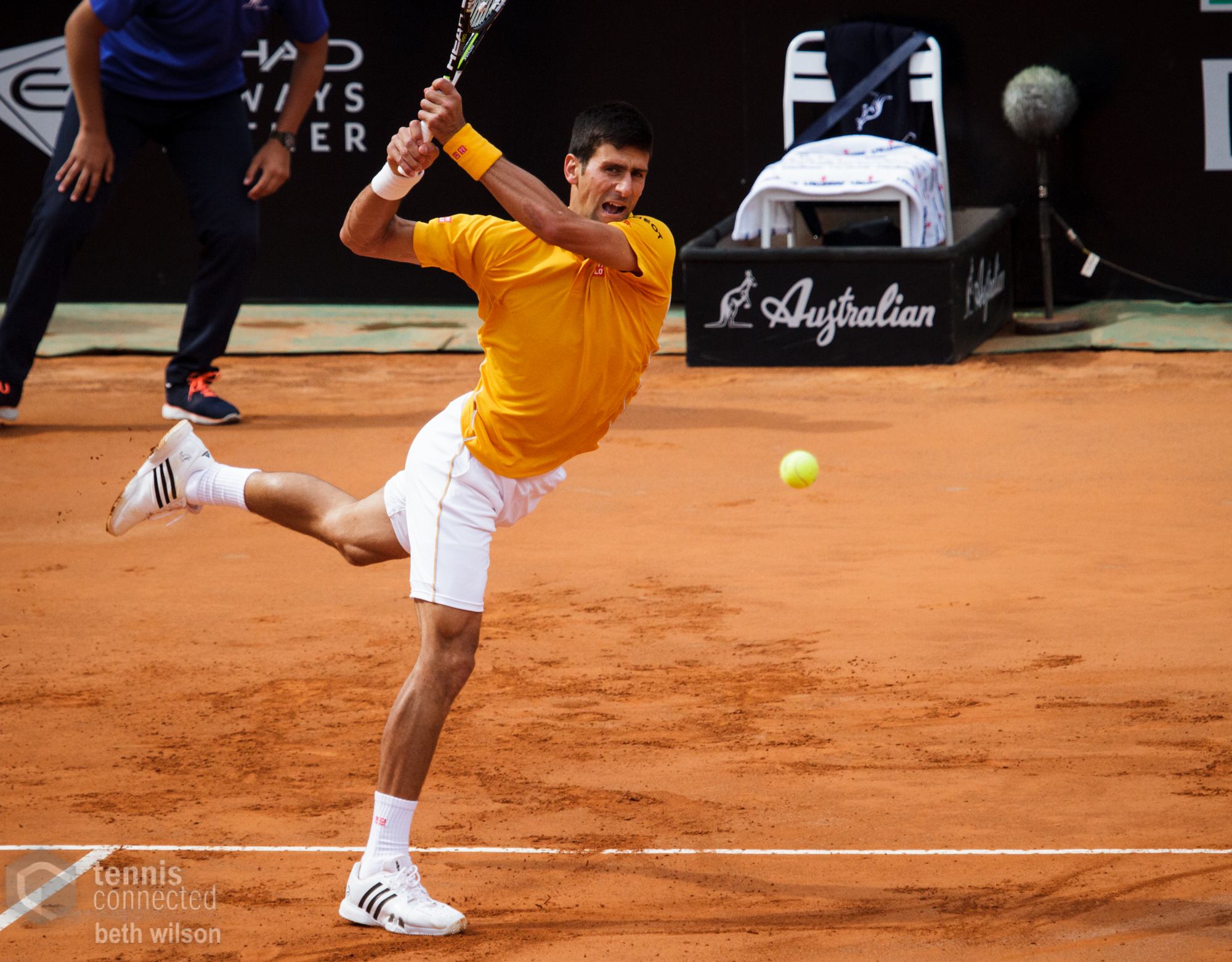 Day 7 at Roland Garros features a mouth-watering line-up, with a number of clashes highlighting the talents of rising stars on the ATP Tour and a blockbuster match-up between WTA Tour titans Serena Williams and Victoria Azarenka. Read on for my predictions for today’s biggest matches.

Swiss stars Roger Federer and Stan Wawrinka continued their good form in Paris this year, both advancing to the fourth round with straight sets victories. Federer beat young Bosnian and former childhood actor Damir Dzumhur, whilst Wawrinka accounted for American Steve Johnson. Fourth seed Tomas Berdych overcame a parochial crowd and the unpredictable Benoit Paire, but there was better news for French fans in other matches, as Gael Monfils roared back to beat the Uruguayan Cuevas in 5 sets and Richard Gasquet and Jo-Wilfried Tsonga also advanced.

Having come from two sets to love down to beat his higher-ranked countryman Bernard Tomic in the second round, saving multiple match points in the process, Aussie teenager Thanasi Kokkinakis now faces a huge challenge in the form of world number one and top seed Novak Djokovic. The teenager has done brilliantly well to make it through to the round of 32, and showed plenty of heart to come back against Tomic.

Djokovic, in contrast to Kokkinakis, has cruised through to round 3 and, although he seemed a little bothered by a groin strain in his round 2 win over Gilles Muller, I think Djokovic will be too strong physically for the Aussie and will handle the spotlight far better. Djokovic in 3.

This is clash number 19 between these two superstars, with the American having won all but three of the previous 18 matches and all of their previous meetings on clay. That said, Azarenka should have beaten Williams in Madrid a few weeks ago (where the Belarusian squandered 3 match points before going down in a third set tiebreaker), and Williams looked rusty in her second round win over  the unheralded German Anna-Lena Friedsam.

Azarenka probably has as good a chance as ever of beating Williams, given that clay is not the American’s preferred surface and that she is not in her best form right now. That said, Azarenka is similarly not at her best on clay and has had trouble closing out tight matches this year (as the match against Williams in Madrid indicates). This will be close but I’ll back the top seed. Williams in 3.

Nick Kyrgios has beaten Rafael Nadal in a Grand Slam before, and upset Roger Federer on clay earlier this year, so who’s to say that the plucky Aussie can’t notch another scalp in the form of Andy Murray today? Kyrgios benefitted from a round 2 walkover, and the extra day of rest will definitely be a boost for the youngster, whose fitness is still not at the elite level.

Murray has been in tremendous form on clay this season and, whilst Kyrgios has shown a tendency to produce his best tennis on the biggest stages and in the biggest moments, I think Murray will be too solid and too strong today. Murray beat Kyrgios in straight sets in Melbourne earlier this year and, whilst I think Kyrgios can snatch a set today, that’s likely to be as close as he gets to Murray. Murray in 4.

Borna Coric has definitely exceeded expectations (including my own) in advancing from a difficult section of the draw to make the round of 32. His second round win over Spanish veteran Tommy Robredo was particularly encouraging, and indicated the young Croat’s fighting qualities. Now coached by former Australian Open champion Thomas Johansson, Coric will feel that this is a very winnable match.

Like Coric, Sock is a rising star and enjoyed a fine win over Bulgarian seed Grigor Dimitrov in the opening round. This also represents a fantastic opportunity for the American to progress to the round of the 16 at a major for the first time. Having doubted Coric’s chances in his last two matches, this time I’ll back the Croatian teenager to come up with the goods. Coric in 4.

Tenth seed Andrea Petkovic achieved her best-ever result at a Grand Slam in Paris last year, making it through to the semi-finals, beating Errani before going down to Simona Halep. After a sluggish start to 2015, Petkovic won a title in Antwerp and made the semi-finals in Miami to move back inside the world’s top 10.

Errani, a former finalist in Paris, is the opposite type of player to Petkovic, a nagging retriever and counterpuncher who scurries around the court and chases down everything, making few mistakes and capitalising on errors made by her opponent. Accordingly, this match is on Petkovic’s racquet, as the more powerful and aggressive player. If she executes well, the German should win. Petkovic in 2.

Put your house on: David Ferrer. The former finalist will have too much stamina for Italian veteran Simone Bollelli today.

Upset alert: Argentine Leonardo Mayer could spring a surprise against ninth seed and reigning US Open champion Marin Cilic in their third round clash today.

Likely to go the distance: I sense that the clash between German firebrand Julia Goerges and American Irina Falconi will go the distance today. I’ll take Goerges to come out on top in the decider.