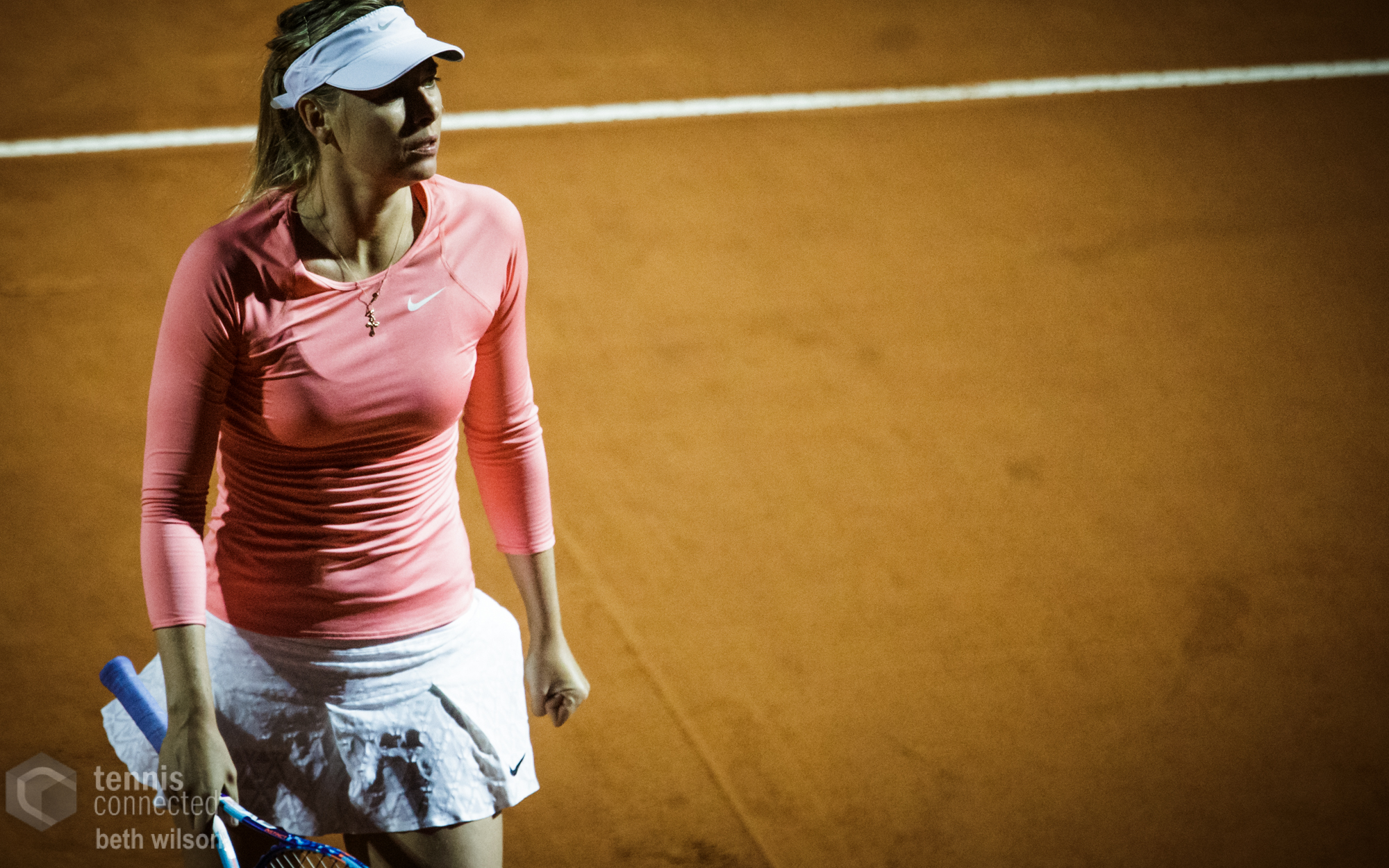 Day 5 of this year’s French Open saw fifth seed Caroline Wozniacki bow out of the tournament, the Dane going down to her clay-court nemesis, Julia Goerges.

After racing out to a 3-1 lead in the first set, Wozniacki was helpless as the German Goerges got her power game going, taking the first set 6-4 and then holding her nerve in a second set tiebreaker to record her third consecutive win on clay over the Dane. Meanwhile, top seed Serena Williams and fourth seed Petra Kvitova progressed after grinding out hard-fought 3 set wins.

Other winners in the women’s tournament on Day 5 included young gun Madison Keys, former finalist Sara Errani and two-time Australian Open winner Victoria Azarenka, who will now play Williams in a blockbuster third round clash. And, in the match of the day, 2010 champion Francesca Schiavone wound back the clock, saving match point to defeat two-time major winner Svetlana Kuznetsova in an epic lasting no less than 3 hours and 50 minutes.

Tommy Robredo and Bernard Tomic were other seeds to depart on Day 5, the Spaniard going down to rising star Borna Coric in 5 sets and Tomic squandering a 2 sets to love lead and 3 match points against countryman Thanasi Kokkinakis before going down to the teenager 8-6 in the decider. Fellow Aussie Nick Kyrgios enjoyed an easier passage into the third round, benefitting from a walkover after young Brit Kyle Edmund withdrew from their clash with an abdominal injury.

Eleventh seed Angelique Kerber has been one of the surprises of the clay-court season, with the German picking up a couple of titles on the surface this year, in Charleston and Stuttgart. The hard-hitting leftie is a fantastic ball-striker, although she hasn’t always been the best mover around the court.

Muguruza whipped Serena Williams in Paris last year en route to the quarter-finals and I really like the Spaniard’s power game. Despite Kerber’s success on clay this season and her higher ranking, I’ll back the Spaniard to overwhelm her opponent today and march through to the round of 16. Muguruza in 3.

Fourth seed Tomas Berdych overcame a tricky and no doubt emotionally draining clash with close friend and Davis Cup teammate Radek Stepanek in round 2, but the Czech star now faces another tough encounter in round 3.

Paire is your typical enigmatic Frenchman, capable of brilliant tennis on his day (as he showed in his second round match, where he dismissed Italian seed and clay-court specialist Fabio Fognini in straight sets) but just as capable of throwing in appalling performances full of low-percentage shots and head-scratching strategies. You never know what to expect from Paire, whereas Berdych has been a model of consistency this season. On this basis, I’ll back the fourth seed to prevail. Berdych in 4.

Former French Open finalist Sam Stosur has a fairly miserable career record against second seed Maria Sharapova, having won just two of their 16 encounters, but the Aussie does perform particularly well in Paris. Unfortunately for Stosur, so does Sharapova, who is a two-time winner at Roland Garros.

These two met in Paris last year, with the Russian pulling away in the final set to record a 3 set victory. Stosur’s heavy kicking serve and big forehand make her a threat on the red dirt, but Sharapova is in better form at present and I think it will be a similar scoreline to last year’s match in Paris. Sharapova in 3.

Italian Flavia Pennetta is a very good all-court player who has achieved impressive results on all surfaces and in both singles and doubles. The twenty-eighth seed is a former US Open semi-finalist and has twice made the round of 16 in Paris.

On another surface, I would give Pennetta a good chance of upsetting the Spaniard, but on clay the heavy topspin that Suarez Navarro imparts on her groundstrokes makes her very difficult to handle from the back of the court, in the same way that the groundstrokes of her illustrious compatriot Rafael Nadal have made him a clay-court giant. I simply can’t see Pennetta being able to match the Spaniard in the long rallies today. Suarez Navarro in 2.

Former champion Ana Ivanovic has been given a particularly tough draw at Roland Garros this year, with the Serb forced to battle past former quarter-finalist Yaroslava Shvedova in the opening round and now being pitted against rising star Donna Vekic.

Teenage Vekic, who captured her first WTA title in Malaysia last year, has largely struggled in 2015 but recorded a fine win over Caroline Garcia in round 2 and will have nothing to lose in this one. I think Ivanovic will be too strong today, but Vekic is definitely a name to remember for the future.

Put your house on: Roger Federer. The second seed should have too much class and experience for up-and-coming Bosnian Damir Dzumhur.

Upset alert: Fresh from knocking out Ernests Gulbis, Frenchman Nicolas Mahut is capable of an upset against his seeded compatriot Gilles Simon today.

Likely to go the distance: I think local heroes Jo-Wilfried Tsonga and Gael Monfils will be extended to fifth sets by clay-court specialists Andujar and Cuevas in their respective matches today.