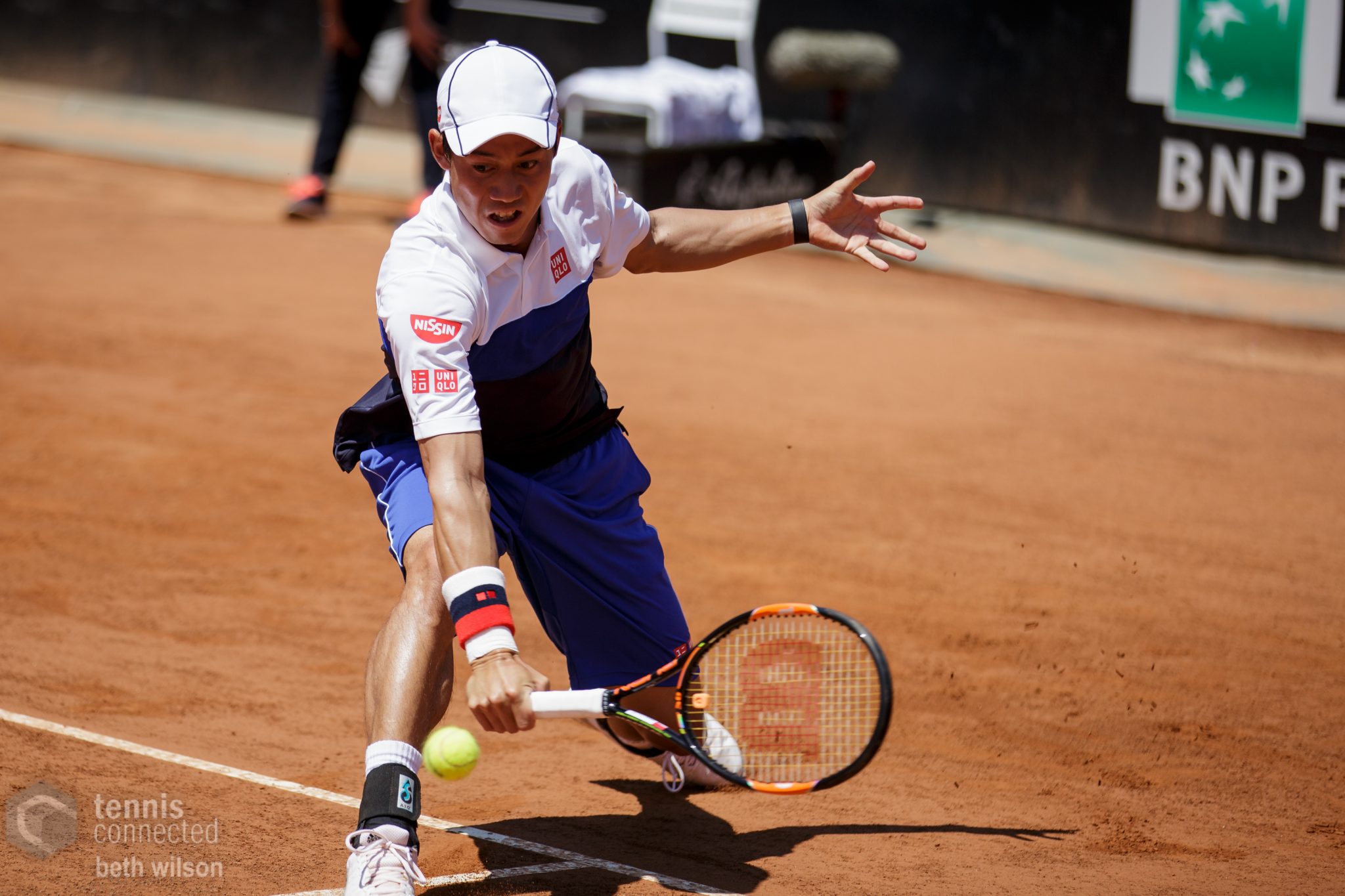 Superstars Novak Djokovic and Rafael Nadal made their 2015 debuts at Roland Garros on Day 3, with each man claiming a straight sets win in round 1.

Aside from a momentary wobble in the second set, Djokovic was largely untroubled by Finnish veteran Jarkko Nieminen, whilst Nadal cruised to victory against the young Frenchman Quentin Halys. The nine-time champion faces a tougher challenge in round 2, where he will lock horns with fellow Spaniard Nicolas Almagro. In what was a successful day for Spain, former finalist David Ferrer also progressed, notching career win number 300 on the red dirt.

Defending US Open champion Marin Cilic, whose 2015 season has been riddled with injury, got off to a good start, accounting for Robin Haase, and was joined in the second round by fellow seeds Isner and Anderson. For local fans, there was plenty to cheer about as well, as Jeremy Chardy and Richard Gasquet moved through to the round of 64.

On the women’s side, sixth seed Eugenie Bouchard continued her slump, bowing out in straight sets to France’s Kristina Mladenovic. There was no such trouble for top seed Serena Williams, who progressed in straight sets, as did Caroline Wozniacki.  Among the other winners on Day 3 were former champions Svetlana Kuznetsova and Francesca Schiavone, German Andrea Petkovic and young American Madison Keys. Petra Kvitova survived a long 3-setter against the Kiwi Erakovic, but former world number one Jelena Jankovic joined Bouchard in exiting the tournament.

This should be a particularly good match-up between two in-form players. As noted earlier in the week, fifth seed Nishikori is one of the dark horses for the title, whilst the left-handed Bellucci has rebounded from a disappointing, injury-plagued couple of years to put together a fine start to 2015. The Brazilian’s return to form was capped off with a title in Geneva last week, and he is most definitely most comfortable when competing on the red dirt.

Nishikori has already collected a couple of titles to start 2015, including a defence of his Barcelona crown last month. Bellucci has plenty of confidence after his win in Geneva, and has nothing to lose in this encounter, but Nishikori is the better mover and the superior ball-striker of the pair. Nishikori in 4.

Just as Nishikori is a dark horse in the men’s tournament, Suarez Navarro is a dark horse on the women’s side. The clay-court specialist has recently become just the third Spanish woman to break into the world’s top 10, courtesy of a very consistent start to 2015 which has seen her make finals in Rome and Miami.

French veteran Razzano is playing in her seventeenth French Open and has had some success in the tournament previously, most notably in 2012, when she upset world number one Serena Williams in the opening round. Razzano will have the crowd’s support today, but I think Suarez Navarro will ride her majestic one-handed backhand to victory in this one. Suarez Navarro in 2.

Federer’s quest for a second French Open crown continues today against a Spanish clay-court specialist in the form of Marcel Granollers. The Spaniard has been ranked inside the world’s top 20, but now sits outside the world’s top 50 courtesy of a mediocre 9-12 win-loss record in 2015.

Granollers is steady and patient from the baseline, but he doesn’t have the firepower to cause Federer any particular problems. Look for the Swiss star to get off to a fast start and maintain the ascendency from there. Federer in 3.

As has been well-documented, Lucic-Baroni has had a tumultuous career to date, making the Wimbledon semi-finals as a teenager in the late 1990s before spending a considerable period of time in the tennis wilderness. Now a veteran, Lucic-Baroni is carving out a respectable career during her second stint on the WTA Tour.

Halep made the final at Roland Garros last year, and will be eager to go one step better this time around. Lucic-Baroni upset the Romanian at Flushing Meadows last year and will be eager to gain revenge for that defeat in Paris today. Lucic-Baroni’s game is better suited to fast courts, whereas Halep’s agility and court movement mean that she is a danger on all surfaces. Halep in 2.

It’s never easy playing a close friend and compatriot, but that is the challenge facing Davis Cup winning team-mates Radek Stepanek and Tomas Berdych today. Veteran Stepanek, now aged 36, become the oldest player since Jimmy Connors back in 1991 to win a match in the Roland Garros main draw, accounting for Ivan Dodig in his opener.

Berdych has been ultra-consistent this year without winning any titles and, whilst Stepanek is a crafty player with bundles of experience, he doesn’t have the power to match the fourth-seeded Berdych. Look for Berdych to dominate the rallies with his big forehand and move through to round 3. Berdych in 4.

Put your house on: Maria Sharapova. The defending champion should be far too good for fellow Russian Vitalia Diatchenko.

Upset alert: Twenty-fourth seed Ernests Gulbis survived round 1, but I suspect he will face a challenge in round 2 in the form of Frenchman Nicolas Mahut.