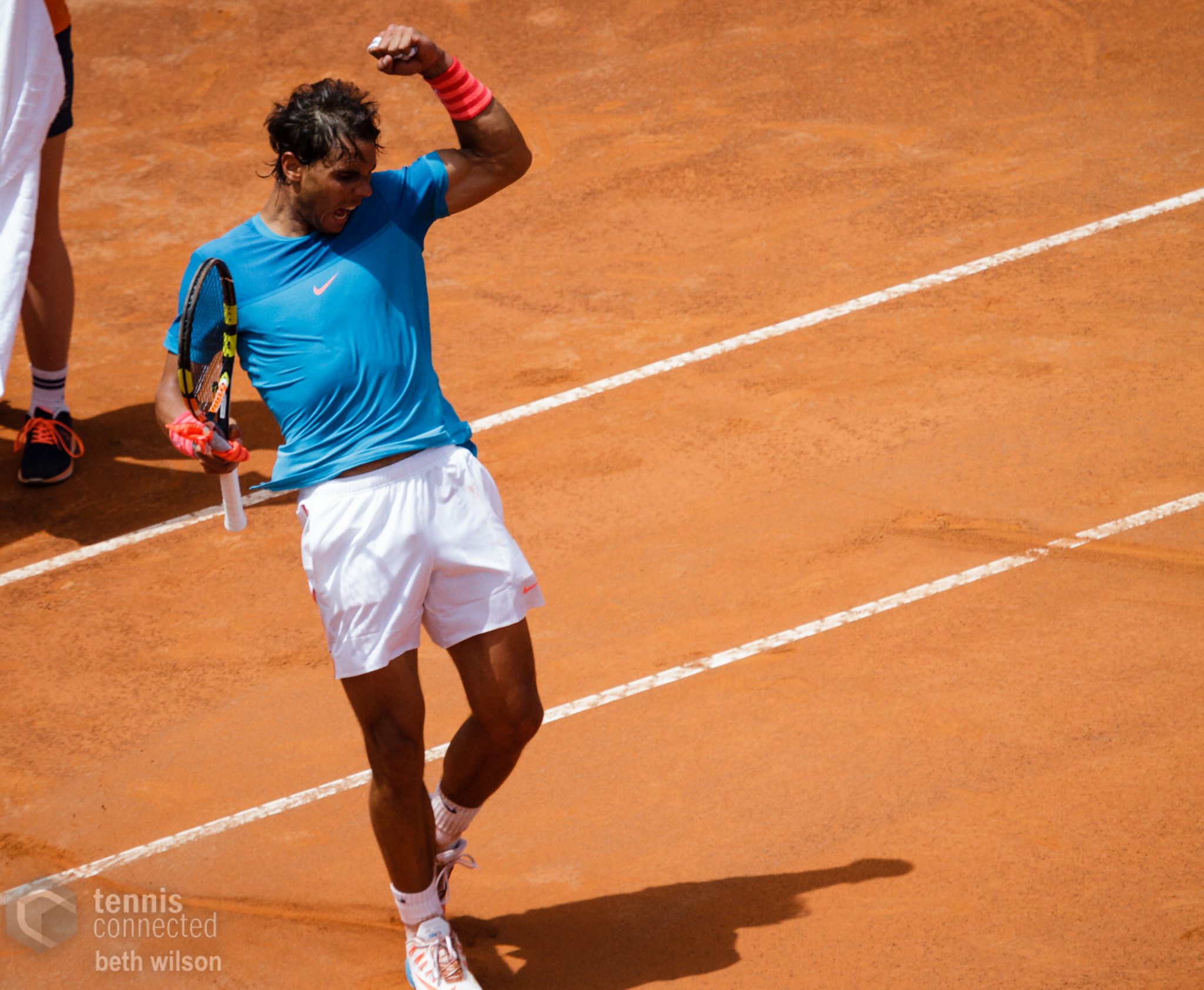 Day 2 of the 2015 French Open saw defending champion and second seed Maria Sharapova book her place in the second round, overcoming a tough opponent and a head cold to secure a straight sets win.

Sharapova’s opening round opponent, Estonian Kaia Kanepi, is a two-time quarter-finalist in Paris, and was expected to push the two-time winner, but the Russian played the big points well en route to a 6-2 6-4 victory. Joining Sharapova in the winners’ circle on Day 2 was two-time Australian Open champion Victoria Azarenka, former Roland Garros finalists Sam Stosur and Sara Errani, and fellow seeds Pliskova, Suarez Navarro and Kerber.

French seed Alize Cornet fought back from a set down to outlast Roberta Vinci in 3 sets, but Agnieszka Radwanska’s miserable 2015 season continued, upset by the unheralded Annika Beck. It was a similar tale for former world number one Venus Williams, who succumbed to the hard-hitting groundstrokes of compatriot Sloane Stephens.

In the men’s tournament, Andy Murray extended his perfect record on clay this season to 11 matches, the Scot cruising to a straight sets win over the Argentine Arguello. Local fans were buoyed by the wins of Simon and Monfils, whilst seeds Berdych and Fognini also advanced in style.

Among the younger generation, there were encouraging wins by the likes of Tomic, Kyrgios, Kokkinakis, Thiem and Coric, but the news was not so good for seeds Lopez and Mannarino, who exited the tournament courtesy of losses to Gabashvili and Melzer respectively.

World number one Novak Djokovic begins his quest to complete a career Grand Slam today with a match-up against Finnish veteran Jarkko Nieminen. The left-handed Finn is currently ranked 86 in the world, but has been ranked as high as 13 (although that ranking high did come way back in 2006).

Nieminen is a solid competitor and won’t make things easy for Djokovic out on court today. But the top seed is in imperious form right now and, aside from his serve, I can’t see the Finn having any weapons to trouble Djokovic with. Look for Nieminen to perform strongly in one set but fall away in the others. Djokovic in 3.

Fourth seed Petra Kvitova performs better on fast surfaces than on slow surfaces such as clay, as her two Wimbledon crowns exemplify, but she did make the semi-finals in Paris in 2012 and captured a title on clay in Madrid a fortnight ago, beating world number one Serena Williams for the first time in the process.

Erakovic is a gutsy, back-of-the-court slugger, who will run down every ball and fight for every point. Unfortunately for the naturalised Kiwi, she doesn’t have Kvitova’s serving prowess, nor does she have the shot-making flair that that the Czech possesses. Kvitova is notoriously erratic, but I’ll back her to win this one convincingly. Kvitova in 2.

Top seed Serena Williams starts her 2015 campaign and quest for a third Roland Garros title against Czech Andrea Hlavackova. The Czech player is better known for her doubles prowess, having been ranked as high as 3 in the world in doubles and still being a top 20 player in the doubles format. Alas, a focus on doubles has resulted in a slip in Hlavackova’s singles ranking, which is down at a lowly 191 in the world.

Sore elbow or not, Serena shouldn’t have too many worries in this one. A quick match is exactly what the doctor is prescribing at this point in time, and I can’t see the American wasting any excess time on court in this clash. Williams in 2.

Former world junior Kristina Mladenovic delighted the French fans at Roland Garros last year, upsetting former French Open champion Li Na in a pulsating 3-setter. Can the world number 54 cause a similar surprise in the first round this year? Her opponent, sixth seed Eugenie Bouchard, has endured something of a sophomore slump after a spectacular 2014 season which saw the Canadian make the Wimbledon final and the semi-finals in Melbourne and Paris.

Bouchard has a woeful 7-9 win-loss record in 2015, a record which is even worse when you consider that the Canadian claimed 4 of those wins in progressing to the quarter-finals of the Australian Open in January. Mladenovic is an aggressive player who is not lacking in confidence, and I think this one will go down to the wire. I’ll back Bouchard to get there, but only by a whisker. Bouchard in 3.

Tenth seed Grigor Dimitrov hasn’t fared particularly well at Roland Garros in years gone by, with a round of 32 appearance in 2013 marking his best effort in four previous campaigns in Paris. Dimitrov has had a decent start to the year, but to date the Bulgarian hasn’t really built on his impressive 2014 season – it’s been more a case of maintaining a similar sort of level.

Sock is a rising star in terms of US tennis and has been enjoying success this year in both singles and doubles. Dimitrov has more experience, both on the red dirt and in terms of majors, but Sock could certainly spring a surprise if the elegant Bulgarian is off his game. Dimitrov in 4.

Put your house on: Rafael Nadal. It’s been far from his best season on clay, but there’s no doubt that Nadal will steamroll past young Frenchman Quentin Halys.

Upset alert: As noted above, Kiki Mladenovic could cause some trouble today in her match against sixth seed Eugenie Bouchard.