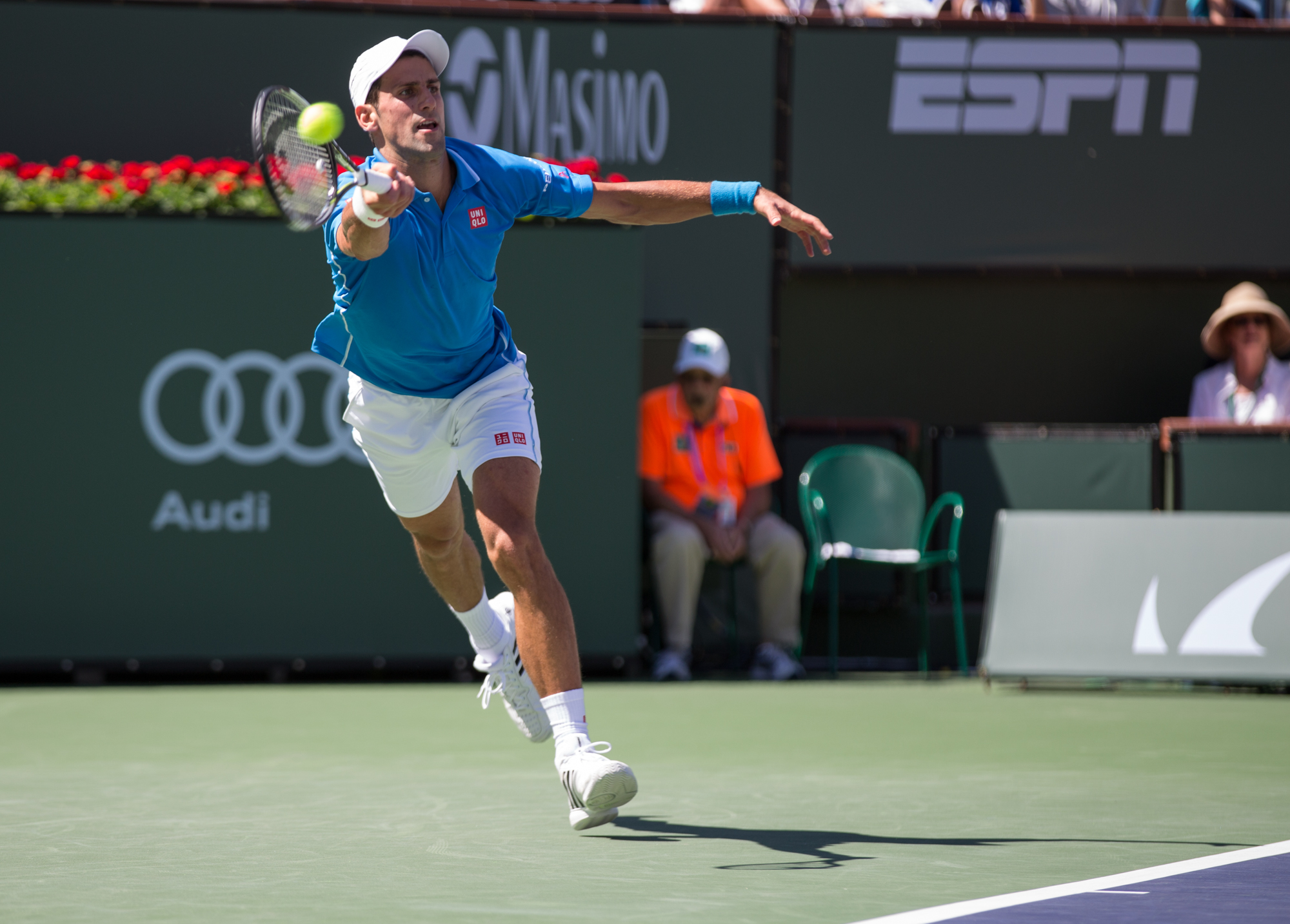 Welcome to Tennis Elbow, the column that looks back on the week that was in the world of tennis. This week, Charles Blouin-Gascon recaps Novak Djokovic’s excellent 2015 season.

When will Novak Djokovic stop this season?

He’s technically already lost in 2015, twice as a matter a fact—against Roger Federer at the Dubai Duty Free Tennis Championships final and against Ivo Karlovic way back at the Qatar ExxonMobil Open at the beginning of the season.

Djokovic has already lost two matches, but his 2015 season could well be on its way to being more impressive than all that he accomplished four years ago, during his timeless 2011.

Oh, of course it isn’t right to compare the two. One season is finished while the other is only a third of the way through, so the accomplishments of the latter will certainly pale in comparison right now. The Serb’s 2011 season, when he didn’t lose over four and a half months and for 41 matches, is among the very best that the sport has ever seen. You likely remember it, but here are some of the highlights: Djokovic won three Grand Slam and 10 overall titles, over $12 million in prize money and compiled a 10-1 record against Rafael Nadal and Roger Federer.

If Nadal called this 2011 season “probably the highest level of tennis that I ever saw,” it’s likely because it very well could be. It’s also because the Spaniard lost six finals against Djokovic, on three different surfaces.

Djokovic’s 2015 season pales in comparison as I am writing this, but the clay court season has only barely arrived. Yet, already his accomplishments hint at perhaps an equally great season; it’s not only that Djokovic has won the 2015 Australian Open, it’s that he has won literally every event of note so far. His two losses have occurred at minor tournaments, after all.

It gets better. He’s made history in 2015, for example. In winning the 2015 Monte Carlo Rolex Masters, Djokovic became the first player ever to win the first three Masters 1000 events of a season. You have to go back to last season, in September for the 2014 Shanghai Rolex Masters, to find a tournament of note that the Serb hasn’t won; in total, the 27-year-old has emerged victorious at the previous six events he competed. (Tennis is a sport where, by and large, the larger public mostly cares about only the best players and the best tournaments.)

But the reason why I am so bullish for the remainder of Djokovic’s season is not because of something like #NoleFamDay, but rather that his two main opponents appear to be out of sorts.

Federer only plays tennis here and there and, while he will compete at Grand Slam events, he doesn’t appear to be up to the task of challenging the very best in the five-set formula. More and more, Federer needs to avoid one or two of Djokovic, Nadal and Andy Murray if he hopes to add to his haul of 17 Grand Slams, and even that might be a stretch: he had had the perfect draw at the 2014 US Open and couldn’t even seal the deal.

Meanwhile, the other pretender to Djokovic’s throne is in even worse shape. For the past few years, Nadal has always had difficulty staying healthy and in peak playing condition for long periods of time, but he never had problems competing mentally.

That might be changing. Rumours had had it that Nadal’s confidence was low, something he has confirmed, but it could be even worse than anticipated if we are to believe Dr. Allen Fox. Maybe Nadal isn’t quite a broken man, but the player of old wouldn’t have lost in straight sets to Fabio Fognini.

For the first time in his career, Djokovic could be relatively alone at the top and, as a result, could accomplish something that neither Federer nor Nadal have ever done: win the Grand Slam. Oh, but don’t take my word for it—this prediction comes from my colleague Parsa Samii.