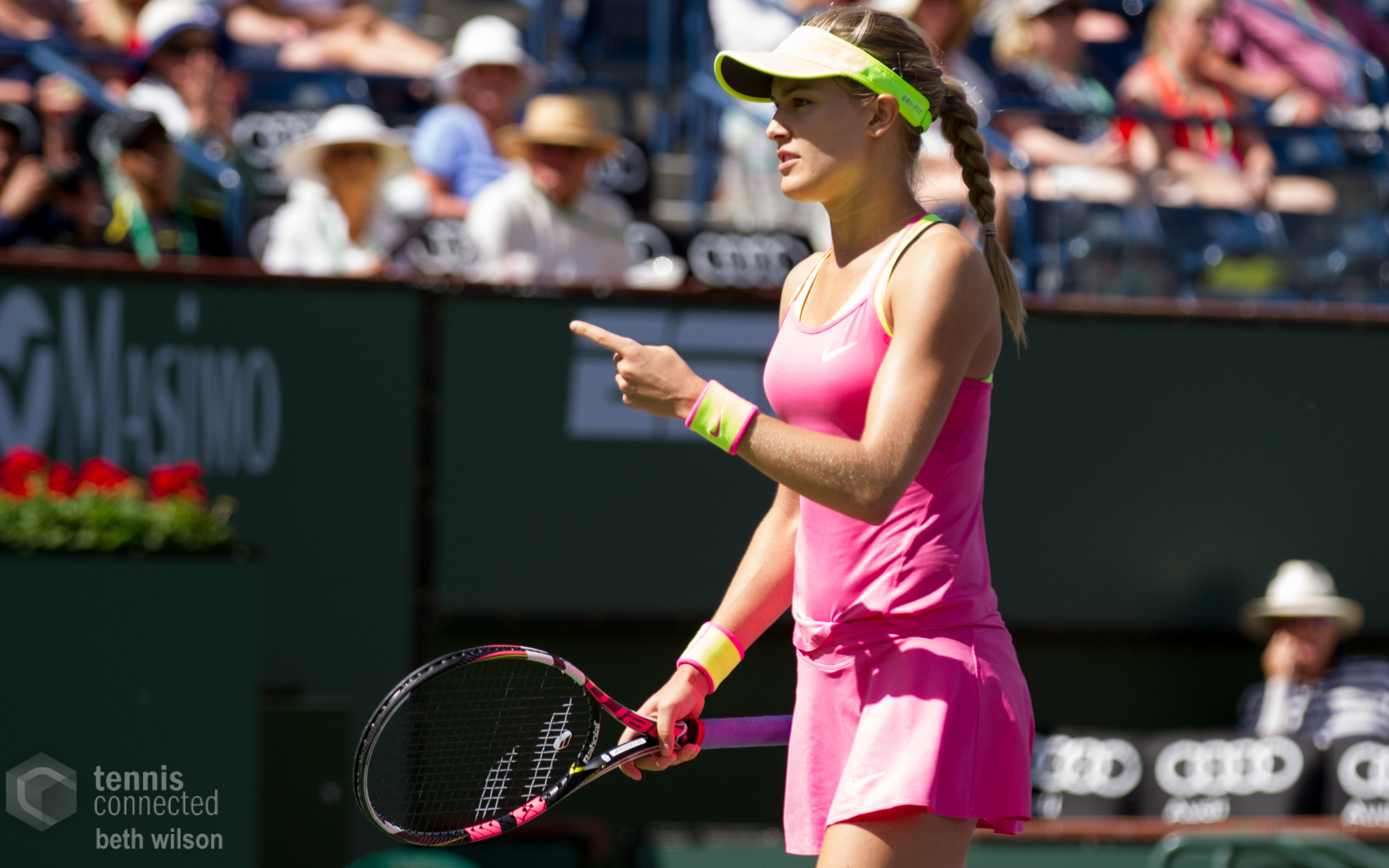 Welcome to Tennis Elbow, the column that looks back on the week that was in the world of tennis. This week, Charles Blouin-Gascon recaps the Fed Cup weekend in Montreal.

If there’s a silver lining, it’s that at least the two losses will not count on her year-to-date official record. Eugenie Bouchard lost two Fed Cup matches, but I guess that they don’t count.

Canada lost its tie in the World Group Playoffs over the weekend against Romania by the score of 3-1, a result that relegates the country in the World Group II of the Fed Cup for the 2016 season; the team’s first stint in the main group since 1994 lasted all of a few months.

A look at the team’s roster for the tie says that captain Sylvain Bruneau settled on very much the same lineup as the one he had selected for the previous tie against Czech Republic (i.e. Sharon Fichman, Gabriela Dabrowski and Françoise Abanda), save for one exception.

Yep, hometown favourite Eugenie Bouchard was among those donning the Canadian colours, something she had decided not to do in Quebec City against Czech Republic earlier in 2015. Had she been available then, Bruneau would have of course picked Bouchard but the player had decided to forego the opportunity. As a result, she was criticized in many places, notably in this very column (i.e. my wish is that my readers bring the same passion that they criticize with when they praise someone; they were rough in that column).

But this week, let’s praise her. Let’s praise her for understanding that while the Fed Cup isn’t the biggest competition of the WTA Tour season, she knows that she shouldn’t turn down too many matches when her confidence appears shaken, no matter where these matches happen. She has withdrawn from the Porsche Tennis Grand Prix this week, sure, but that’s likely due to the fact that she wanted to compete in this Fed Cup tie.

Yes, this weekend back in her hometown only added to Bouchard’s misery, but at least she can hold her head high knowing that she competed and represented her country. It’s not a match won, but maybe it’s something?

Then again, maybe not. In the two matches that she played at Maurice-Richard Arena—yep, a Fed Cup tie played in an arena, only in Canada—Bouchard looked distraught and like she would have preferred to do ANYTHING but play tennis.

This malaise isn’t new for the Canadian. For the past few months, starting with the inaugural Prudential Hong Kong Tennis Open last September and then following this season with her coaching saga, Bouchard has made headlines mostly for the wrong reasons. This weekend also, maybe you want to overlook the two matches she lost against lower-ranked players, in which case you’re still left with a bad headline.

A bad headline and a non-handshake. When she was the young upstart, a stunt like not shaking an opponent’s hand at a press conference was adorable and tolerated because winning cures all ills.

But now? Bouchard has lost three Tour matches in a row (plus those Fed Cup matches) and has only a 15-15 record since losing the 2014 Wimbledon final. So when she decides to not shake her hand this time, it’s not quite as funny. What is funny, rather, is when the opponent that she shunned at the press conference beats her and then mocks her non-handshake gesture with her coach. Because, yep, winning cures all.

And yet, are we making too much out of this? Sure, her confidence appears incredibly shaken. But she did make the quarterfinals at the Australian Open and that’s what Bouchard’s fans (and optimists) will point to.

But if she continues playing this way, surely she will not equal that result at Roland Garros.