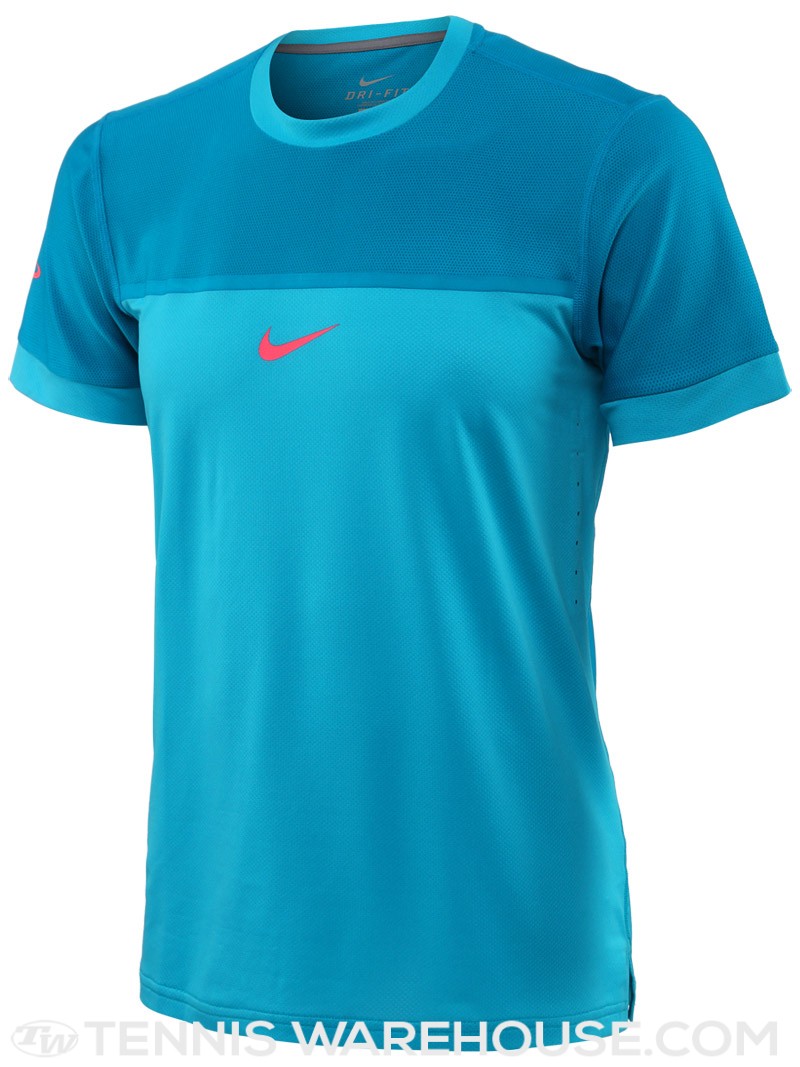 With the clay-court season on deck, the Nike Tennis cast of Roger Federer, Rafael Nadal and Grigor Dimitrov are set to unveil the latest Nike Tennis 2015 Summer Collection.

Embracing the red-crushed brick in Europe this year, Federer will aim to win his first Monte Carlo title, while setting up his game in style for the French Open later in May. Scheduled to wear the Nike Premier RF in light retro, teal and key lime, Federer’s matching shorts will be the Summer Gladiator Short in classic charcoal, key lime and white. Federer’s latest colorway for the light-weight Vapor 9.5 will be in midnight navy, light retro (green) and white. The Swiss’ Tech Fleece jacket this time around will be seen in key lime and classic charcoal.

Always one to thrive during the clay season, Nadal will be adamant on winning as many titles as he can when he debuts the Summer Challenger Premier Rafa Crew in blue lagoon with hot lava. The key piece to Nadal’s latest kit will likely be the Summer Rafa Gladiator Premier 7″ Short in  white with hot lava. The Spaniard will also be seen in Premier Rafa Jacket in light blue Lacquer and hot lava and his footwear on the dirt will be the Lunar Ballistec 1.5 in persian violet, midnight navy, black and hot lava.

Australians Nick Kygrios, Thanasi Kokkinakis and Bernard Tomic will also be outfitted in the all-new 2015 Summer collection from Nike Tennis. Juan Martin del Potro, Borna Coric, Ryan Harrison and Filip Krajinovic will also be players to watch out for as they continue to rise up the rankings in their Nike gear.

Mutua Madrid Open 2021: Order of Play for Saturday, May 8