Welcome to Tennis Elbow, the column that looks back on the week that was in the world of tennis. This week, Charles Blouin-Gascon previews the 2015 Miami Open, presented by Itau.

There is no time to waste on the tennis calendar, where one big tournament does not wait for another.

Those of you lucky enough to have the means to escape our brutal (and never-ending) winter should head over to Miami with Grand Slam Tennis Tours for some sun and some excellent tennis. (A shameless plug: I’m happy and proud to announce that I’m joining our friends at GSTT for Travels & Tennis, a column that applauds readers who decide to combine business with pleasure.)

After an excellent 2015 BNP Paribas Open last week, we turn to the warmth of Florida for the Miami Open, presented by Itau. Right after the biggest non-Grand Slam is the second biggest. We’re the real winners here, folks.

Oh, and the tournament will crown two actual winners, of course. Read on for my predictions. 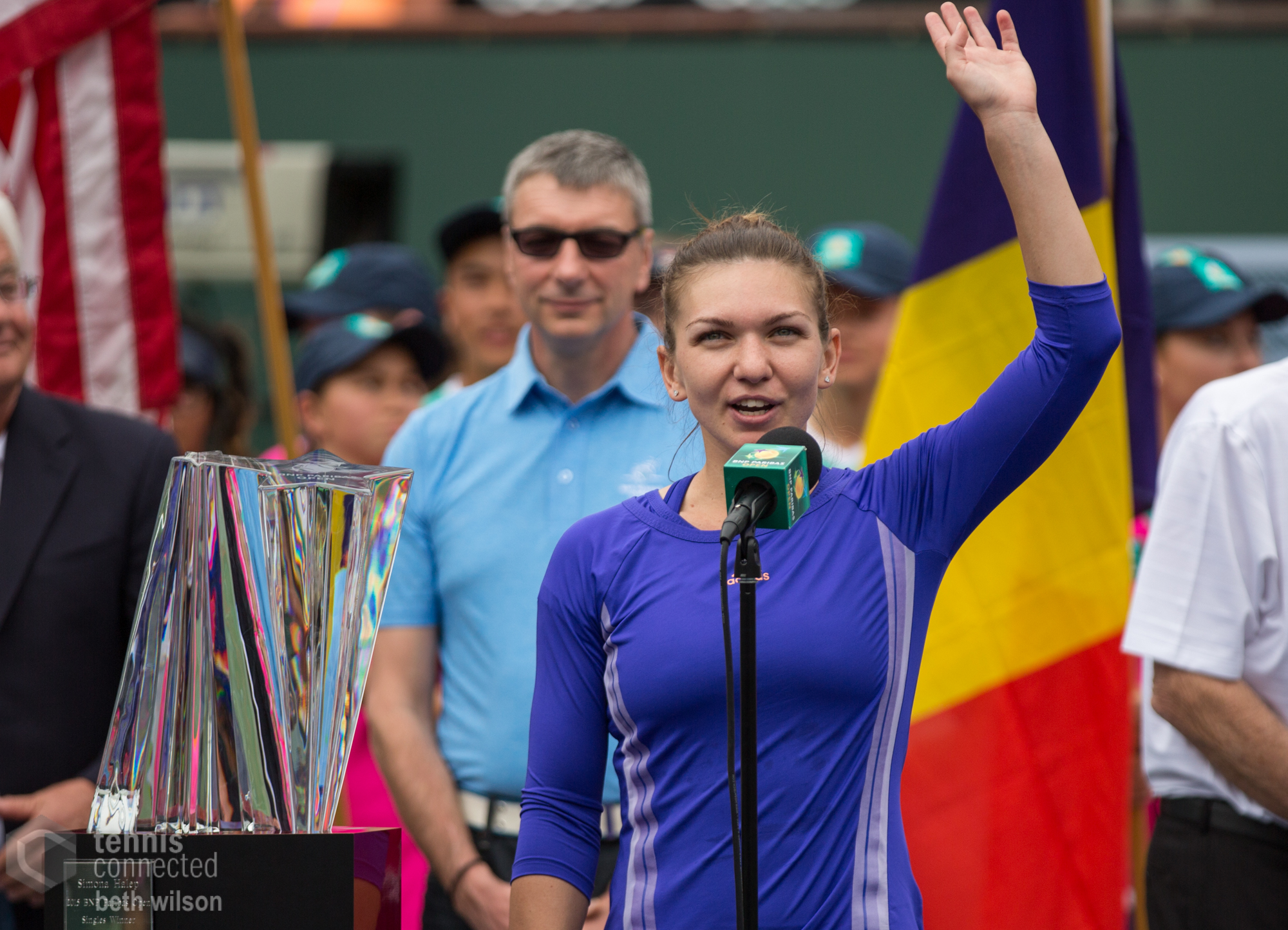 Serena Williams closed the books on a traumatic and sad episode of her career by participating in the BNP Paribas Open for the first time since 2001. Now, she gets to focus strictly on tennis.

The No. 1-ranked player arrives in Key Biscayne as the defending champion and gets a fairly tricky draw. (This is saying a lot, knowing who she is.) She will likely play her first match against her old friend Monica Niculescu, then either Svetlana Kuznetsova or Angelique Kerber will be next. She’ll beat Garbine Muguruza before getting rid of Sabine Lisicki in the quarterfinals.

Simona Halep is playing as well as she ever has and, except for maybe fatigue, I don’t see how she loses in this second section. She will have tricky matches, possibly against fellow Indian Wells finalist Jelena Jankovic, but she should pull through. She’ll be matched up against American Madison Keys, who will have overcome Canadian Eugenie Bouchard in the “Who’s got next?” battle.

We are not in the business of patting ourselves in the back when we make a correct prediction, if only because it looks so tacky and is so much more convincing when a third party does the patting on our back, but we are proud of having called Carla Suarez Navarro’s march to the Indian Wells quarterfinals last week. We don’t get many predictions right, so we cherish the ones that we do nail. I’m trying it again this week.

There’s a fourth and final section, from which Maria Sharapova should emerge rather unscathed. There really aren’t many players that should give her fits, although if she were to stumble early then it would wreak havoc and open things up for someone like Andrea Petkovic. The German has enjoyed a good 2015 season thus far—though, it must be said, her lone title came on a walkover in the final at Antwerp. 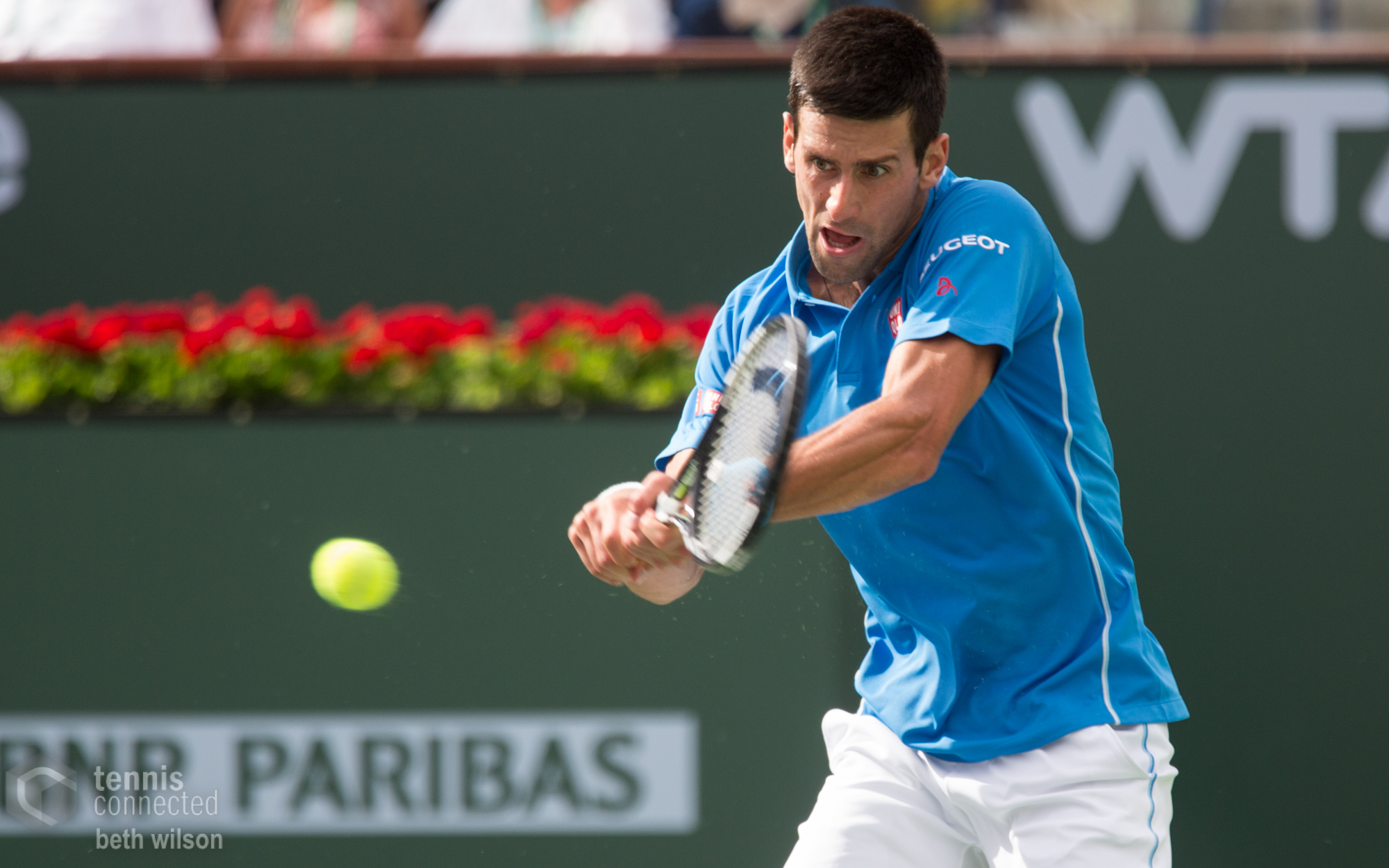 The wins, and the money, keep piling up for Novak Djokovic. Can he add a fifth title at Key Biscayne?

Yes. Yes, he certainly can. The Serb has won 18 of his previous 19 matches in Miami and has a very favourable draw. Maybe Tommy Robredo can win a set off of him, sure. But not Lukas Rosol in the quarterfinals.

You have to feel for Canadian Milos Raonic. In his never-ending quest to further break through and maybe challenge and threaten the royal trio of Djokovic, Roger Federer and Rafael Nadal, Raonic keeps hitting the glass ceiling. He tries to soar so, so hard but it seems like every time, one of the three is there to hit a smash winner—or, when that first player fails, then another awaits and is successful. Raonic will likely be among the two or three best players on the ATP World Tour, but it may not happen before the current top 3 players have retired. To win a Masters 1000 event, a player shouldn’t have to beat, in succession, Nadal, Federer and Djokovic. One day, Milos. One day.

Andy Murray has fared well over the years in Florida and the 2015 season should be no exception. The draw is manageable and the Brit wouldn’t even mind finding Feliciano Lopez in his path in the quarterfinals—he’s 10-0 against the Spaniard for his career. (He should also pull through against Stanislas Wawrinka, but this implies that the Swiss makes it that far—far from a certainty, considering that he is only 2-2 in his most recent four matches.

The final section of the main draw belongs to Rafael Nadal and that would mean something at any other tournament except for this one. In his entire career, the Spaniard has yet to capture a single “Miami Open, presented by Itau” title. (I’m writing this as if it should be a gimme.) Nadal will prefer not to expand too much energy here, given that the clay court season is right around the corner, but he should make quick work of Fernando Verdasco and Guillermo Garcia-Lopez in his first two matches. Tomas Berdych looms in the quarterfinals, and the Spaniard will get to avenge his loss in Melbourne.