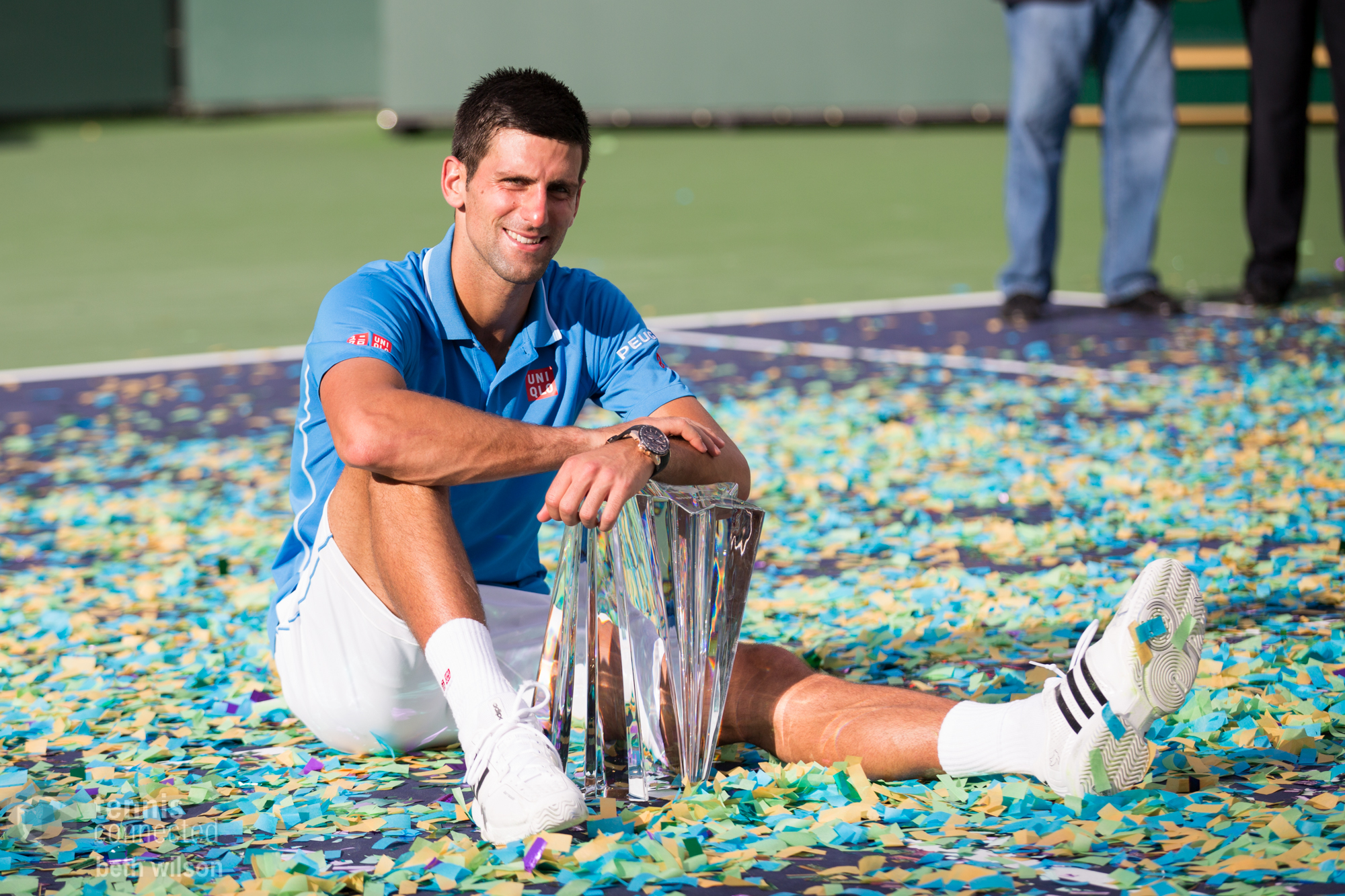 Top seed Novak Djokovic needed all of his talent and physicality on Sunday at the BNP Paribas Open to upend No. 2 seed Roger Federer, 6-3, 6-7(5), 6-2.

After dominating the first set, Djokovic double faulted consecutively in the second set tiebreaker to hand Federer the advantage. Not to be derailed in confidence or focus, Djokovic fought through some challenging times at the beginning of the third set before pulling away with the victory. Notching his 60th career title, Djokovic also earned his fourth title in Palm Springs and captured his 18th victory against Federer in 38 meetings. Winning $900,400 for his triumph, Djokovic will next head to the Miami Open in Key Biscayne, where he is also the defending champion.

Federer, who will miss the Miami Open, is next slated to see action at the Monte Carlo Rolex Masters in Monaco.