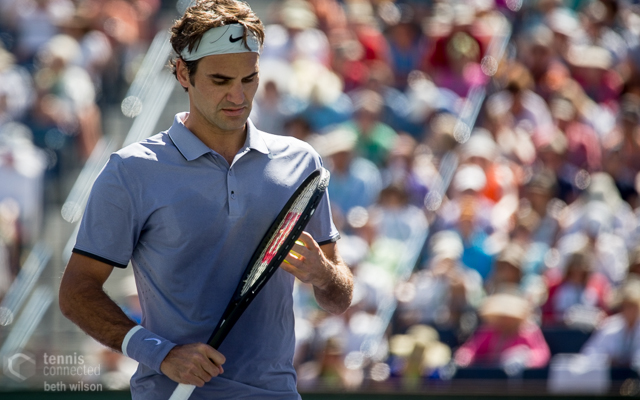 Welcome to Tennis Elbow, the column that looks back on the week that was in the world of tennis. This week, Charles Blouin-Gascon recaps the 2015 Dubai Duty Free Tennis Championships.

In 2015, Dubai has a familiar king, with Roger Federer dominating Novak Djokovic 6-3 and 7-5 in the final to capture a seventh career crown at the United Arabs Emirate.

But, it’s about the loser of this final that I would rather write this week, as Djokovic had lofty praise for the Dubai Duty Free Tennis Championships earlier in February. “I don’t know a single player who has played here and has a negative feeling about the tournament,” Djokovic said, according to The National. “It definitely deserves to have a 1000 event, in my opinion.”

The “it” in that last quote stands for Dubai, and should this promotion happen the city would have an event in the same Masters 1000 category that includes the BNP Paribas Open and the Miami Open. If this happened, the event almost certainly would have to be moved, as it would be unprecedented to have three tournaments of such magnitude so close to one another. Spread the wealth, so to speak.

Should the ATP World Tour reconsider Dubai’s event classification? Well for one thing, the tournament certainly attracts the bigger and the better players on Tour. It’s well respected among them and if you don’t believe Djokovic, then consider the fact it has been voted the ATP World Tour 500 Tournament of the year award every year (except 2007) since 2003.

There’s one sign that the tournament may be much bigger—some may even say “major”—than what it currently is. Federer’s win in 2015 means that the champion has been him, Djokovic or Rafael Nadal in 13 of the previous 14 years. We’re used to this trend at the Grand Slams, or the Masters 1000s, but not for tournaments in Dubai’s class.

But of course, this is mostly coincidental and not quite a supportive reason for the event’s promotion.

What is, however, a reason is the following. The event is undoubtedly popular, with more than 115,000 spectators in 2014 (i.e. as a point of comparison, 148,341 attended the 2014 Rogers Cup in Toronto). The Duty Free Championships doubles as a WTA Tour tournament, which means that an awful lot unfolds over the course of a mere few days and for what remains just a Masters 500 event.

Yet, there’s another side to this same token. Of the 13 Masters 500 events on the ATP calendar, Dubai’s financial commitment of $2,5 million is fairly average.

Money rules the world, and the tennis world appears intent on conquering the Middle East. The creation of the International Premier Tennis League says as much, and so would the promotion of the Dubai masters to the 1000 category.

From an outsider’s perspective, the UAE certainly seem to be the kind to get what they want. Burj Khalifa. Palm Jumeirah. The Dubai Foutain and the Dubai Mall. As we’ve learned recently with Madrid’s ill foray into blue tennis courts, money can buy you just about whatever you want.