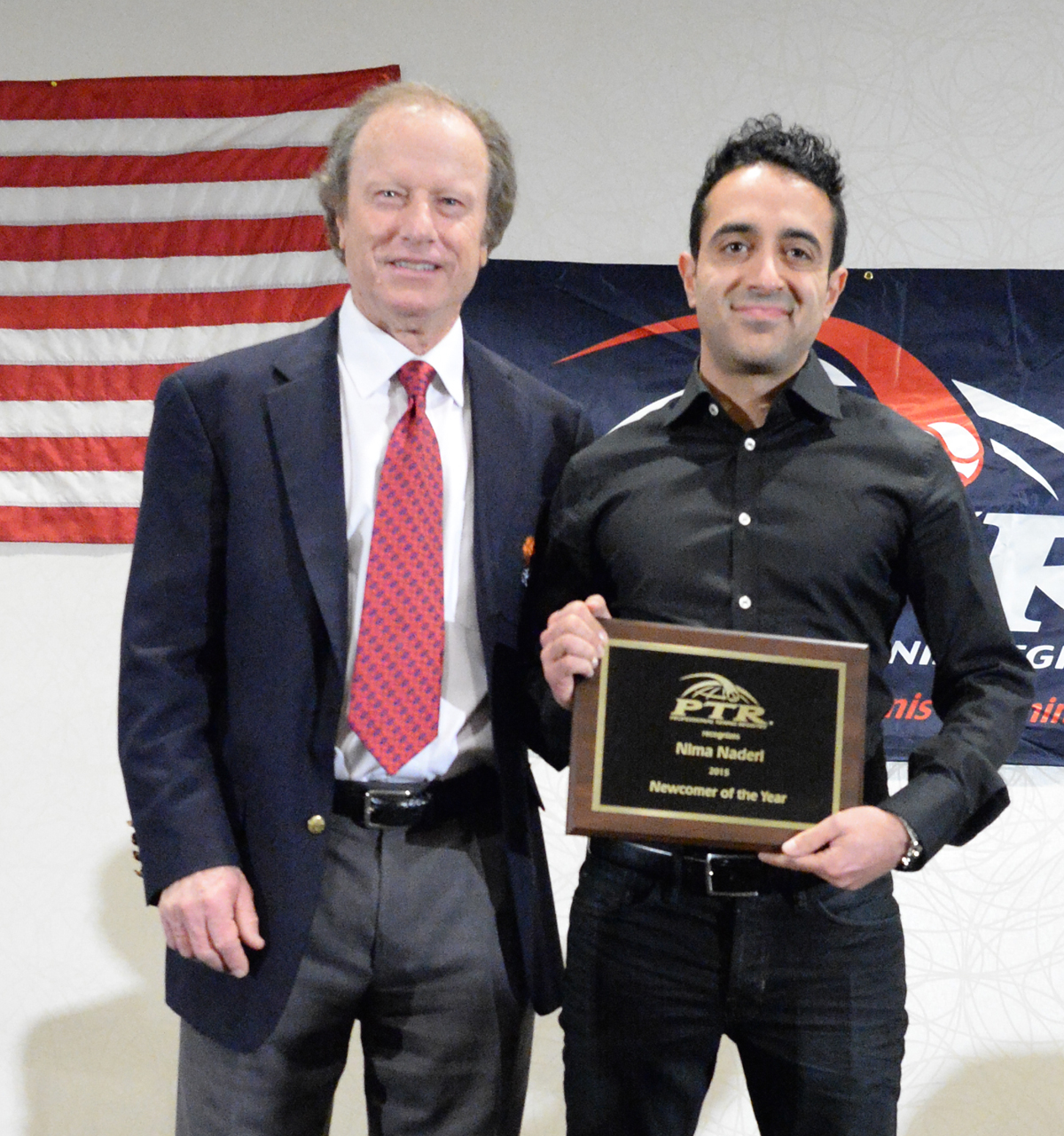 Nima Naderi, of Richmond Hill, Ontario, Canada, has been named PTR Newcomer of the Year. Naderi joined PTR in June and by October had earned Professional ratings in all four education pathways! Equal to his quest for knowledge is his willingness to share it. He looks for ways to translate his certifications to helping his students perform better on the court.

Naderi is the Editor in Chief of TennisConnected.com, and has written articles for Tennis Canada, the ATP World Tour, TennisPro, Tennis View, Jaguar and the Bayviewer. He has been accredited at the US Open, Australian Open, French Open, Wimbledon, BNP Paribas Open, Rogers Cup and Monte Carlo Masters. He has interviewed the likes of Roger Federer, Rafael Nadal, Novak Djokovic, Serena Williams and Maria Sharapova.

Naderi also hosts the #1 Tennis Podcast on iTunes for TennisConnected and has been a radio personality on CBC Radio, CTV News, Fan 590, talkSport Radio and Channel 4 News in the UK.

Naderi started playing tennis at age 12 and never looked back. He has coached tennis for 18 years and has worked with nationally ranked players.

In addition to PTR, he is a member of the Tennis Professionals Association (TPA) and certified with the Ontario Tennis Association. Currently, Naderi is Head Professional at Bayview Golf & Country Club in Thornhill.

Bayyview Director of Tennis, Geoff Bower told us, “When I think of Nima I think of the adage, ‘The greatest value of having good people around you is not what you get from them, but the better person you become because of them.’ That’s how I feel about Nima. He inspires me to improve and be better.”

Naderi inspires us all.

PTR is the largest global organization of tennis teaching professionals with more than 15,000 members in 125 countries. It has the greatest percentage of multicultural and women members of any such organization. PTR is dedicated to educating, certifying and servicing tennis teachers and coaches around the world in order to grow the game.