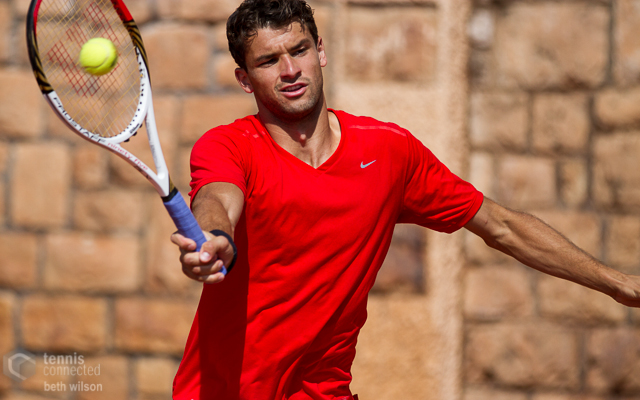 Aussie legend Lleyton Hewitt, competing in his nineteenth consecutive Australian Open, started off in sizzling form against Benjamin Becker in the evening session on Day 4 but eventually ran out of gas, succumbing to the German in 5 sets. Whether or not Hewitt steps onto Rod Laver Arena again remains to be seen, with the Aussie contemplating retirement at the end of 2015.

Top seed Novak Djokovic sounded a warning to his rivals on Day 4, blitzing Russian Andrey Kuznetsov in straight sets. Milos Raonic and Stan Wawrinka also recorded 3 set wins, whilst John Isner and Kei Nishikori logged 4 set victories. Jerzy Janowicz outlasted Gael Monfils in 5 sets but the news was better for seeds Ferrer, Verdasco and Lopez, all of whom advanced. Joining Monfils on the sidelines on Day 4 were fellow seeds Giraldo and Bautista Agut.

In the women’s tournament, Sam Stosur’s miserable run at home continued, the Aussie seed going down to American Coco Vandeweghe in straight sets. Two-time champion Victoria Azarenka showed she would again be a contender this year, defeating eighth seed Caroline Wozniacki in straight sets. Serena Williams and Agnieszka Radwanska also claimed wins, with Cibulkova, Kvitova and Muguruza among the other seeds to advance on Day 4.

Fresh from seeing off one Italian in the form of Simone Bollelli in round 2, Roger Federer faces another Italian in round 3 in the form of Andreas Seppi. Seppi is a former top 20 player who is a good mover around the court and a consistent counterpuncher from the baseline.

Federer had a few off moments against Bollelli, but it was hard to tell if that was due to the problems he was experiencing with his finger or due to the play of his opponent. In any event, after dropping a set to Bollelli, I think Federer will put in a more consistent performance today and race through this match in straight sets. Seppi can’t really hurt the second seed, and Federer will take full advantage of that fact. Federer in 3.

I mentioned the other day that Ekaterina Makarova was a dark horse, and I wouldn’t be surprised to see the Russian still in the draw as we enter the second week of the tournament. However, she faces a stern test against rising star Karolina Pliskova. The Czech is now ranked 20 in the world after making it through to the final in Sydney last week, and is one to watch in 2015.

Makarova has greater big match experience at this stage, so I’m favouring the Russian to come through this encounter, but I wouldn’t be surprised if Pliskova comes up with the goods. Makarova in 3.

After surviving an almighty scare against compatriot Alexandra Panova in round 2, second seed Maria Sharapova will be firmly focused on producing a much more polished performance against Kazakh upstart Zarina Diyas in their round 3 clash today.

Diyas is a rising star on the WTA Tour, currently at her all-time ranking high of 31 in the world. Playing in the marquee night session on Rod Laver Arena might spook the youngster, although she has handled most things well in her career to date. I think Diyas will give a decent account of herself but Sharapova will be all business in this one.  Sharapova in 2.

After being exiled from the tennis world for refusing to take a drug test, Viktor Troicki has bounced back in the best possible way now that he is back on the ATP Tour. Troicki captured the title in Sydney last week and has backed up that win with excellent victories over Vesely and Mayer in Melbourne.

Berdych, a semi-finalist in Melbourne last year, will start as the favourite but the former world number 12 Troicki is likely to give him a bundle of headaches. I’m picking this one to go the distance and for Berdych to squeeze through by the skin of his teeth. Berdych in 5.

The Bulgarian star has started off the tournament in very impressive form, and under the watchful eye of coach Roger Rasheed, will want to improve on last year’s performance, where he challenged Rafael Nadal in the quarter-finals but couldn’t quite capitalise on his chances.

Veteran Baghdatis is past his best but the former Australian Open finalist has plenty of support in Melbourne and, as he showed in upsetting David Goffin, still has the ability to make life very difficult for the world’s best.

Put your house on: Roger Federer. There are no certainties in sport, but the Swiss star is about as reliable as they come.