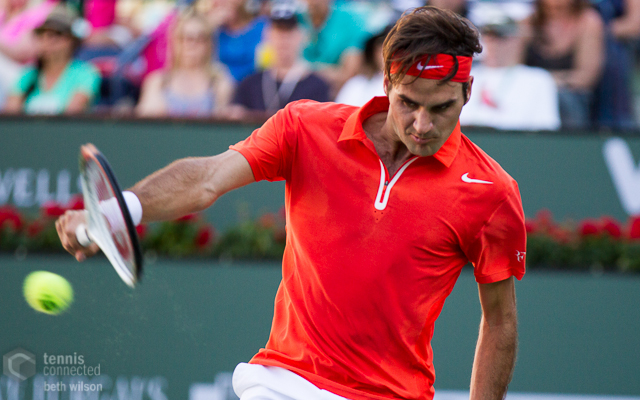 Was the 2014 season a fulfilling one for fans of the ATP World Tour? There were plenty of different results throughout the year, highlighted by four different Grand Slam winners. The Masters events featured a tad more in the consistency department with Novak Djokovic winning four times, Roger Federer taking home two titles, and Stanislas Wawrinka, Rafael Nadal and Jo-Wilfried Tsonga capturing one title each. The diverse winner’s column this year poses an interesting question: Is it good for the sport when there are so many different winners? We’ve been treated to domination by the Big 4 for so long that 2014 provided a little more uncertainty with regards to the contenders and pretenders for titles. If you ask me: the sport is at its best when there for 4-6 guys at the top battling for every single tournament. Rivalries are the key to the best storylines.

However, the fact remains that a bulk of the ranking points are based on the four Majors and nine Masters tournaments. Great success in these events will pretty much guarantee a top 10 finish at the end of year. While six of the current top 10 ranked male players in the world own a slam, the likes of Milos Raonic and Kei Nishikori will be eager to build on career seasons during 2015.

Based on my Projected Top 10 Rankings for 2014, you’ll notice that I have a lot of work to do this time around. Federer roared back to the top of the rankings (after I had him finishing outside of the top 10) and powerhouses such as Juan Maritn del Potro and Jerzy Janowicz either sustained injury or lost interest. Nadal was sidelined for large portions of 2014 but still finished at No. 3. Can the Mallorcan regain the top spot in 2015? One has to think that there’s only so many times he can reappear and dazzle us all, while leaving the opposition in the dust.

Where will Andy Murray fit into the top 10 equation when 2015 is over? He still has top 10 talent but hasn’t had a big win in an awfully long time. Ditto goes for Tour workhorse David Ferrer. The compact Spaniard did finish at No. 10 this year but his days as a marquee player must be coming to an end. Finally, can flamboyant Australian Nick Kygrios maximize on his ability and inch closer to a top 10 spot?

1. Novak Djokovic: Whether it’s a Djokovic year or not, Nole is right where he needs to be regarding his game and results. I’m feeling a 2011 type of season for him in 2015, but even if he doesn’t soar to those heights again, his game, fitness and mentality should be more than enough to end the year as the top player in the world. Regardless of finishing at the top spot for a fourth time in five years, I still don’t believe that Djokovic wins his first French Open.

2. Rafael Nadal: Pending on his health and how much more he can beat up his body, Rafa is still such an iconic figure that writing him off would be foolish. Turning 29 in May and being on Tour for 15 years, Nadal still has enough passion and power to be a force. Still my favorite to win his 10th title in Paris, Nadal could get on a roll and win two majors next year. This of course all depends on his health and if he can play 11 months without any absence. I would love to see that happen but history is definitely not on his side.

3. Roger Federer: Playing carefree tennis these and being healthy for the most part (see his withdrawal from the WTF Final), Federer still has the goods to play a few big matches during 2015. Blessed with effortless power and movement, Federer’s greatest challenge over the next 12 months will be to put seven matches together in a row throughout a fortnight. We all know that he wants at least one more slam before he retires, but will he get a better chance than he had at Wimbledon or at the US Open this year? It will certainly be tough to recreate those scenarios next year. Federer will always be relevant to the sport and fans alike but he’ll likely stay at 17 Majors until he retires.

4. Kei Nishikori: If fitness is his friend in 2015, Nishikori will reach a top four ranking. Currently ranked at No. 5, Kei is hitting his groundies about as well as anyone out there and as he continues to develop his serve (I’m hopeful) and improve on is volleys (hopeful again), he should have another stellar season. Michael Chang has done wonderful job with Nishikori in 2014 and there’s no reason to think that won’t continue throughout 2015.

5. Milos Raonic: With a shot-gun of a serve, there’s real no ceiling for this young Canadian. Carrying himself with maturity, Raonic is determined to win majors and be No. 1 in the world. I’m not sure about his ability to win a slam in 2015 or to gain the No. 1 ranking, but as my friend Rob Koenig has often said: “That serve is worth a million bucks a year, easy.” Based on that statement alone, Raonic will end 2015 in the top 10 and likely in the top five. For Milos to move up any higher, he’ll have to beef up his second serve points won (currently ranked No. 12) and of course return much better.

6. Stan Wawrinka: The Davis Cup hero will have everything to prove as the defending champion at the Australian Open. Even though Wawrinka played great in the DC final and during the WTF, something tells me that he starts slow in 2015 and loses a lot of points. Remember, he also won in Monte Carlo in a great match over Federer in early Spring. That said, Stan will show glimpses of being the man in 2015 and that could very well happen with a deep run at the French Open. I could also see Wawrinka playing well in New York to end the Slam (Stan’s) season.

7. Andy Murray: I’m not quite sure what to make of Murray these days. He looks likes he’s training hard in Miami, he’s made a lot of changes from by getting engaged, downsizing his coaching staff and picking up a new apparel sponsor, but something tells me that Ivan Lendl knew way more about Murray’s future than we did. Leading the Brit to two Majors and an Olympic Gold medal, Murray was a shell of himself in 2014 and that will likely continue next year. Andy’s had a heck of a good career but winning another slam will be a tall task for him.

8. Tomas Berdych: Dropping to a ranking position that has many interchanging names throughout the year, Berdych will likely continue in the mold that he’s shown in the past two years. Not winning anything of significance for quite sometime, the tall Czech should continue to make between 8-10 quarter and semifinals next year. One can only think what Tomas could’ve accomplished in his career with a better mentality toward the sport. 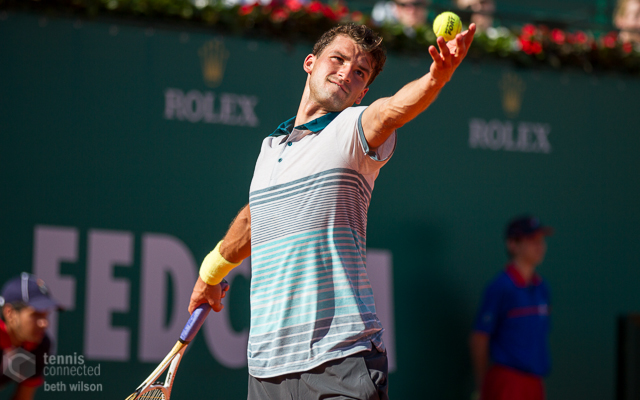 9. Grigor Dimitrov: A model for the game in more ways than one, Dimitrov still doesn’t have that signature victory to make him a threat for a higher ranking. Great at social media and making the highlight reel, Grigor will have to acquire an overall commitment to the game on a day-to-day basis that has allowed Djokovic, Federer and Nadal to achieve what they have to date. Still, Dimitrov’s a great guy to watch and a player that has tremendous star power.

10. Marin Cilic: Turning heads like crazy by winning the US Open in September, Cilic will have enough points to sustain a top 10 ranking until New York. That buffer will allow him to play his way into the season and feel more comfortable when he’s a marked man in NYC. I like Marin as a person and as a player, but I’m not sure if he has the killer instinct to beat the likes of Djokovic or Nadal when it matters the most. That lack of a killer instinct will likely have him heading close to or out of the top 10 in the next 12 months.

Notable players to watch for in 2015:

Nick Kygrios: If he doesn’t get burnt out then watch out for this youngster. He has everything necessary to be a top 10 player and time is still on his side. Will the flamboyant Australian flourish Down Under and make a quick strike for a top 10 position? I was reluctant to place him at No. 9 or No. 10 simply because he’s currently ranked No. 52. However, if he comes out blazing in Oz then he could definitely end 2015 as a top 10 player.

David Goffin: A silky smooth game has Goffin as a player to watch for in 2015. Currently ranked No. 22, David has an effortless array of weapons that can trouble the best in the world. If he can stay with the top players mentally then he can certainly be one as well.

Gael Monfils: The best athlete that tennis has ever seen can afford to come and go as he pleases. Monfils has been playing some good ball as of late and I do suspect that he’s realized that turning 30 is not too far away. Still, this is Gael Monfils that we’re talking about and he could very well attempt a forward facing tweener on championship point of a Masters or Slam event. We would love him either way for it.

Do you agree or disagree with my picks? Tell me your projected top 10 year-end rankings for 2015 below. You can also follow me on Twitter @TennisConnected.