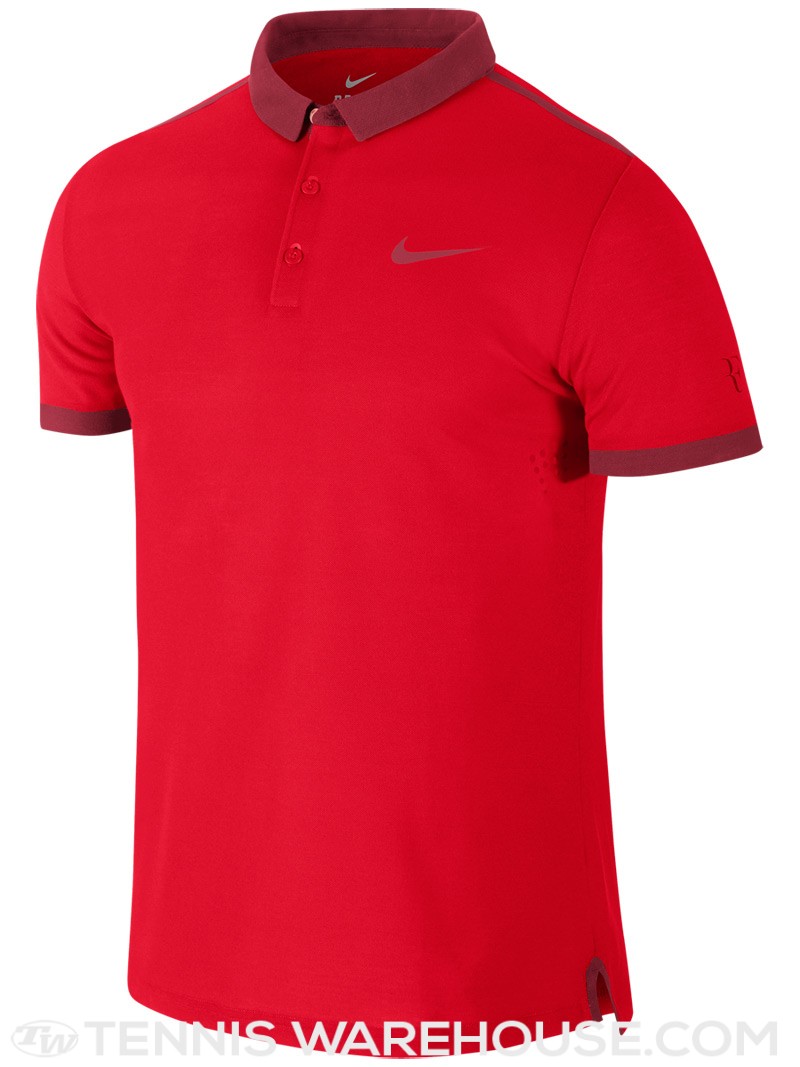 The last quarter of another great tennis season ends at the World Tour Final in London for the best players in the world. Nike’s top star Roger Federer will be looking for title No. 7 at the O2 Arena in London. Boasting a whole new line for Holiday 2014, the team at Nike Tennis once again has many new styles and colors for the avid to casual player to enjoy.

Always a fan favorite in London, Federer will begin his WTF campaign by sporting the Winter RF Advantage Premier Polo in challenge red with team red & university red, which will be seen with the Winter RF Premier Gladiator Short in medium ash with university red and light ash grey. Federer’s warm up to end his year will be the Winter Premier RF Sweater in team red with medium ash and silver wing and his latest colorway of the Vapor 9.5 will be featured in gym red, white, black and hyper punch. (The Vapor Zoom AJ3 is available at Nike.com).

Rafael Nadal and Grigor Dimitrov, who will not be participating in London, were stated to wear the following kits:

Rafa Nadal’s latest ensemble includes the Rafa Premier Winter Crew in dusty cactus with cooper flash, which will be paired with the Winter Rafa Premier Gladiator Short in grey. The Spaniard will also debut his latest colorway of the ultra-light and durable Lunar Ballistec in white, dusty cactus, black, hyper crimson and will complete his outfit with the Winter Premier Jacket in medium ash with silver wing.

Grigor Dimitrov’s stated look in London will be the Winter Advantage Polo in black with white and light magnet grey, which will be paired with the Holiday Gladiator 10″ Short in black with cool grey. The Bulgarian will also be featured in the Vapor 9.5 in gym red, white, black and hyper punch.