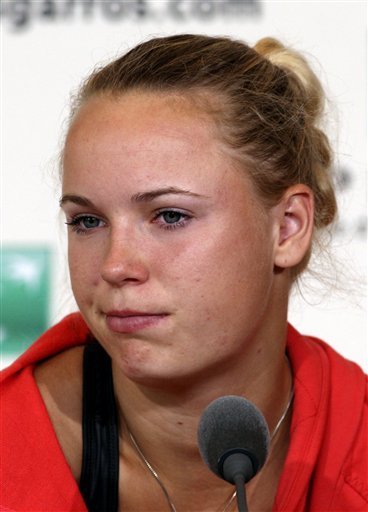 Monday will see Flushing Meadows play host to a men’s final that nobody expected, a match-up whose odds of eventuating were 5000-1 at the beginning of the tournament. Day 13 saw Kei Nishikori shock top seed Novak Djokovic and Marin Cilic outclass second seed Roger Federer to set up a surprising and historic men’s singles final. Meanwhile, Serena Williams and Caroline Wozniacki go head to head today in a battle for the ladies’ singles championship.

After back-to-back 5-setters against Raonic and Wawrinka, Nishikori was given little chance of upsetting the world number one Djokovic in the opening men’s semi-final. The Japanese star had spent 3 and a half hours more on court than Djokovic in the lead-up to the semi-final, but Nishikori showed no signs of wilting in the hot and humid conditions, the weather clearly suiting the 24 year old, who has been based in muggy Florida for the majority of the past decade.

After the tenth seed edged Djokovic in the opening set, 6-4, the Serb immediately fired back, racing through the second set for the loss of just one game. The third set proved decisive, with Nishikori forced to save multiple break points before squandering a chance to serve out the set at 5-3. The set went to a tiebreaker and for once it was Djokovic who was unable to deliver under pressure, dropping the opening 4 points of the tiebreaker and eventually losing it 7 points to 4. An immediate break in the opening game of the fourth set by Nishikori, and a crucial hold in the next game, which saw him save 3 break points, put the Japanese star in sight of the finishing line and 7 games later he became the first Asian male to make a Grand Slam singles final, claiming a famous 6-4 1-6 7-6(4) 6-3 win.

Having seen Djokovic’s surprise exit, Roger Federer must have been pumped up for his semi-final against Marin Cilic, with the Swiss great no doubt sensing that the title was his for the taking. Cilic, however, had other ideas, delivering another sublime serving performance to completely outplay the 17-time major winner. The first set saw Cilic drop just 5 points on serve, with a solitary break enough to give him the lead after 28 minutes. A similar scenario unfolded in the second set, with  a sloppy service game from Federer handing Cilic the requisite break as the fourteenth seed claimed the set, 6-4, to the delight of coach Goran Ivanisevic. After a little more than an hour, Cilic was just one set away from competing in his first ever Grand Slam final.

At 2 sets to love down, the crowd willed Federer on, perhaps sensing that they were in for another fabulous fight-back along the lines of the recovery the second seed made against Gael Monfils in the quarter-finals. An early break to the 5-time US Open winner had the crowd roaring, as Federer went up 2-0. But this time the Federer recovery was short-lived, with Cilic claiming an immediate break back and then blasting another winner, one of 43 for the match, to claim the critical break in the seventh game of the set. Any threat of Cilic seizing up when serving for the match quickly evaporated, as the Croat sent down a trio of aces before securing the win with a sublime backhand winner.

Close friends Serena Williams and Caroline Wozniacki will contest the women’s singles final today, and you can be sure that both players will be putting their friendship to one side in this encounter. Both players have held the world number one ranking, with Williams currently at the top of the summit, but that’s about where the similarities between the players end. Williams is a 17-time major champion who is looking to capture her third consecutive US Open crown and sixth overall, whilst Wozniacki is into just her second major final and is still looking for a maiden Grand Slam title after being denied the title in New York in 2009 by Kim Clijsters.

The players are also very different in terms of their approach on court, with Williams a master of first strike tennis and Wozniacki far more of a retriever and counterpuncher. The American will seek to dominate on her service games, hoping to score plenty of cheap points on her first serve. Look for Williams to step inside the baseline on the Wozniacki second serve and attack up the line on the return of serve, hoping to get a short ball and to finish the points quickly thereafter. By contrast, Wozniacki will be looking to implement plenty of variety from the baseline, mixing up the pace and spin of her shots as she seeks to keep Williams off-balance and out of position. The Dane’s chances of winning a point increase significantly the longer it goes, so withstanding the initial onslaught from Williams at the beginning of each point is critical to Wozniacki’s chances.

Williams holds a commanding  8-1 advantage in career meetings with Wozniacki, although the tenth seed pushed the American to 3 sets in both of their recent meetings on hard-courts. I think Wozniacki will give a good account of herself and is in the sort of form to take advantage of any weakness from Williams. However, I can’t see Wozniacki having the ability to dictate much of this match. Win or lose, I think this match will be played on Williams’ terms, with the American going for her shots and her success being dependent on her ability to execute. Given her recent success during the North American hard-court swing, it’s hard to imagine Williams not being able to execute successfully. Williams in 3.

That’s it for today. Enjoy the tennis and I’ll be back with another serve tomorrow to recap the women’s final and preview the men’s decider. In the meantime, you can follow me on Twitter: @satelliteserve.