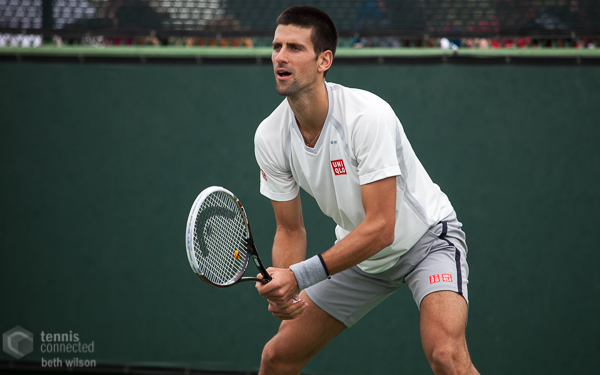 Top seed Serena Williams will look to claim a third consecutive US Open crown on Sunday after advancing to the final courtesy of a straight sets win over Ekaterina Makarova on Day 12. Williams will face Caroline Wozniacki in the final after the Dane progressed when Shuai Peng was forced to retire from their semi-final due to cramping.

Day 13 sees Roger Federer and Novak Djokovic looking to create a rematch of their Wimbledon final, the top two seeds taking on Marin Cilic and Kei Nishikori, respectively, in the men’s semi-finals.

Top seeded Williams delighted the crowd on Arthur Ashe Stadium on Day 12 by steamrolling past the Russian Makarova, racing out to an early lead and not letting her opponent into the match thereafter. Makarova, who shocked Williams at Melbourne Park in 2012, was unable to match Williams in the power stakes in the first set and, despite a tougher contest in the second set, couldn’t push the match to a deciding set, Williams prevailing with a 6-1 6-3 win in 60 minutes. The 17-time major winner has now lost of a total of just 26 games across 6 matches.

Caroline Wozniacki is into her second career Grand Slam final 5 years after making her first US Open final, the tenth seed advancing courtesy of Shuai Peng’s retirement. Peng came into the match in top form, having taken down a host of seeds en route to the semi-finals. For the first 2 hours of the match, Peng matched the former world number one shot for shot, pushing the first set to a tiebreaker, only to see Wozniacki race through it for the loss of just one point.

The second set saw Peng again take an early lead, before Wozniacki clawed her way back into the set. At 4-3 to Wozniacki in the second set however, Peng began to suffer the effects of severe cramp in the warm and sunny conditions, requesting a medical timeout and then being forced to retire once it became clear that her movement would be significantly impaired.

Kei Nishikori has developed a reputation as being injury-prone, but in his last couple of matches the Japanese star has shown incredible stamina and resilience. Back-to-back 5 set matches against Milos Raonic and Stan Wawrinka, both of which extended beyond 4 hours, tested Nishikori’s resolve and desire, but the tenth seed passed both tests with flying colours.

Former French Open winner Michael Chang has, as a member of Nishikori’s coaching team, added grit and determination to Nishikori’s existing skills, which include sublime court coverage and impressive shotmaking abilities off both wings. At 24, Nishikori is approaching his prime, and making his first semi-final of a Grand Slam should provide a strong foundation for the Japanese star to make a run towards the world’s top 15 next year.

Djokovic has been very solid to date at Flushing Meadows, not dropping a set in his opening 4 matches and then weathering the early storm against Andy Murray to prevail in 4 sets in their quarter-final. The top seed will be looking to peak in the final and, having lost one of his previous 2 matches to Nishikori, will not be taking the tenth seed lightly. I think Nishikori, in the semi-finals of a major for the first time, might take some time to find his feet against Djokovic, who is a formidable frontrunner. I predict Nishikori will rally late in the match but I can’t see Djokovic losing this one. Djokovic in 4.

I’m sensing it will be a switched on Roger Federer who enters Centre Court today in New York. The Swiss superstar was on the brink of defeat against Gael Monfils in the quarter-finals, the Frenchman squandering a 2 sets to love lead and 2 match points against Federer. Utilising his vast experience, Federer worked his way back into the match against Monfils and ultimately sailed through the final set, but the second seed will be anxious to avoid such dramas against Marin Cilic in the semi-finals.

Federer holds a 5-0 record against the Croat, but it must be noted that Cilic lost a very close 3-setter in Toronto last month which featured a pair of tiebreakers. Cilic has made one Grand Slam semi-final previously, at the Australian Open in 2010, where he lost to Andy Murray, and he will be far more experienced and composed this time around.

Cilic has bounced back tremendously well from his drugs ban last year, which saw his ranking fall outside the world’s top 40. Under the watchful eye of former Wimbledon champion Goran Ivanisevic, Cilic has upped the speed and consistency of his first serve and is looking more confident on court in all departments.

I think Cilic will push Federer for the first couple of sets, which are likely to be hotly contested. From there, I think the Swiss star will be too strong, and will pull away for the win. Federer in 4.