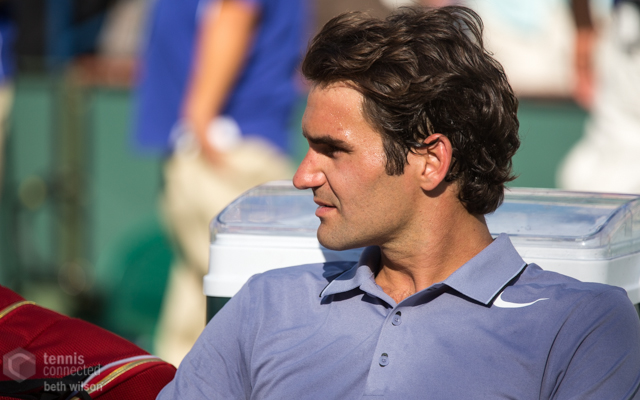 Men’s stars Djokovic, Murray and Wawrinka all progressed to the second round on a warm and sunny opening day of play in New York, with women’s seeds Sharapova, Radwanska and Kerber also making it through to round 2.

Whilst Djokovic was clinical in recording a straight sets win over Diego Schwartzman, and Wawrinka impressed in a 3 set victory over Jiri Vesely, Murray was made to fight all the way in his win over Robin Haase. The Scot battled cramps, and was lucky to see Haase squander a chance to take the match to a deciding set, with Murray eventually scoring a scrappy 4 set win.

Among the other men’s seeds in action on Day 1, there were wins for Raonic, Robredo and Tsonga, whilst Julien Benneteau was upset by his countryman Benoit Paire. Meanwhile, Wimbledon star Nick Kyrgios claimed another scalp, beating two-time US Open semi-finalist Mikhail Youzhny in a tight and heated 4-setter which saw the young Aussie on the brink of being disqualified.

In the women’s tournament, Simona Halep and Venus Williams each battled back from a set down to book a place in the second round, as Angelique Kerber, Andrea Petkovic and Caroline Wozniacki were also stretched to 3 sets before progressing. Agnieszka Radwanksa underlined her title credentials, losing just one game in her opening round match, whilst Maria Sharapova was impressive in defeating Maria Kirilenko in straight sets.

Young American Taylor Townsend, along with other rising stars Madison Keys and Sloane Stephens, is being groomed as one of the successors to Serena Williams in terms of the next generation of American women’s tennis, but Townsend’s game is very different to the one employed by the current world number one.

Whereas Williams’ game is all about power, with very little subtlety about it, Townsend is a crafty player who has enjoyed plenty of success at junior level by employing a diverse game incorporating deft touch and sublime angles. Townsend made it through to the third round of this year’s French Open, but it’s fair to say that she still has plenty of work to do before she establishes herself on the WTA Tour. This should be a great learning experience for Townsend, but I fear that Williams will show little mercy on her younger opponent. Williams in 2.

New York has never been a particularly happy hunting ground for Petra Kvitova. Whilst the two-time Wimbledon champion has reached the semi-finals or better of each other major, at the US Open the Czech star has never made it past the round of 16. However, Kvitova showed by dominating the field in New Haven last week that her Wimbledon hangover has well and truly evaporated.

Former world junior champion Mladenovic is a talented player, who knocked Li Na out of this year’s French Open en route to the round of 32. That said, I don’t think the Frenchwoman has the stroke-making artistry or the raw power of her opponent today, and if Kvitova is on song then the third seed should run out a comfortable winner. Kvitova in 2.

Marinko Matosevic is becoming better known for his unusual antics (check out his victory roll after winning his first ever Grand Slam main draw match in Paris earlier this year, or his tirade of abuse at an umpire in Cincinnati a couple of weeks ago), rather than for his tennis, but the Aussie is a former top 40 player and a natural born competitor.

But whilst Matosevic will literally throw everything at Federer, the unflappable Swiss star should have few worries in overcoming his opponent today. The 17-time major winner is in a rich vein of form, and Matosevic doesn’t have the kind of raw power that can hurt Federer. Matosevic is usually very solid on serve and from the back of the court, but that’s not enough against a player of Federer’s calibre. Federer in 3.

To my mind, this is one of the most intriguing matches of the day, pitting up-and-coming American Madison Keys against the erratic but talented Jarmila Gajdosova. Keys has forced her way into the world’s top 30 as a result of a string of strong performances, including a third round appearance at the All England Club last month. In front of her home crowd, Keys will be desperate to do well at a venue where she has collected only one main draw win previously.

Gajdosova has had some injury troubles and various other off-court issues over the past couple of years, but the Aussie is a former top 30 player and has made the round of 16 at both the French Open and Wimbledon in the past. A brilliant ball-striker, Gajdosova has nothing to lose in this encounter and will go out all guns blazing. This should be a close one, but Keys’ recent good form should propel her to victory. Keys in 3.

The past 12 months or so have seen veteran Pennetta make a stunning return to tennis following a lengthy injury-induced lay-off. A semi-final appearance at New York last year, along with a trip to the quarter-finals of this year’s Australian Open, has Pennetta on the cusp of the world’s top 10 again, and the Italian will be eager to replicate her 2013 efforts at Flushing Meadows this year.

Goerges is a talented and hard-hitting player who has been ranked as high as 15 in the world. However, the past couple of years have not been kind to the German, who has won just a pair of Grand Slam matches since her run to the fourth round of the 2013 Australian Open and seen her ranking slide outside the world’s top 50 as a result. With Goerges down on form and confidence, I’ll back Pennetta to come through this one without too much trouble. Pennetta in 2.

Put your house on: David Ferrer. The fourth seed should be too steady for Damir Dzumhur. The Bosnian made history by reaching the round of 32 at Melbourne Park earlier this year, but I can’t see him getting past the tenacious Spaniard.

Likely to go the distance: The clash between Germany’s Dustin Brown and Aussie Bernard Tomic should not only be highly entertaining to watch, but should also be mightily close. I’ll back the Aussie to prevail in the decider.