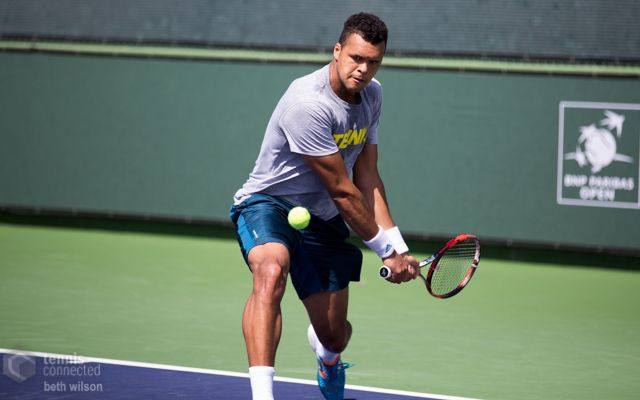 Monday morning sees play get underway at the final major of the year, and there are some blockbuster opening round matches on Day 1 at Flushing Meadows. Here are my thoughts on the day’s best matches.

Maria Sharapova is almost always intensely focused on her matches,but there’s absolutely no chance that the French Open champion is letting any complacency set in before her first round match against Maria Kirilenko. Kirilenko upset Sharapova in the opening round of the 2010 Australian Open and, despite enduring an injury-riddled past 12 months, the former world number 10 is a superb ball-striker and capable of upsetting her compatriot.

In Melbourne in 2010, Kirilenko outlasted Sharapova in a titanic 3 set struggle that last more than 200 minutes, but Sharapova’s record in 3-set matches in more recent times is superb, as her fighting run to the title in Paris underlined. I expect Kirilenko to compete strongly initially, but to gradually fade as the lack of match practice starts to take its toll. Sharapova in 2.

This should be an intriguing match to watch. Wawrinka achieved a lifelong dream in January by winning the Australian Open, but has since found it hard to replicate such form on a week-in, week-out basis. Still, the Swiss star is back on his favourite surface in New York, and has been a strong contender in the last couple of US Opens.

Vesely is a rising star, who put in a very good performance at Wimbledon before going down to another young star, Nick Kyrgios. The lanky Czech leftie has a terrific serve and Wawrinka will need to be sharp with his return of serve if he is to neutralise Vesely’s biggest asset. Wawrinka should have too much big match experience in this clash, but I expect Vesely to give the spectators more than a glimpse of his potential. Wawrinka in 4.

Everyone considers Venus Williams to be a veteran of the WTA Tour these days, but the American’s longevity pales in comparison with that of her first round opponent, Japan’s Kimiko Date-Krumm, who was born in 1970 and turned pro in 1989. Date-Krumm enjoyed a prolonged absence after her first stint on tour, but has worked hard to forge a decent career upon her return to professional tennis, and her tremendous fitness and will to compete make her an inspiration for women across the world.

Williams enjoyed a fine run in Montreal, defeating her sister Serena on the way to the final, only to run out of gas in the final against Agnieszka Radwanska. After Wimbledon, the US Open represents Williams’ best chance of further Grand Slam success, and if she stays healthy and serves well I think she can do some damage in this tournament. Williams in 2.

Three years ago in New York, Andy Murray was staring down the barrel of a surprise defeat at the hands of Robin Haase, who held a 2 sets to love lead over the Scot. The former US Open champion gathered himself and eked out a narrow 5 set victory, but Murray won’t be forgetting the threat Haase poses when the pair step on court for their first round encounter.

Murray exhibited better form in beating Haase in straight sets at Melbourne Park last year, and the Scot will want the match to unfold along those lines as he attempts to gain some momentum after a trying year on tour. Murray is sticking with Amelie Mauresmo as coach for now, and I think it might actually work out well in the long run, but the Frenchwoman needs to get some clear runs on the board with Murray if she is to silence the critics. I think Murray will be too good in this one, but I’m less convinced of his overall prospects in the tournament. Murray in 4.

After a thoroughly mediocre first half of the 2014 season, Jo-Wilfried Tsonga burst to life in Toronto, beating 4 seeded players en route to the title. And it wasn’t just winning the tournament that impressed onlookers, it was the way in which Tsonga did it, blowing Murray, Djokovic, Dimitrov and Federer off the court. Unsurprisingly, Tsonga suffered a let-down in Cincinnati, but I’m sure the Toronto success has the flamboyant Frenchman full of confidence heading into Flushing Meadows.

Former top 10 player Juan Monaco has struggled for form over the past couple of years, drifting to the outer reaches of the world’s top 100, but the Argentine has twice reached the round of 16 in New York and is not a player to be dismissed lightly. Nothing is ever guaranteed with the enigmatic Tsonga, but I think he will be too powerful for Monaco on Monday. Tsonga in 4.

Put your house on: Novak Djokovic. The top seed has been anything but consistent post-Wimbledon, but look for the Serb to refocus his energies on the court at the last Grand Slam of the year. Argentine Diego Schwartzman will no doubt battle valiantly, but he’s no match for the world number one.

Upset alert: Wimbledon surprise packet Nick Kyrgios faces a tough ask against the Russian veteran Mikhail Youzhny, twice a semi-finalist in New York, but after his stunning run at the All England Club it would be foolish to write off the young Aussie’s chances. That said, I think Youzhny will sneak through.

Likely to go the distance: Playing a countryman is always hard, especially when he happens to be as unpredictable and emotional as Benoit Paire. I think Julien Benneteau will need all 5 sets to see off fellow Frenchman Paire in their opening round clash.

That’s it for today. Enjoy the tennis from New York and I’ll be back with another serve tomorrow.