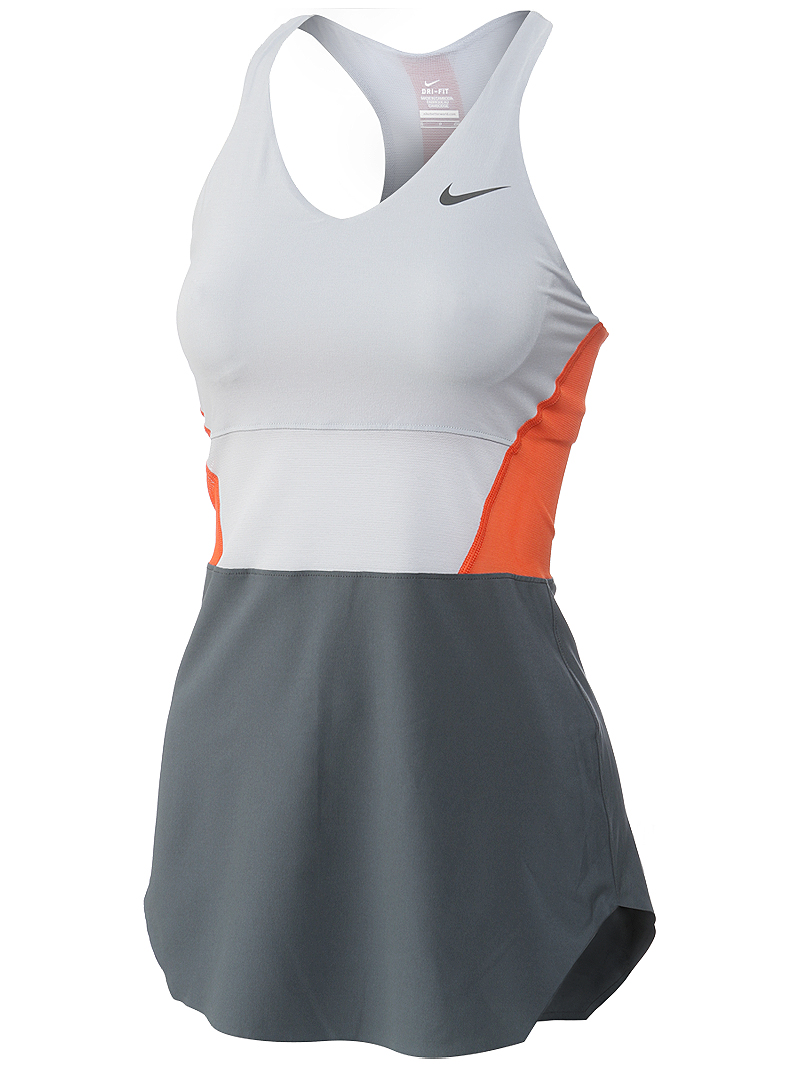 What better arena is there in the world today to showcase the latest women’s Nike Tennis Fall 2014 apparel and footwear than the US Open? Champions such as Serena Williams, Maria Sharapova, Victoria Azarenka and upstart Eugenie Bouchard have set the tennis stage on fire throughout the year with their brilliant standard. Looking for continued success to end off a successful 2014, Nike’s design team will have it’s best stars featured in magnet grey, team orange and hyper pink for the fortnight.

After a rare slamless season, Serena returns to her home Major hungrier than ever. Poised to win her third-straight title at Flushing Meadows, Serena’s latest Fall Serena Dress will be highlighted in hyper pink with ivory and will be emphasized by its stand out print and curved hem.

Always one to embrace the glitz and glamor of NYC, Sharapova will aim for grand slam number six when she debuts the Fall Maria Day Tunic Dress (pictured to the right) in light magnet grey with dark magnet grey, team orange and anthracite. This functional piece is designed to keep you cool during hot summer days yet it also has the looks to keep you styling after your match. Sharapova’s comfortable and quick Vapor 9.5 Tour will be seen in dark magnet grey, bright mango and pure platinum.

Known for her grit and determination, Azarenka will attempt to match her finals appearance from a year ago when she brings her footwork friendly game to the courts of Arthur Ashe Stadium. Scheduled to wear the Fall Premier Sleeveless Polo in deep royal blue with game royal, midnight navy and ivory, Azarenka will complete her outfit with the Fall Victory Short in black with matte silver. The Belarusian’s shoe of choice in NYC will be the Lunar Ballistec in light magnet grey, hyper cobalt, hyper jade and ivory.

Young and ready for more success, Bouchard will be adamant on reaching the semifinals or better for the fourth straight major in 2014. Never surprised with victory but hurt by defeat, Bouchard’s functional Fall Advantage Solid Tank will be featured in team orange and will be paired with the Fall Four Pleat Knit Skort in dark magnet grey with magnet grey. The Canadian is also slated to wear the dark magnet grey, bright mango and pure platinum colorway of the Vapor 9.5 Tour.