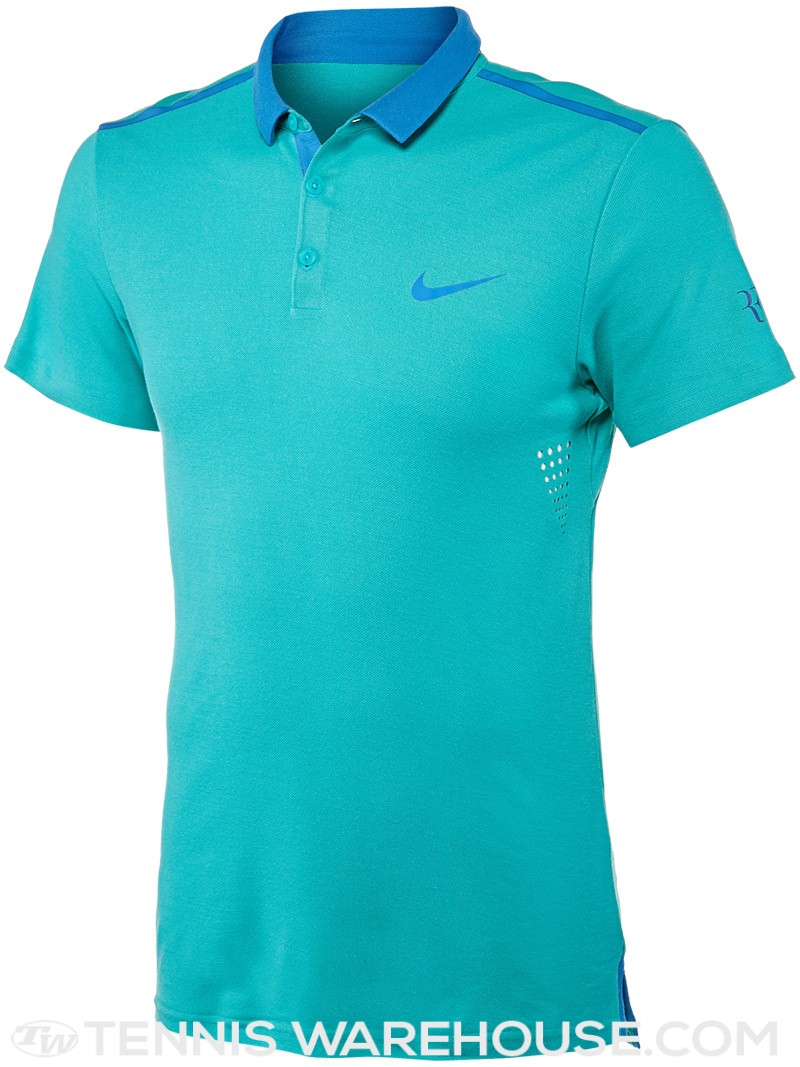 With a chance to capture grand slam glory at the year’s final major in New York, Nike’s star-studded cast of Roger Federer and Grigor Dimitrov are set to debut the latest Fall 2014 apparel and footwear during the US Open.

Looking to feed off of his run to the Wimbledon final, five-time former winner Federer soars into New York donning the sleek and elegant Fall Advantage Premier Polo (pictured to the right) in game royal ivory, which will be paired with the Fall Premier Gladiator Short in game royal with midnight navy and hyper punch. Federer’s stylish warm-up jacket in NYC will be the Fall RF Premier Full Zip Hoodie in deep royal blue with light magnet grey and his latest colorway for the popular Vapor 9.5 Tour will be highlighted in game royal blue with white and hyper red.

Making a statement with each passing week on Tour, talented Bulgarian Dimitrov is ready to show off his array of outstanding shots for the New York crowd. Decked out in the all-new Fall Advantage Polo in game royal with hyper punch, dark magnet grey and black, Dimitrov will complete his outfit with the Fall Gladiator 2-in-1 9″ Short in dark magnet grey with hyper punch and light magnet grey. Grigor’s shoe for his campaign in the Big Apple will be the Vapor 9.5 Tour in blue with hyper red.

Not able to defend his title because of injury, Nadal will be sorely missed in Flushing Meadows this year. The Mallorcan was set to wear the following kit if he was present: Not wearing a sleeveless shirt since 2009, Rafa’s latest version of the “muscle look” will be featured in the Advantage Sleeveless Crew in light photo blue and light magenta for his day matches and dark magnet grey and ivory for his night encounters. Rafa’s innovative and breathable shorts in New York will be the Gladiator Premier 9″ Short in black, dark magnet grey and ivory for his night contests and dark magnet grey, game royal and black for his day tussles. Nadal will finish off his outfit in the royal blue with hyper red Lunar Ballistec and the Men’s Fall Premier Jacket in midnight navy with ivory.