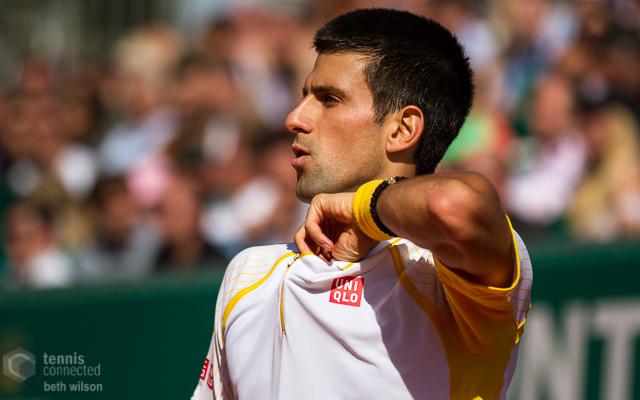 Novak Djokovic is the Wimbledon men’s singles champion again, the Serb claiming his second title at the All England Club with a 5 set win over a gallant Roger Federer in a magnificent men’s final on Day 13.

The first set of the match was a clear indicator that tennis fans were in for something special, with both players striking the ball brilliantly and finding their range quickly. Unsurprisingly, neither player was able to make any real inroads on his opponent’s service games, and the set progressed to a tiebreaker.

A couple of unforced errors off the backhand side by Djokovic gave Federer the mini-break, but the Serb clawed his way back and had set point on his serve. Federer saved that one, and a pair of aces allowed him to take the set 9 points to 7 when Djokovic committed another mistake off his backhand wing.

Losing the first set seemed to spur on the Serb, with Djokovic earning break points in the first game of the set and overcoming a nasty fall to claim a decisive break in the third game of the second set. The top seed maintained his advantage to take the set, 6-4, and level the match at a set apiece.

The third set saw both players maintain a magnificent level of tennis, with the winners outnumbering the unforced errors by a considerable margin on both sides of the court. Both players held serve with ease until the eleventh game, when Djokovic had two chances to take the lead in the set. Some big serving allowed Federer to get out of trouble and once more the players found themselves in a tiebreaker.

This time, it was Djokovic who jumped out to an early lead in the tiebreaker, taking advantage of some errant forehands to establish a 4-2 lead at the change of ends. The Serb put behind him an overrule controversy to maintain his advantage, taking the set 7 points to 4 on a backhand error from Federer.

After one break in 36 games, the match opened up in the fourth set, with the top seed drawing first blood in the fourth game to open up a 3-1 lead. To the delight of the pro-Federer crowd, the Swiss superstar broke straight back, ripping a forehand winner on break point.

Unfortunately for the 7-time champion, he was unable to consolidate the break, with Djokovic restoring his advantage and taking a 4-2 lead. Federer held serve to force Djokovic to serve for the championship at 5-3, but the Serb was unable to do so, slipping in the corner of the court on break point and the 17-time major champion slammed a forehand winner to get back on serve.

There was more drama to come, with Federer first surviving a championship point on serve courtesy of an ace via a successful challenge, and then breaking a deflated Djokovic to take a 6-5 lead as the crowd roared its approval. Holding serve wasn’t easy in the fourth set, but Federer held his nerve and his serve to push the match into a deciding set.

Djokovic had the advantage of serving first in the final set, and kept his nose in front early, despite requiring treatment from the trainer for a troublesome calf. The Serb survived a break point scare in the seventh game, before Federer was required to produce several sparks of genius, including a bold half-volley on break point, to hold in the eighth game.

Federer was forced to serve to stay in the match in the tenth game and, to the disappointment of the majority of the crowd and his legion of fans worldwide, the Swiss legend was unable to do so, slamming a backhand into the net to give Djokovic perhaps the most memorable victory of his career.

For Federer it was a tremendous effort and one that proved that he still has what it takes to win Grand Slams. For Djokovic, it was a huge victory – the loss would have been incredibly hard to take, and the Serb showed his courage and determination in rebounding from the loss of the fourth set to claim a fighting victory.

That’s it for today and this year’s coverage of the action from the All England Club. I trust you’ve enjoyed the analysis. I’ll be back with another monthly piece in August as we start the journey towards Flushing Meadows. In the meantime, enjoy the move back to hard-courts and keep up with all of the action on both the ATP Tour and the WTA Tour by following me on Twitter: @satelliteserve.